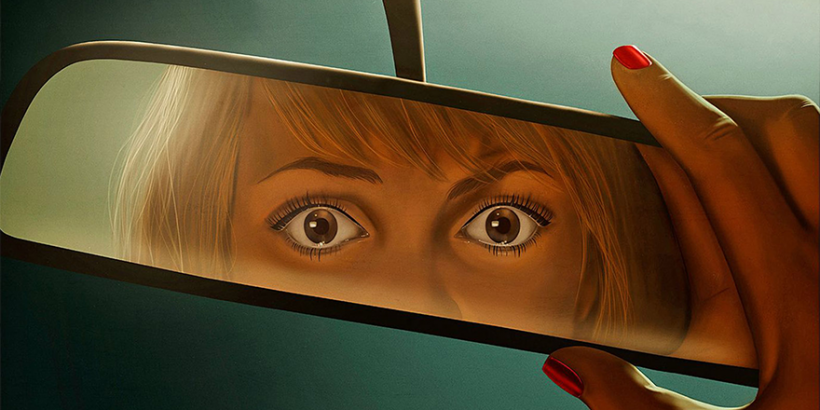 Above: It Follows art poster courtesy of Radius and Northern Lights Films

2015 has come and gone, and what better way to celebrate its passing than by taking a look at the best things about the year behind us—provided that you watch movies, play video games, or enjoy the other sampling of things that I have included here. It’s also worth saying that I did not see every movie, nor play every game in the last year, so it’s possible that your favourite thing isn’t here, or that it’s terrible.

One of the most engaging and thrilling movies in recent memory, The Martian combines hard science, and the infinitely charming Matt Damon in a sci-fi movie that puts a lot of weight in the “sci” part of the genre. The movie feels like a true story for such a huge amount of time, and you may find yourself Googling the main character before you realize that no one has ever been to Mars. It’s believable, and the cast doesn’t have any weak links to speak of. Well worth your time.

Guillermo del Toro has crafted a beautiful and horrifying film with Crimson Peak. Del Toro’s eye for design and obvious love for horror, plus the great performances from Tom Hiddleston and Jessica Chastain make this easily one of the greatest horror films in the last few years, and certainly one of the best of 2015. If you’d like a bit more, you read my review.

It seems that so much love, praise, and attention is given to self-serious and dramatic movies, and, as a result, movies with a very real sense of fun often get lost in the shuffle. Turbo Kid reminded me how much fun movies can be, and how fun they should be. This post-apocalyptic epic is over the top, bloody, and an absolute blast to watch.

Certainly a movie that was met with some polarizing reviews, It Follows beautifully captures the 1980s sensibilities of John Carpenter and Wes Craven, while also feeling like something unique and special. The movie isn’t clear on when it takes place, and it creates a timeless quality that will give the movie some staying power. On top of all that, the soundtrack is absolutely spectacular. This is not a movie to miss.

Without question, one of the biggest cinematic surprises of 2015, giving viewers an over-the-top, all-out action movie that didn’t give you time to stop and rest. You were on this ride from start to finish, and it was an absolute blast. The movie also had one of the most fantastic female characters in recent memory, and she wound up being the lead for most of the movie. If you haven’t seen it yet, do yourself a favour.

Beauty Behind the Madness

No one is more surprised about my love of an R&B album than I am, but from the first single, “Can’t Feel My Face,” I knew this would be one of the big ones for me this year. Sure enough, The Weeknd brings a catchy and undeniably sexy piece of work to music fans with his 2015 album. If you haven’t heard it, or you don’t think you’ll like it, I can promise that it’s worth giving a chance.

No Cities to Love

If there’s just no way that you’ll give a chance to The Weeknd, here’s another one you shouldn’t miss. Sleater Kinney are a dynamite rock act and you definitely want them in your life. Trust me. Plus, their video for “A New Wave” will be an instant hit for Bob’s Burgers fans. There’s not much more to say—if you like rock music, listen to it.

The Jinx: The Life and Deaths of Robert Durst

This HBO documentary series is absolutely stunning. Over six episodes, Andrew Jarecki— director of Capturing the Friedmans and All Good Things—tells the story of the bizarre and disturbing life of Robert Durst and the murders that seem to surround him on a constant basis. Using news clips, interviews, and, perhaps most amazingly, an at-length interview with Durst himself, Jarecki unpacks a decades-old mystery, and the series packs one of the biggest punches in its final episodes that a documentary has ever given. You will absolutely fly through this series.

The ousting of Stephen Harper

No more will we, as a country, have to look into the dead eyes of Stephen Harper, after our recent election ended nearly 10 years of science muzzling, blatant racism, sexism, and so much more at the highest level of power in Canada. He has only been gone for a few months, but it seems that Canadians are seeing more positive change, and active leadership from our new Prime Minister. This was a genuine victory for Canadians, and you should all be proud.

Gay marriage declared legal in the US

Without a doubt, this was one of the biggest and most spectacular pieces of news that hit in 2015. Finally, after an unforgivably long time, the Supreme Court declared that gay marriage was legal across America, all at once. While there has been some push back, and idiots acting like idiots, there’s no denying the sense of joy, and the gravity of this victory. A big high-five to the Supreme Court on this particular occasion.