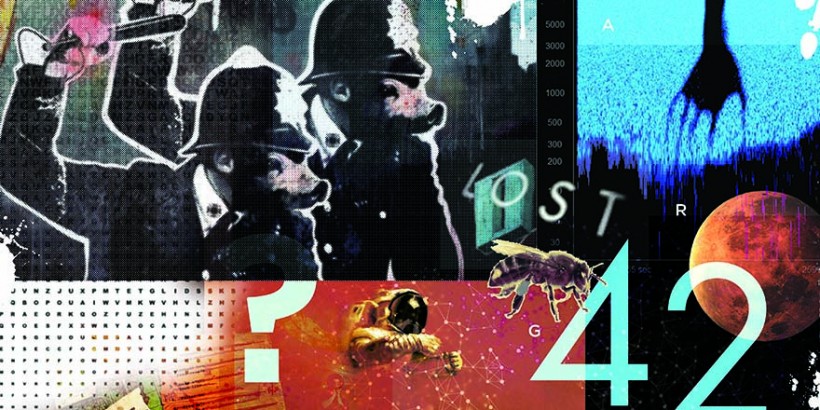 In the summer of 2015, as part of a marketing campaign for Ridley Scott’s film adaptation of The Martian, 20th Century Fox launched a series of YouTube videos which chronicled fictional events leading up to the film. Fox then teamed up with NASA itself to bring an added sense of realism to The Martian’s backstory—the space association triple-checked author Andy Weir’s science, hosted a “Mars Day” to raise awareness of NASA’s ambition towards a manned Mars mission, and, as the Hollywood Reporter called it, launched a “PR stunt far greater than anything Hollywood could concoct” when they announced the finding of water on Mars in October, smack dab in the middle of The Martian’s marketing run.

This wasn’t Fox’s first rodeo; Scott’s 2012 film Prometheus received a similar marketing campaign that had the studio team up with TED talk community director Tom Reilly to help design a futuristic TED conference set in 2023. In addition, a Twitter account was launched featuring the same character as the fictional talk, and those curious could interact with the character and send it questions on the website. The marketing was not just advertising, but an extension of reality.

Both The Martian and Prometheus employed a similar tactic known as a “viral marketing campaign.” You’re probably familiar with the term viral when referring to a hit YouTube video that spreads across social media as quickly as a virus. Viral marketing campaigns follow that same strategy: Create a campaign whose sole purpose is to spread across the internet via word-of-mouth. But both of these films also employ a further element known as the ARG—the alternate reality game—a marketing design that dates back to the early days of social media internet (aka Web 2.0) in 2001.

An ARG is an interactive experience that harkens its name to the sci-fi concept of the multi-verse. In participating in an alternate reality game, you are role-playing as yourself in an alternate world or reality. It may be a near future of our world, or a far future in a different one, or even a fictional present day; the timeframe doesn’t matter, but interactivity is imperative to immersion. Fox’s collaboration with NASA for The Martian made it easy to forget the fiction, but its campaign was only inspired by ARGs, not one itself. Prometheus didn’t necessarily ask you to role-play, but it did offer interactivity.

Prometheus co-writer Damon Lindelof was likely the link that led to Fox’s ARG ambitions. Lindelof was the showrunner for the hit television series Lost for its entire six-year duration, and was involved in the show’s viral ARG campaign, The Lost Experience. The Lost Experience was host to extended mythology that tied into the show, including character stories and even a novel. The “game” part referred to the puzzle element of finding clues and messages hidden within the plethora of videos and websites created for the ARG—just like a videogame player finding secrets (or “Easter eggs”) in a game world.

The Lost Experience was not the first viral ARG campaign, but it was one of the most influential; Lost co-creator J.J. Abrams went on to direct and produce Cloverfield in 2008, a film whose details were shrouded in secrecy and could only be deciphered through an ARG which was controversial for its complexity and ultimate pointlessness. Contributors to the ARG solved password puzzles and decrypted image and sound files across over a half-dozen mysterious websites. Abrams continued his trend of viral marketing when he directed Super 8 alongside producer Stephen Spielberg in 2011 to less success—an ironic twist when realizing that in 2001, the first of the modern ARG was launched under the helm of a Stephen Spielberg film.

It was called “The Beast,” and rightly so. As an innovative marketing campaign for the 2001 film A.I.: Artificial Intelligence, The Beast consisted of over 30 websites and a dynamic narrative which was affected by community progression over 12 weeks. According to Unfiction, one of the leading ARG forums, “players decoded messages encrypted with a World War II Enigma machine cipher; translated German, Japanese, and Chinese text; and created a nightmare database to trap an insane AI named Loki, who was “hacking” a swath through the in-game websites.” Additional puzzles included references to lute tablature, as well as real world “clues scrawled in public restrooms in major US cities.”

After the success of The Beast, the writers, producers, and developers involved (some of whom worked for Microsoft at the time) founded 42 Entertainment and began working in collaboration with videogame developer Microsoft Studios for a marketing campaign surrounding Halo 2. Ilovebees.com was launched in 2004, and from there players went on what the New York Times called “an endlessly intricate hybrid of scavenger hunts and role-playing adventures.” On August 24, 2004, 210 GPS coordinates were posted on the website. If followed, players would find payphones which would then ring at times specified by the website, and if players were there at the right time and answered the call with a specific password, they would be presented with a URL link to a new piece of media, such as cryptic audio or visual clues, which, once decoded, would offer lore and mythos regarding the upcoming Halo 2.

ARGs aren’t limited to film or videogames, however. Likely inspired by Pink Floyd’s Publius Enigma puzzle, which tied into the release of the band’s The Division Bell album in 1994, Nine Inch Nails (NIN) and 42 Entertainment collaborated on a viral ARG campaign for the Year Zero dystopian concept album in 2007. Along with dozens of websites pertaining to the narrative, USB drives featuring music files from the upcoming album were left in bathrooms during NIN concerts, and when the files were run through a spectrogram (a program which shows the visual representation of music), secret images and art were revealed. For those who followed the game through to the end by continuing with puzzles released with the launch of the album, the ARG culminated with a final, underground NIN concert.

42 Entertainment used the viral ARG campaign to transcend the digital realm to the point where marketing didn’t feel like marketing. The Beast, I Love Bees, and Year Zero were all about community—they were experiences in their own right. Fans weren’t rewarded with commercials, but with networks and friends, and cursory content which they genuinely found interesting. The ARG has also since moved from a marketing strategy to a full-fledged role-playing genre with a similar acronym. The “augmented reality game” features many of the same communal aspects that 42 Entertainment’s alternate reality games feature, but with more traditional game mechanics and fewer puzzles.

Ingress is a game where players choose a faction to role-play and then go out in the real world to digitally capture areas. The game’s interface appears on your smartphone and augments the world within your phone display so that you can see the alternate reality on your screen. This year, the developer of Ingress will release a Pokémon game in a similar vein. The augmented reality game was also realized by Adrian Hon—one of the biggest hands in solving The Beast 15 years ago. Hon dropped out of Oxford University to pursue his transmedia passion, and became CEO of game developer Six to Start whose augmented reality games The Walk and Zombies, Run! act as both fitness trackers and alternate reality narratives.

The influence of the ARG campaign on today’s marketing landscape is clear. 42 Entertainment earned the Cannes Lion Grand Prix award for their 15-month The Dark Knight ARG, “Why so serious.” The foresight and fortitude to pull off such a lengthy campaign is now the standard, as evidenced by the likes of the 12-month marketing campaign for J.J. Abrams’ Star Wars: The Force Awakens. Even when the scale of interactivity is dropped, the influence of the ARG is still evident; last month press kits were sent out for the upcoming television series The Shannara Chronicles. The kit was unlike any other— a wooden box filled with dirt and a druid tome wrapped in a burlap sack. Just like with The Martian, The Shannara Chronicles began world-building with its marketing materials.

It’s hard not to anticipate the future of transmedia advertising. They say that advertisements are becoming sentient, but it’s not just sentience—it’s humanity. Viral advertising like this entices us to share our experiences and create fan communities and cultures. I still have people on my Facebook feed who have the Year Zero flag as their profile picture. My mom recalled her many hours on Unfiction during the original Cloverfield ARG after watching the trailer for 10 Cloverfield Lane last week. I look forward to seeing if Stephen Spielberg does a new ARG for his 2017 adaptation of Ready Player One, a book about virtual reality which featured its own ARG Easter egg hunt. And even more so, I wonder what Facebook might do with their virtual reality headset Oculus Rift, which is set to release in just a few months.

I wouldn’t be surprised if one day I get a friend request from an advertisement.