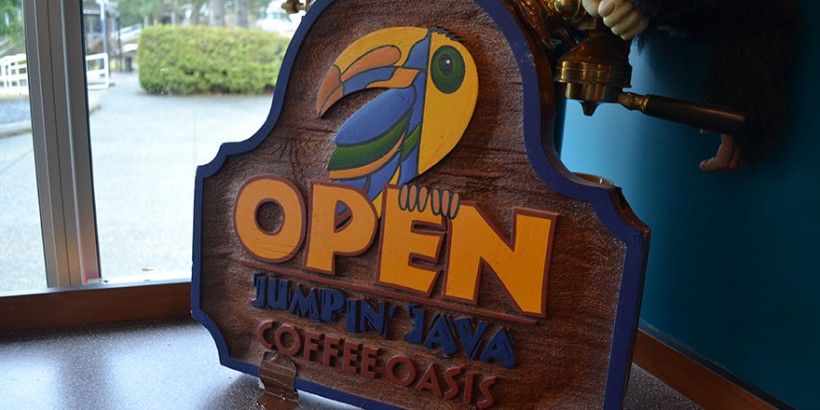 Update February 3, 2016: After 19 years of business, Jumping Java and VIU came to a mutual agreement to close the cafe on campus by April 2017. Original story below.

Threats of removal and negotiations had been ongoing since last spring, but the coffee shop recently decided to go public. According to an online petition at change.org, in favour of  keeping Jumpin’ Java on campus, and comments from staff, the university has pressured to replace the café with a bigger corporation.

Jumpin’ Java shop leader and consultant Sharon Cusack stated that they are not able to discuss in detail the agreement reached with VIU. She highlighted the positivity of having a local business on campus. “Partnerships and supporting local is what VIU is about, so why not grasp that and enjoy it?” Cusack said.

Jumpin’ Java manager Alix Henriksen and employee Samantha Maider agreed. “We deserve more; our customers love us,” said Henriksen. “Within less than eight hours, we had over 100 signatures [on an in-shop petition to keep Jumpin’ Java on campus].”

“I left a bigger corporation to work here,” said Maider. “I would love to stay here.”

A VIU communications representative told the Navigator they are “not at liberty to discuss details of VIU’s business relationship with Jumpin’ Java at this time.”

Jumpin’ Java owner Brian MacDonald says he is remaining optimistic. “We are hoping to work out something amicable between Jumpin’ Java and VIU,” MacDonald said. “It has been a long-term process, but I am recently positive that we have the framework to work something out.”

Despite the tensions between the local business and the university, MacDonald said he is thankful for the feedback he has received from staff and students. “Everybody’s interest and concern has been phenomenal, with all the people supporting our little company,” he said. “We’ve been putting our heart and soul into it.”