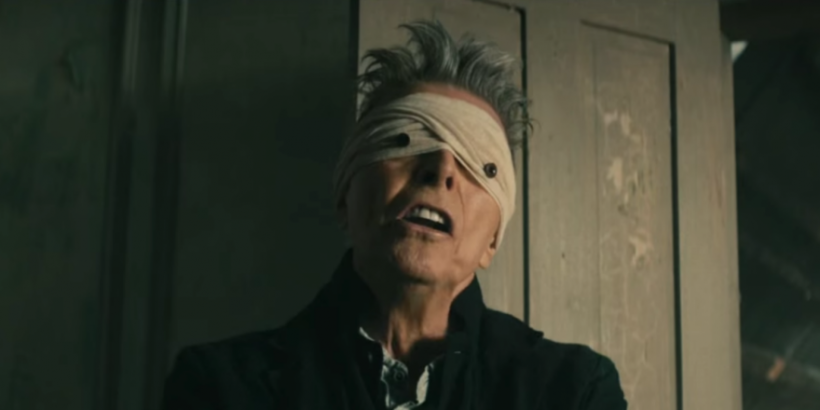 Bowie is dead and the world suddenly credits him for everything cool, everything uncool, making everything uncool into something cool, inventing the very idea of cool, the very idea of everything to ever exist, and possibly a few things that aren’t included on that vast list. They forget that the song “Heroes” is all Bowie needed to contribute to forever be worthy of monuments and monoliths. He’s chain-smoking, with one eye brown, and one eye blue. He’s the eternal star man, and there’s something wrong, and this time it’s not an astronomical coke habit and a penchant for young flesh—a son of the silent age who never failed to always give us a beautiful vocal performance.

Razor wires for guitar strings—this is a blackout, and down on the ink black streets devoid of light, young androgynous rebels in leather jackets count constellations and hope that their dealer can still find them among all this darkness. The only sounds are the heavy cleaver strike of zippo lighters and zippers being drawn down for all kinds of late-night life of Mars-style love.

Am I only coming to all of these conclusions now because he’s dead? Was he lost in the ether of hot wax record collections until his death shot everyone’s copy of Station to Station into action and forced it to fall out of the shelf? No one will know, and debating such things is foolish.

All we know is that we are lesser now. That is one thing that all of the papers and blogs and posts and rants and pieces of writing (including this one) get right. I did not know Bowie the person, but I knew of Bowie the idea, and that idea was one that clicked its heeled boots, chopped its rails out, and sang whatever the fuck it wanted regardless of the culture. Then, when it became sick of that idea, it moved on to the next one—a chameleon indeed.

One thousand cheesy obituaries typed to cash in on something trending—the anti-Bowie. This piece is included with all of those as well. I tried to make it a little different, but being different? It ain’t easy, no matter how many sentence fragments you churn out in a small room after reading too much Beckett. He won the Pulitzer, though, so there must be something at the bottom of this well besides rats and more ranting?

I’m done, I need some sleep, and I think my spaceship knows which way to go, which is enough sound and vision for me to make it through the night. There, that’s enough.