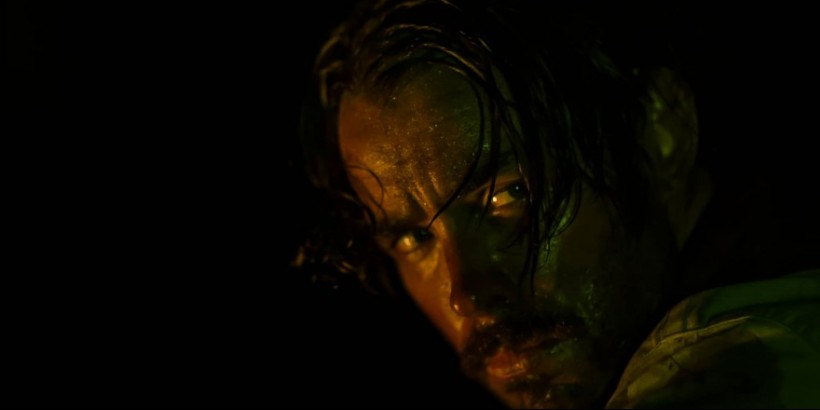 Sweet Dreams Norma Jean is a short film set to screen at the Vancouver Island Short Film Festival in February. The short was directed by Dave Hamilton and written by B.J. Mason. The movie runs only six minutes and 24 seconds, and attempts to communicate a pretty complex story in that time. The plot, taken from their film’s page, is as follows:

[The film] follows a girl seeking revenge for the terror brought forth upon her family. Being the lone survivor in the brutal aftermath of her [family’s] murder, she seeks out the man responsible and takes justice into her own hands. Eager to find her [family’s] killer, the girl’s broken heart and irate behaviour get her in well over her head.

It’s an engaging premise to be sure, however the film is hampered in the telling due to its brief run time. Much of the story is communicated through exposition rather than the audience being shown. I recognize that when working with extremely limited budgets (and a short run time), adding more scenes can put impossible needs on the filmmakers. With that in mind, the film may have benefitted from a simpler story.

There is no denying that the film is beautifully shot. There is no credit to a cinematographer that I was able to find, but whoever was responsible should be very pleased. Shots are well-composed, though the first pre- and post-title scenes are quite different aesthetically but they do work in both cases.

The editing works well too, the filmmakers have done real great work on a technical level, though a bit more work on the sound design would have been to their benefit, a gunshot sound effect in the film feels like a sound effect, more than something that happens in the world of the film.

Both of the main actors do solid work, if at times a little bit stilted. Hayes (Brandon James Mason) is an interesting character, and Mason gives a solid performance. Crawford (Carly Neigum) is not as well-defined, but Neigum makes it work well.

The writing may have benefitted from an edit or two, and if I’m being honest, could have done without any use of the “n-word.” I recognize that there is a desire to make things “period accurate” but, in most cases, nothing is added from its use, and that is the case with this movie. It’s jarring, and only serves to be “shocking” rather than to add any depth or

definition to the character who uses it, or even to communicate the period in which the film is set. It comes off more exploitative than anything else.

The issues that I had with the Sweet Dreams Norma Jean, could largely be credited to the simple fact of short films being what they are: short. The story is too complex to only be told in six minutes, and working with no budget can be an extremely challenging thing. That said, the movie is well-shot, well-assembled, and showcases good work from all involved.

Tickets are $15, and sell out quite quickly, so get yours right away. See visff.com/tickets/ for more information about tickets. Sweet Dreams Norma Jean, as well as 12 other films, will be playing so don’t miss out on a showcase of great talent from a huge number of local and international filmmakers.