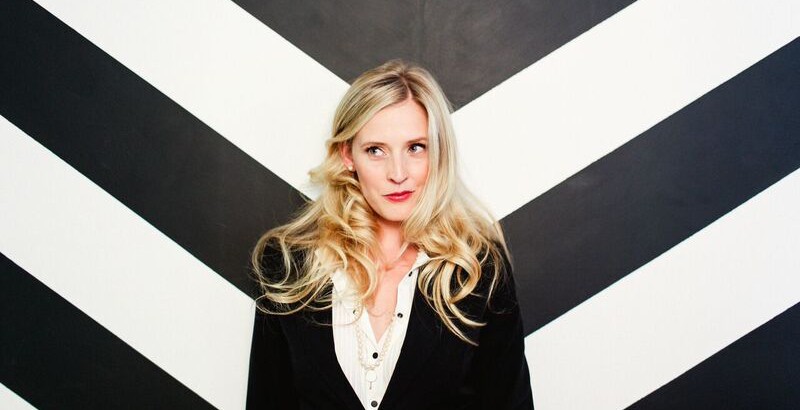 The Vancouver Island Short Film Festival (VISFF) begins on February 12, and will feature works from filmmakers from all over the world. Including Vancouver’s Aubrey Arnason, who wrote, co-directed, and starred in her short Kindergarten: Da Bin Ich Wieder.

Kindergarten tells the story of Aubrey, a jingle writer who finds herself disqualified from working for a new client after it is revealed that she never completed kindergarten. As a result Aubrey must go back and finish kindergarten in order to work on the new jingle. Along the way she learns some valuable lessons and gains new perspective on her life.

The film has the surreal feeling of a Wes Anderson film. On top of all of that, it’s funny and charming. Arnason is a very likable presence and commits to her role and all of its absurdity. Kindergarten also casts very young children who give dynamite performances and give the movie a very real feeling. On a technical level, the film is very well shot and put together. The use of static frames create an interesting storybook feel, which only serves to add to the surreal nature of the film.

According to Arnason, Kindergarten is actually based on a true story.  According to her the film is “based on the fact that [she] never attended kindergarten… [and her friend] found it to be quite funny, and jokingly said that [she didn’t] seem to have many attributes that one might have learned in kindergarten.” From here she expanded the story, and added her own brand of comedy to the piece, clarifying that she “of course didn’t go back to kindergarten” as an adult, but thought the idea of having missed out on basic skills like sharing, writing, or even waiting in line was an interesting and funny idea for a character.

Aside from the VISFF here at VIU, Kindergarten will also be heading to the 2016 Providence Children’s Film Festival in Providence, Rhode Island.

When asked about whether Kindergarten had been a children’s film intentionally, or if it was simply the way things rolled out, Arnason said “when I first wrote it, I didn’t picture it as a children’s film, but then the reality set in that we needed a kindergarten class, and so we would have five-year-olds on set…I think the film then became a children’s film [as a result].”

Intentionally for children or not, there’s no denying that Kindergarten has a broad appeal. It is an extremely bright and energetic film that is well-developed and whimsical all at the same time. While children will surely get something out of it, it’s not a film that talks down to children or tries to hide dirty jokes for adults, somehow toeing a line that many feature films aimed at children fail to find.