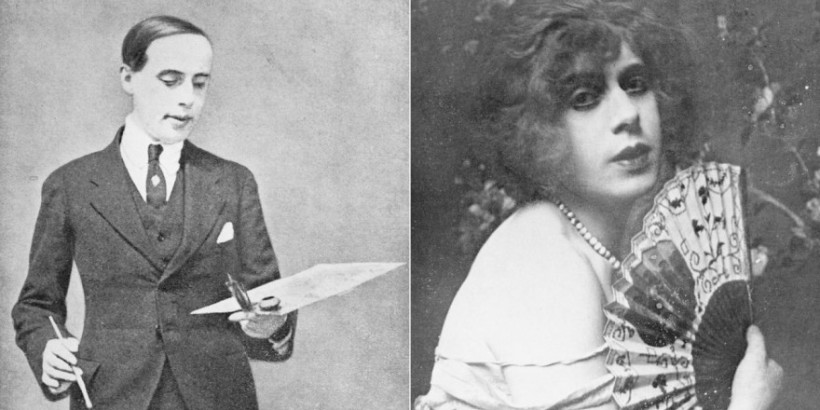 Above: The real Lili Elbe, subject of The Danish Girl. Courtesy of telegraph.co.uk

I’ve been looking forward to Eddie Redmayne’s next project ever since his spectacular performance in The Theory of Everything as Stephen Hawking, but I was not prepared for this.

Filled with raw emotion and stunning cinematography, The Danish Girl depicts the struggle of Einar Wegener (Redmayne), a late 1920s Danish landscape painter as he transitions into a woman. Married to Gerda Wegener (played by Swedish actress Alicia Vikander), a successful artist herself, the couple first appears to be unshakeable in their love for each other. As the plot unfolds it is clear that Einar, is fighting between the two halves of himself—Einar, the body he was born into, and Lili Elbe, the woman who is struggling to emerge. With the help of his wife, Einar undergoes the first attempted sexual reassignment surgery, though not before heartbreak, abuse, and being classified as mentally unstable by several professionals, and undergoing radiation therapy.

As the movie unfolds, what appears to be an awkward and quiet man slowly blossoms into a confident, coquettish woman. In two hours, Redmayne undergoes a drastic character change where, at the end, he is almost unrecognizable as anything but Lili.

While Lili undergoes her metamorphosis, Gerda also faces her own apprehension and demons. How does a wife who has been married to her husband for almost a decade cope with the loss of a spouse who is standing right in front of her?

After much reticence from Gerda, including putting a curtain between each other in their marital bed, Gerda strives to be a beacon of hope and a steadfast support for a struggling Lili, showing her tricks, tips and the ways of women, going so far as to use Lili as the subject for her paintings. As her paintings rise in prominence, Lili even makes appearances during showings.

From beginning to end, I was riveted to the screen, fully immersed as Academy award winning director Tom Hooper, known for 2012’s Les Miserables and 2010’s The King’s Speech, utilized close-ups to showcase emotions and still shots of beautiful scenery for transitions. The blend of plain settings to the opulence of Art Deco styles leads the audience to focus more on the unfolding character development than to be distracted by the surrounding environment.

The most shocking aspect of the film are both the graphic nudity and the fact that it is a true story.

According to the Telegraph, the Danish king granted the couple an annulment and the divorce became official in October of 1930. Gerda later remarried to an Italian who squandered her finances, leaving her penniless.

In an age where the world is just now becoming more accepting of transgender people and their issues, the overwhelming courage of one woman, especially in this time period, is more than enough to garner my thumbs up for this film. The way in which the cinematographer treats such a powerful and emotion-eliciting subject matter is done delicately, all the while managing to be thought-provoking, and exploring the nuances of sexuality and identity.

Winner of two Screen Actors Guild awards and nominated for a British Academy of Film and Television Arts award, Golden Globe, and with Redmayne and Vikander in the running for an Oscar, this film deserves all the hype it is getting.