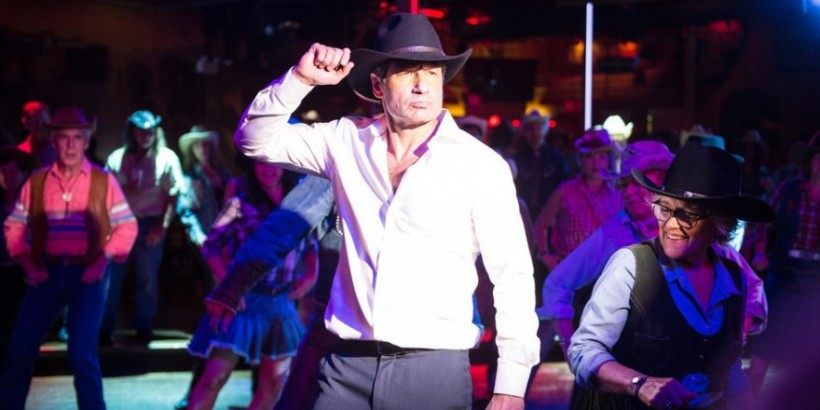 Above: Mulder in full “honky tonk” mode in season 10, episode 5.

If you’ll recall, back in January I was excited enough about the return of The X-Files to include it on my list of things to watch for this year. Well, the six-episode season has finished and the final verdict is: what the hell was I thinking? There were signs of trouble before the show even started, when it was revealed that Gillian Anderson was offered half of what David Duchovney was paid, despite the two of them being paid equally after three seasons of the show. If this wasn’t a sign of trouble, I don’t know what would have been.

The X-Files has always been a campy show—being born in the ‘90s, that is something to be expected. So I was prepared to let campiness go as simply staying true to the original, and for the first two episodes my patience seemed infinite. Mulder and Scully had returned to the FBI after much time away, and even Joel McHale was a face I wasn’t upset to see as internet conspiracy lunatic Tad O’Malley. I ate up those first two episodes, blissfully unaware of the pain and heartbreak that would be coming for me.

Trouble first arose in the third episode “Mulder and Scully Meet the Were-Monster.” The episode stars the hilarious Rhys Darby (Flight of the Conchords) and Kumail Nanjiani (Silicon Valley), and I was initially excited for a bit of a throwback to the ‘90s silliness of the original X-Files series. What I got instead was an episode littered with tasteless transphobic jokes and a moment where Mulder’s ringtone is the theme from the television show. It’s all just a bit too silly, and feels extremely out of place tonally in the entire series, especially given the relatively realistic tone the first two episodes take, and it falls so flat in its attempts to be funny.

The next huge problem came in episode five, which moved from “stupid campy ‘90s jokes” to being blatantly racist. It opens with the first explicitly Muslim characters in the series, and they turn out to be suicide bombers living in the US who were, of course, part of a bigger cell bent on destroying America. The episode is fraught with Islamophobic and outwardly racist moments, and culminates with a conversation between Mulder and Scully that exudes extreme levels of preachiness as they wander through a meadow holding hands. My first thought was that the episode would make an attempt to subvert expectations and the bombers would turn out not to be the Muslim characters, but the show opted for laziness.

Episode five also contained one of the worst moments in the entire series, when Mulder is given what he believes to be magic mushrooms by another FBI agent “hilariously” named Agent Einstein, and proceeds to have a trip that was accompanied by the song “Honky Tonk Badonkadonk” by Trace Adkins, and the episode features Mulder square dancing, and wearing huge hand-covering rings that say “mush” and “room” on them. The scene comes out of absolutely nowhere, and was a huge waste of everyone’s time, especially when it was included in an episode that featured a suicide-bombing, and a terrorist who spends most of the episode with most of his head graphically caved in. It’s tone deaf, and painfully uncomfortable.

Having sucked out almost all of my good will, I went into episode six of the series with a sliver of hope that things might pull together and give me something to get excited about. I was wrong, and the last ounce of hope was punched out of my heart from the opening credits. The episode suggests that vaccines, chemtrails, and microwave radiation are being used by the government to wipe out the human race. It was the nail in the coffin for me; coupled with the massively anticlimactic cliff hanger ending, I was just done. I no longer believed.

Disappointment is to be expected, and this obsession with the revival of old television shows is surely going to perpetuate this constant cycle of disappointment. It’s time to acknowledge that everything we liked in the ‘90s was not the pinnacle of quality, and maybe they can cancel the second season of Fuller House before it gets started. For those of you who skipped to the end to avoid spoilers, for some reason, let me reiterate: Season 10 of The X-Files is terrible, absolutely terrible.