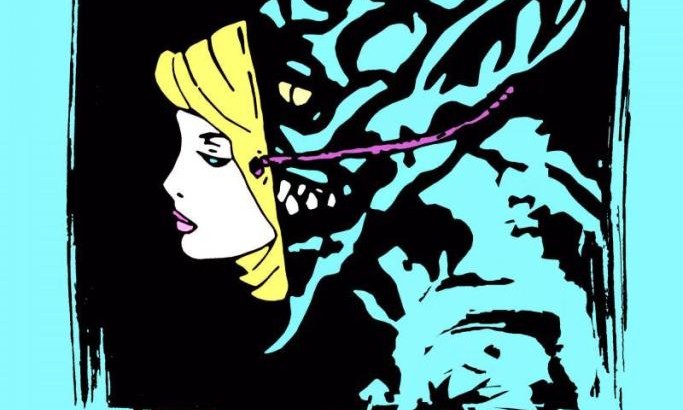 As startling as this might be, but Ava’s Possessions is a unique take on exorcism movies. Considering that we’ve seen Exorcist clone after Exorcist clone, it would be easy to understand why people might be exhausted by the sub-genre as a whole. Let’s face it, we’ve seen remakes, found-footage versions, and lazy capitalization, all of which follow the same formula, and rehash the same tired shit that The Exorcist used so effectively.

Ava’s Possessions starts after the main character’s possession and the fallout that results, rather than bringing you in beforehand, and follows Ava as she struggles to rebuild her life post-exorcism. Her family is distant, her boyfriend has left her, and her friends are keeping their distance. Apparently her actions while possessed have been damaging, and she has done serious harm, despite not remembering any of it.

Something an exorcism movie can’t do is have weak performances, particularly from the victims of a possession, and thankfully this movie is full to the brim of solid performances, and a surprising number of familiar faces. Louisa Kraus (Martha Marcy May Marlene) plays the titular Ava, and delivers a pretty strong performance from start to finish. You feel her struggle and frustration as she tries to put things together. Also adding to the great cast are Dan Fogler (Fanboys), William Sadler (The Green Mile), Carol Kane (The Princess Bride), Wass Stevens (The Wrestler), and the fantastic Lou Taylor Pucci (Spring). The well-rounded group brings dynamite performances to the movie, and really are a big part of what makes this movie stand out.

Also on display in the movie are Jordan Galland’s writing and directing chops. Having previously directed the comedy Alter Egos, his sense of humour and solid direction are on display here as well. He wrote and directed the film, and seems to have nailed a cohesive story (which, given some of the films I’ve watched lately, is a huge deal and apparently a lot to ask), and knew what he wanted to do with it. It’s well paced, and he has extracted solid performances from everyone. Perhaps not the most artfully shot movie, or impressive film, it is, however, deeply satisfying in its simplicity.

Arguably, the weakest parts of the film are the rather cheap makeup and special effects throughout. While they are used effectively enough, and some of the style choices work quite well, the makeup design of the “possessed” looks a bit more like a slap-dash Halloween costume than scary movie makeup. The effects used to transition them back and forth are pretty well-executed, but the design feels cheap. Even with that complaint, it’s clear the filmmakers have worked exceedingly well within a small budget, and the end result is very effective.

Darkly funny in parts, and even a bit creepy, Ava’s Possession is a strong film, and one that I would suggest giving a watch if you are looking for something a little bit different. It’s not often that a movie about possession doesn’t feel cookie-cutter or samey, and this was, frankly, a breath of fresh air in an over-saturated sub genre. Give it a watch.