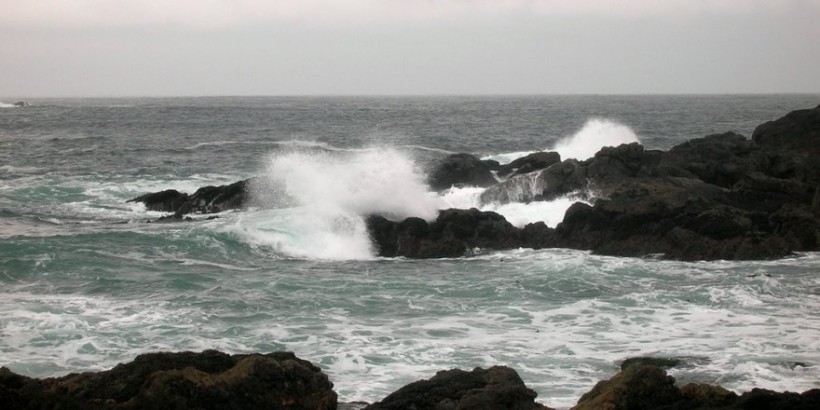 Above: Photo via Suzanne Leithead on Panoramio

Over the long weekend I got to relish in one of my favourite things: being faced with pure, wild nature, this time in the form of a wind-whipped ocean. It made me smile, it made me cry a little bit (from both the wind and the beauty), and, as always, it made me think. I thought about how this exact place on Big Beach in Ucluelet was where I felt truly home for the first time, and where the roots of my relationship with nature was truly born. It is a special place to me, and it made me think of how many other special places there are in the world—places unique to every individual who loves them. I have had many special places in my life, from grassland meadows in the plains, to the dappled deciduous forests of Ontario, to the deep and lush temperate rainforests along the wild coasts of the Island. Each one has its own personality, its own life.

Yet, many of these places (perhaps all of these places) are under the threat of human intervention. Some have already become shopping malls, while others may soon be under pressures of development or resource extraction. Places which have known no human footprint may be insidiously changed by acid rain, poisoned water, or the loss of migrating species to the intricate food web of its ecosystem. It seems easier to find statistics geared toward the negative aspect of the human-nature relationship; environment-focused websites provide information on faltering policy negotiations, failed goals, and the decline of species. It is overwhelming to think so negatively—especially in the glories of spring, which feels so full of hope and promise.

Very recently, the BC government declared that a new park will be established in the Northern Wetbelt near Prince George. Important tracts of the rare inland temperate forests, and the ancient trees in its canopy, will be saved, including some of the largest cedars in the province. Known as Chun T’oh Wudujut to the Lheidli T’enneh First Nations who have lived in relation with it since time immemorial, the area is a natural wonder, giving all who visit it the opportunity to touch history. Soon, the land will be protected from all timber harvesting and any other commercial activity, with the province planning to help the area become a designated UNESCO World Heritage Site. This is a remarkable step forward in old-growth protection—one which will hopefully be followed by many more steps.

The minds involved in sustainability and nature issues are just as innovative as those pushing for better technologies. March saw the Ancient Forest Alliance (AFA) and UVic’s Environmental Law Centre put forth a proposal to Saanich Council for a unique piece of legislation. Whenever you buy a pop, you probably happily consume your beverage and then discard the bottle, despite the bottle deposit charge that may be refunded if the bottle is returned. Instead, bottles wash up on shores, become litter in the streets and forests, or slowly become part of wildlife diets. These stray bottles have had fees paid upon them, but the deposit remains non-refunded, instead acting as profit for the beverage industry. The AFA and Environmental Law Centre thought, “Why not take the money back and put it to use?” Ken Wu of the AFA says that New York and Michigan have enacted similar legislation.

“They’re floating around on the streets and polluting the environment,” Wu said to Saanich News, “so it makes sense to take the proceeds and better the environment through protecting green spaces.”

The money could be used in many places, but especially on the Island for purchasing privately owned and ecologically important tracts of land that might otherwise be a part of ongoing resource extraction.

In terms of our vast, connected oceans, the drivers of our climate and a major source of our oxygen, much needs to be done about enhancing ecosystems under the strain of human influences. It’s estimated that 12 per cent of the land on Earth is under some kind of protection, yet less than four per cent of the ocean waters are protected. Seeing a need for more, Sylvia Earle—scientist, diver, activist, and all around inspiring lady—has started Mission Blue, an initiative which works to gain public support of “hope spots.” These are places which are “special places vital to the health of the ocean,” yet are most at-risk of over-fishing or pollution. By raising global awareness about the importance of biodiversity, carbon sinking, and our relationship to these life-giving waters, Earle hopes to form a network of marine protected areas. Currently, the largest marine reserve is around Pitcairn Island in the Pacific and contains 830 thousand square kilometres (almost 30 times the size of the Vancouver Island).

Many people say that movements like these are not enough—that more needs to be done to protect and conserve, and that small pieces of land do not equal the large shift needed to put a stop to our changing climate or the many issues that branch from it. But surely it must be better than the race towards economic progress we are on now. How much protection is enough? What is the balance between saving one area, while another is lost? How much time do we have, geologically or as humans?

It is enough, for me anyway, to know that there is somewhere wild, that there are people actively participating in creating more, and that I am one of those people in my own, small way. I invite everyone during the summer break to find your place in this relationship, to embrace it in a new way, to eat something local and fresh, to be awed, and to cry for the beauty of it all.