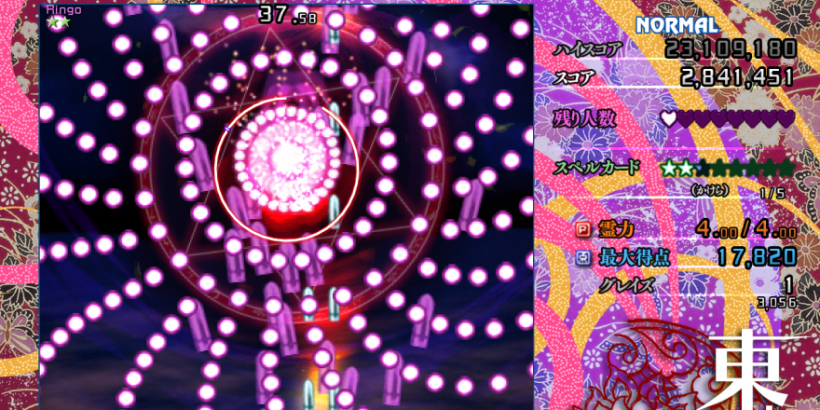 Above: Touhou 15 (Legacy of Lunatic Kingdom) via axeandnyan.wordpress.com

You may have seen the word “Touhou” floating around the internet on a YouTube video, or a song, or a weird anime thing your brother liked once. By way of a short explanation, Touhou is the name of a series of shooting games made by one Japanese dude named Zun. There are 15 entries in the main series, which began on the PC-98 in Japan and exists on Windows today, and Zun shows no signs of stopping or slowing down his output.

This might seem only moderately impressive from a glance, but the raw creative energy that goes into every Touhou game is enough to equal the entire life-long corpus of some artists. Since Touhou 6 (Embodiment of Scarlet Devil), the convention for the games has reached an absurd standard: Every game contains at least six stages, and each stage contains a mid-boss and an end-boss. Each stage also has its own musical theme (between two-and-a-half to five minutes in length), as well as an extra theme for each end-boss.

The music is at the core of Touhou; every song is perfectly choreographed to the on-screen events of the level, so when enemies appear their shots are in time with the beat of the music. Patterns, cascades of noise, and the tense and release of action is all synced with the symphony Zun created for each isolated experience. Zun also does all the art for the Touhou games. He does all the programming. He taught himself everything entirely on his own, and from scratch. Because of this, the Touhou games are, in a way, a condensed version of human existence—the perfect metaphor for all things in reality. But to get to that, first I need to explain parallel universes.

The most common theory is that of the “multiverse;” the Reader’s Digest definition is that the possible outcomes of every occurrence (from something as grand as the winner of a football game, down to the spin of electrons on your left shoelace) requires the existence of its own new splinter-universe—one of an infinite series that comprises the multiverse. It’s all quantum mumbo-jumbo, but it means that there’s a possibility that there is some event which occurs in every possible universe. Something so grand, or perfect, or choreographed within the threads of fate that it is the pinnacle of experience at that single point in time across all universes.

Touhou, by this point, doesn’t just mean one of the games in the series. It means the series, the music, the characters, the manga, the fan creations—everything that embodies the concept of creative energy is, in a sense, part of this strange tree of ideas. Everything that comprises those ideas—and the entire universe, in fact—is a theoretical outcome of the decisions of just one consciousness. Without Zun, the entirety of Touhou as a beautiful manifestation of choice and determination dissolves into nothing. Millions of hours of enjoyment vanish from the multiverse. The 3.7 terabytes of fan-made music available for free on the internet unwinds itself from every hard-drive in reality. That significan an impact alone is reason to identify with Zun as some strangely super-conscious entity, almost like a Creator fiddling with the buttons at the beginning of all universes. But what makes this comparison more apt is that everything Zun has learned and now expresses, including the art, the programming, the music, etc., is ultimately math. Sound generation boils down to synthesized waveforms.

Programming is the manipulation of parameters, logics, and systems. Even art is a theoretical execution of envisioned possibilities; I, with no confidence in my ability to draw, could theoretically sit down at a canvas and recreate the Mona Lisa, if I knew exactly what amount of paint to put where in every configuration—like a giant “paint-by-numbers” of every identifiable measurement of the painting. This also happens to be the case for a piano concerto or a best-selling novel—and it’s true for Touhou as well.

Although the series has garnered a reputation for its overwhelming difficulty and punitive mechanics and encounters, it is, at the end of the day, simply a series of button presses: four arrow keys with plastic sensors which, when depressed in the right order over a period of time, will get you to the end of a Touhou game on the highest difficulty without taking a single hit.

It’s in this sense that Touhou contains the secret of being. When I sit in front of my computer and finally dodge a Touhou spell-card that has been slaughtering my pixelated-anime-girl avatar for days, I feel the same sensation that Zun must have felt when his fingers hit those same keys, programming the bare bones of the engine and movements and playing it through himself countless times to verify its arrangement and perfection. I am hitting the piano keys of the song that brings the stage to life in front of me. I am participating in the math of the universe, twisted and harnessed in so many ways to become this artifact singularity, a device that can transport any consciousness to a singular point in the multiverse, aligned on the axes of space, time, and any other dimension, where the experience is exactly the same, where the bliss and perfection and ultimate articulation is channelled the same way in every version of events, running like a raw, magic pulse through the heart of every participant in its echoing history. I call this “multiversal synchronicity,” for short.

Despite my overwhelming admiration for Touhou, and Zun as an extension thereof, I am terrible at Touhou games. I have yet to clear a single one on normal difficulty without using a continue. For a long time, this prevented me from playing Touhou, and ultimately writing this article. After a lifetime of learning quickly, I have been at the foot of a master pedestal, and shown so readily, time and time again, that there is no shortcut past learning, or the pain of experience. It feels like Zun is staring at me from his own chair, the most honest face of God I can imagine, and calling me on my every shortcoming. If his hand can build the math and give me the keys to recreate it, then nothing separates me from the perfect run and my own actualized failings.

Touhou has taught me that life is nothing if not a series of re-learned lessons—and although I may think every day that I have found a way to conquer my hardships, or that there may be a moment where I can forget to watch the whole screen, lest my hitbox disappear in a swamp of projectiles, there is no way to achieve fulfillment in life than by accepting your failings, and letting them teach you.

These interwoven thoughts are either philosophical epiphanies wrapped in a videogame, or the ramblings of someone who has thought far too long about math and music and bullet patterns. But in the multiverse, both of those are true at the same time, and we can decide which version of reality we’re truly living in. 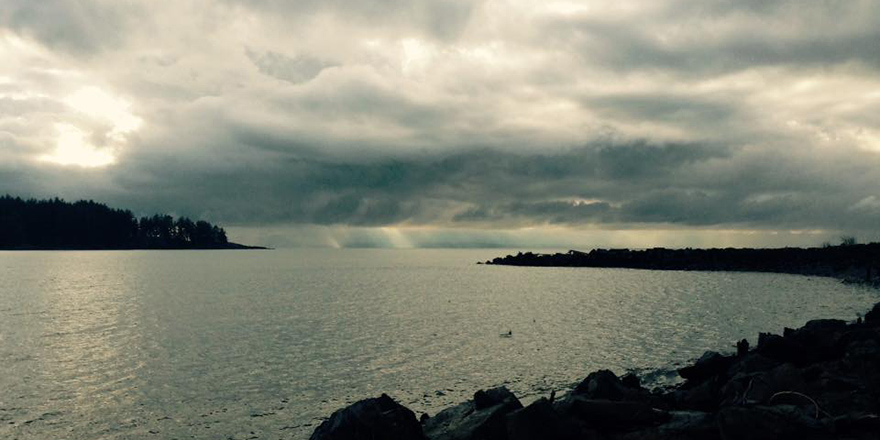