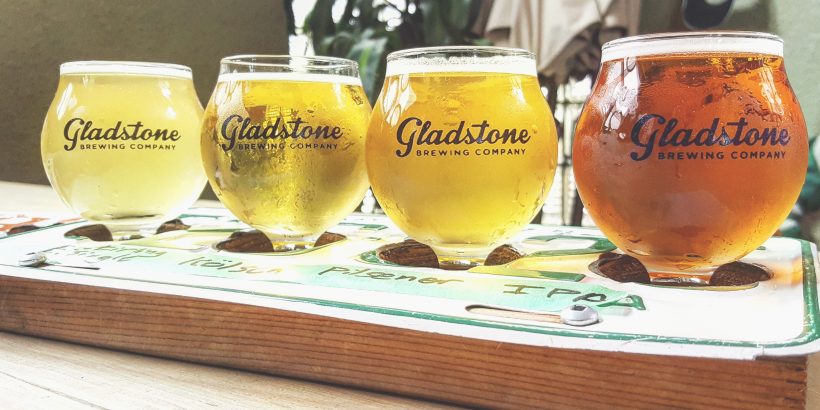 It’s hard to overlook the huge boom of craft beer, and local breweries cropping up all over the place. In Nanaimo alone you can find three breweries, one of which opened recently down near Maffeo Sutton park. This is definitely a great time to be a beer drinker, however, with so many choices, and more opening all the time, how could someone possibly choose just one brewery to visit?

In the interest of treating ourselves, my partner and I embarked on a modified version of what The Growler magazine calls “The Ale Trail”. Our version of the trail began on Salt Spring Island, and made its way to Tofino. This helpful guide will introduce you to some fantastic craft beer (and amazing food!) that you might not have known was there.

It’s worth noting that we by no means visited all of the breweries here on the island, there are far too many and even more coming over the next year. If you have a favourite, please feel free to let me know, because I’m always interested in trying another one. Here’s where we went, and what we thought of each:

(Note: All beers are given a rating out of five. One being “hated it”, three being “liked it”, and five being “Loved It”. These are our personal reactions, and are obviously influenced by our own taste preferences)

This was the first stop on our trip, and it was admittedly a bit of a disappointment. It wasn’t the beers, or the atmosphere that let us down, however. It was the fact that the brewery was closed. The location is absolutely beautiful, it’s out of the way, and set in the woods on Salt Spring Island. As a compromise, we went to a local liquor store and picked up two Salt Spring Island Ale beers (and a cheeky Phillips as well), and took them back to our campsite and having a tasting of our own.

All three were delicious, the Salt Spring Island offerings went really well with our dinner, and the cherry sour is a strong recommendation to anyone who (like me) enjoys a sour beer.

Where we ate: Our only food-stop on the island was Burger Bar 537, which offered up some really excellent burgers. A great choice for anyone travelling over that way looking for a burger.

The second brewery we visited was also one of the youngest. Occupying what used to be the Foundry Pub, White Sales is a great space that offers board games, and a really relaxed atmosphere. While they don’t serve food, they offer some snacks, and provide take out orders for you as well. A very welcoming place, and friendly staff.

The offerings from White Sales were all great, and gave us both a lot of enthusiasm for seeing how the brewery continues to grow. The stand out, for both of us, was the Brickyard Beach Red Cream Ale, which was absolutely delicious, and smooth.

From White Sales, to Wolf Brewing, the biggest thing you’ll notice is the space; Wolf is located in a more industrial area, and the outside of the building is deceptively unwelcoming. The taproom, however, is really comfortable, and the staff are great.

It was a pretty small selection, but the both of us had some definite stand-out favourites. For myself, it was the Cerberus Triple Hopped Dry IPA, which is surprising due to my general distaste for IPAs as a whole. My partner favoured the Irish Red Ale, and really it’s worth stopping in to see these folks, and try their beer.

Nanaimo actually book-ended our trip, and Longwood Brewing taproom on Boxwood Road was the final stop on our trip. That said, it makes the most sense to group them all together by city, so there you go. This is not the brew pub, but rather the actual brewery tap room. It’s a bit out of the way, but has a great selection on offer. It’s also quite small, so you want to go in at a time that it’s not too busy, because I could see it really getting cramped easily.

Longwood is a Nanaimo institution and it’s easy to see why. All of the offerings were great but the stand outs definitely went to The One That Got Away, and Berried Alive. Both are smooth and delicious, and I recommend getting your hands on The One That Got Away before it, erm, gets away.

Where We Ate: While much of the eating we did here in Nanaimo happened at home, we did make one special trip to Wa-Ku on Bowen Road, which offers some of the best Ramen I’ve ever had the pleasure of tasting, and it’s likely many of you don’t know it exists, so it seems worthy of a mention here.

No doubt about it, this is is one of the best breweries on Vancouver Island. The atmosphere is great, they serve some of the best pizza I’ve ever had, and, most importantly, their beer is fantastic. So, just go there. Don’t worry about the rest of this article, get in your car and go to Gladstone.

All of these were great, and they had some of the best branding of any of the breweries so far, it was the first time we came across tasting glasses we wanted an entire set of. All of the offerings were great, the standouts were the 3-2-1 Sour (because I just love sour beers, I can’t help myself), and the Kolsch – German Style, which was light and floral.

Where we ate: Something worth mentioning is our trip to White Whale restaurant in Courtenay. I bring it up because the experience was a genuine disappointment. The space is crowded and chaotic, the server we had didn’t seem to care, and the food is grossly over-priced. Thankfully, the pizza we had at Gladstone was stunning, so our food-experience wasn’t a wash in Courtenay.

Hands down, Cumberland Brewing was the highlight of the trip. It’s another brewery that offers food, and it’s food that is way better than it has any business being. We had local baked brie and a jam packed ploughman’s lunch which only served to make the brewery more impressive. They also have the best priced flights of all of the breweries we visited, and one of the most consistently delicious line ups of beer out there. The catch: you can only get their product from the brewery directly.

Cumberland has one of the broadest, and strongest selections on the Island. I recognize that our tour didn’t cover the whole Island, but it’s a fair statement to make. Add the excellent beer to the tremendous food, and you need to be making your way out to Cumberland right now.

Likely one of the more well known on our list, Tofino Brewing falls into the same industrial trap that Wolf does, and does seem a bit uninviting from the front. The tap room, however, is comfortable and has a great atmosphere. You can smell the spent grain, and the manufacturing is present everywhere, where Wolf seems to try and hide their manufacturing behind the scenes.

Tofino had a small but delicious offering, and was one of the few breweries we visited that offered a stout, which I’m always grateful for. The stand-outs were the Kelp Stout, made with locally harvested kelp, and the Blonde Ale, which is a really nice, refreshing beer.

Where We Ate: We grabbed a bite at Shelter Restaurant while we were in Tofino, and had some simple but delicious food. The both of us also tried, and enjoyed, a Stanley Park Sunsetter Summer Ale, which is made with peaches and makes for a really light, refreshing beer.

I hope this helpful guide gets you out to experience some great local beer on this Island of ours. We plan to visit Victoria in the near future, which seems to have enough breweries to warrant a guide of its own.

For more photos and writing on this Ale Trail, you can visit overtheriverandthrough.tumblr.com 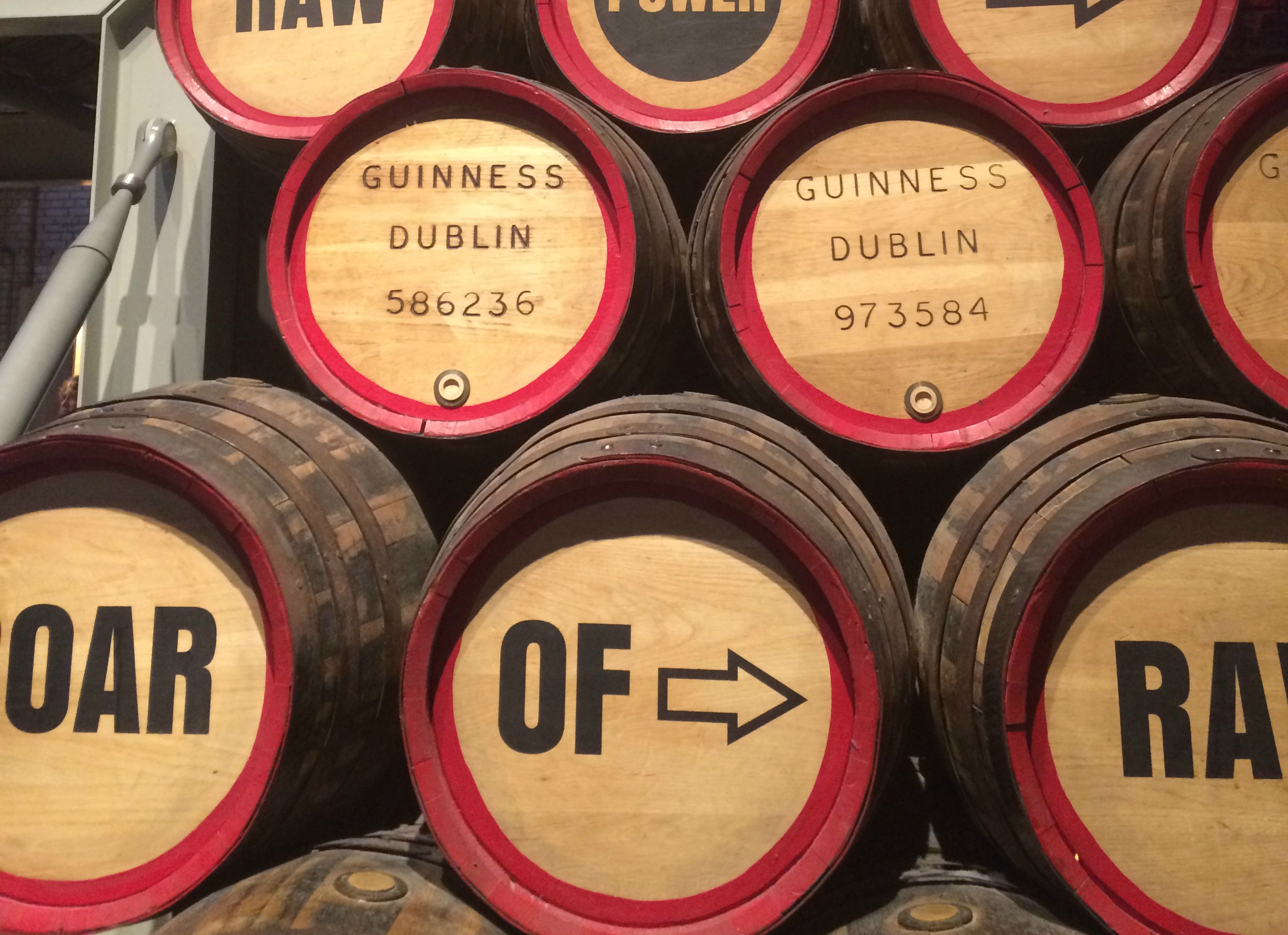