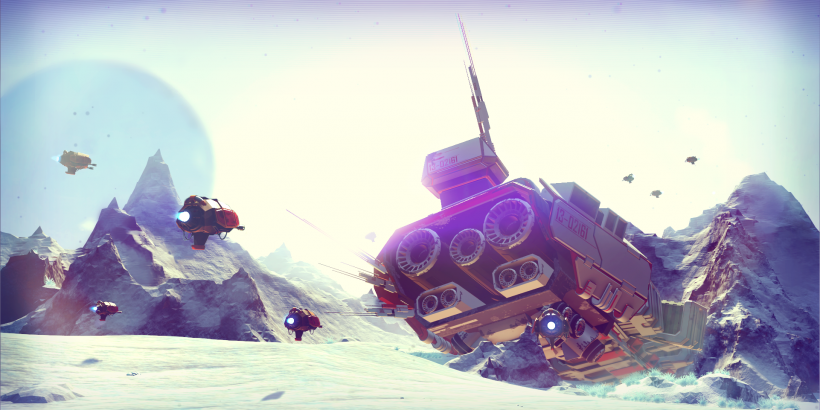 Above: No Man’s Sky via Hello Games

Announced in 2013, No Man’s Sky has been one of those games that builds a hype train so massive, and so powerful, that the only thing it can really do is explode and kill everyone on board. The prospect of a procedurally generated universe that we could explore to our hearts content seemed like what science fiction and gaming fans alike had wanted since video games became a thing.

Compound the excitement from just the idea of a game like No Man’s Sky with developer Hello Games’ vague and cryptic promises through the entire development process, and you have a recipe for hype and expectations that are absolutely impossible to live up to. So, the game has now been out for a couple of weeks and the question is: have video games changed forever? Are we all lost in an infinite universe, neglecting our friends and family for the joys and wonders of space? The short answer is no, of course not, because it’s a video game.

When it released and we realized that what we had was a pretty standard survival game set in a massive universe, it was easy to see how people felt a little bit deflated. Now, deflated is one thing, but the response from players sending death threats and harassment to Hello Games is another thing entirely. We’ve seen staunch defenders of the game being horrible to naysayers, and naysayers being horrible to fans, and there’s really no reason for any of the vitriol. It is now, and will always be, just a game, and that game will work for some, and not for others. Just like everything else.

With that said, is No Man’s Sky any good? That’s one of the hardest questions to answer, because the experience will be so significantly subjective for everyone who jumps into its universe. What I feel qualified to say is that I have actually enjoyed my experience so far. I’ve toured space stations, purchased a new ship, explored some varieties of planets, and managed the heck out of my survival meters. It’s easy for me to understand how people who have played survival game after survival game would be sick of that genre, but it’s a type I’m not especially familiar with and I think that adds to my enjoyment.

The mechanics and inventory management may be old hat for many seasoned survival game players. You maintain your environmental protection, life support, and keep your ship and mining tool charged by harvesting resources from the planets. The systems all function well, and I haven’t felt like I had to spend more time attending to the meters than on the rest of the game. It feels quite balanced, like you are a character who can take care of yourself, rather than being dumped naked in the woods as in other games in the genre.

One of my favourite things so far has been exploring and learning alien languages in the game. Interacting with different life forms with varying degrees of language comprehension has been interesting and makes you feel like you are exploring the unexplored, learning to speak and understand the immense universe around you.

Of course, No Man’s Sky is not without its problems; I wouldn’t presume to tell you that this is the perfect game that so many wanted it to be. One of the first issues I had was with the wild animal populations on the planets. So many of the animals I encounter are small, and look a lot like first draft creations from Spore. Their movements are janky and bizarre—occasionally hilarious. There’s also the haunting noises they make that will be forever burned into my nightmares. Even when you feed them, and they love you, the noises are very strange and upsetting to me for some unknown reason buried deep in my subconscious.

Space combat is also an area that could do with some improvement. It’s possible that I’m simply not good at it, but it does seem a bit less balanced that I might like. Ships that attack me are able to zoom out of site, and I am stuck spinning in circles like an idiot trying to get a shot off on them. It’s also entirely possible that this is fixed through upgrades, so if you’ve been able to improve your combat experience, please let me know.

No Man’s Sky is not perfect, it’s not world-changing, or life-shattering. What it is, is a technically impressive (and massive) survival game. It is also a lesson in keeping expectations under control and allowing a game to come out before you dream it to a level that is unattainable by any reasonable standard. It’s a fun, immersive, and almost zen-like experience that I will be continuing to explore over the coming months. I’m not sure that I can—in good conscience—tell anyone to spend $80 for the PS4 version, but frankly I balk at most games that charge that much anyway, even the ones substantially better than No Man’s Sky. 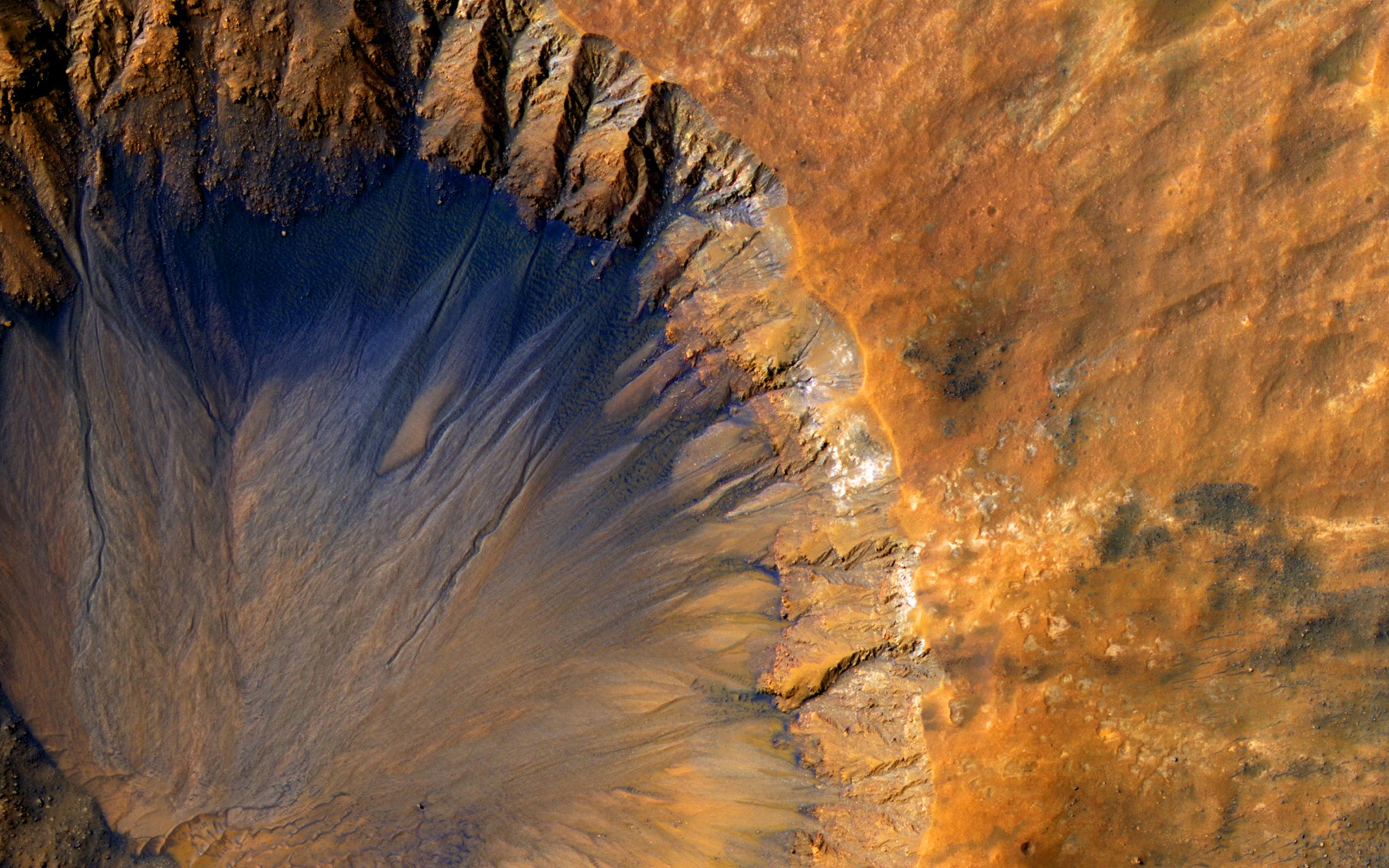 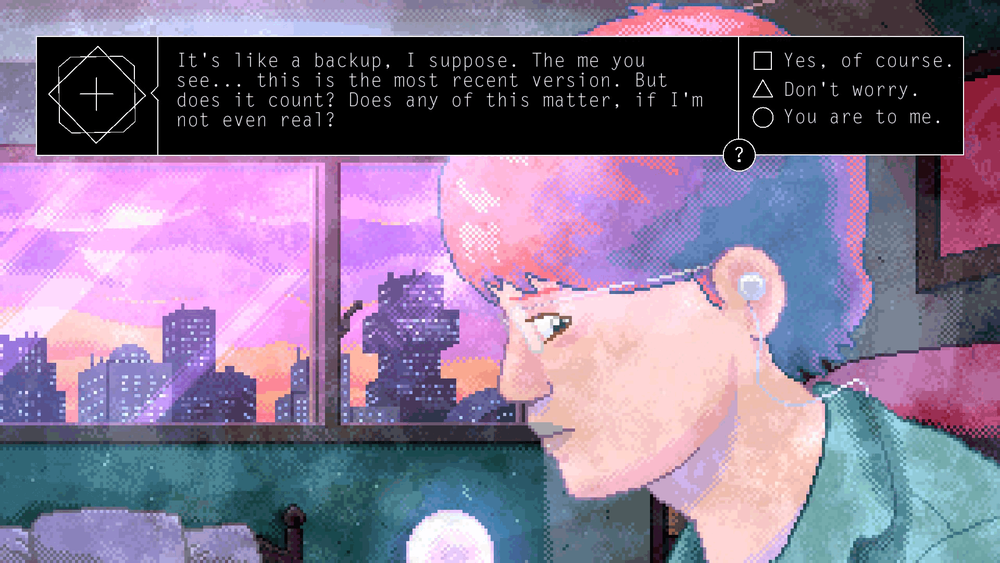