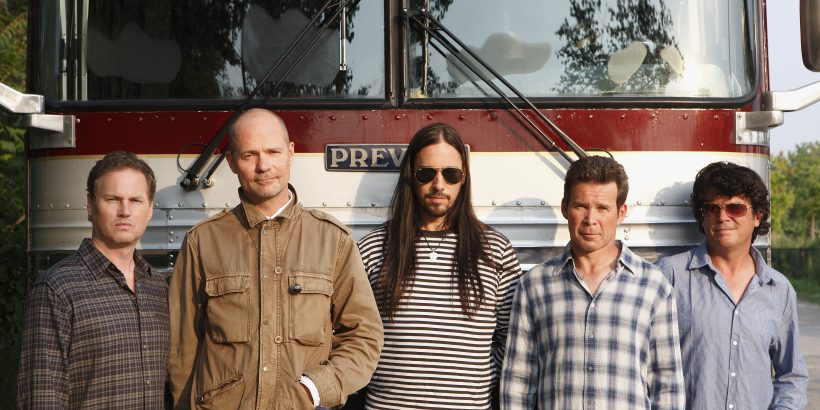 Above: The Tragically Hip via rogersarena.com

On August 20, 11.7 million Canadians watched the final concert of The Tragically Hip. Whether or not you’re a fan of the band, there is something to be said about the nationwide sense of togetherness this final tour seemed to create, especially at a time when it is so easy to put up barriers and cut yourself off from others. Groups of people all across Canada and the world tuned in to see the iconic Canadian band’s last show.

Their first song I had ever heard of was “Bobcaygeon”. I really enjoyed Gord Downie’s unique vocals paired with some solid music and lyrics. To this day, it is by far my favourite Hip song.

A few years ago I was lucky enough to see them perform live at The Squamish Valley Music Festival (previously Live at Squamish). It was a great show, and they were a fitting band next to headliners like The Sheepdogs and City and Colour. They rocked the stage in front of hundreds of people just as stoked as I was to be seeing them.

Unfortunately, I didn’t listen to them as much anymore after that festival, but since they remained such a regular sound on the radio, they weren’t completely out of my life. They’ve been described as the soundtrack to Canadian life—something that rang true for me in a subtle way. About three years after that concert, their new tour was announced due to Downie’s cancer diagnosis, and immediately sadness intermingled with nostalgia. It was a bittersweet thing. In one sense, there was a re-introduction, so to speak, with the band’s music, but in another it came with such heartbreaking news. Out of that sadness came strength from Downie and The Hip. It took a lot of courage for them to decide to push through it and go on one last great tour, and to put on one last show in their hometown of Kingston, Ontario.

I figured this was going to be a great show. Everyone expected it would be. For weeks before and leading up to it, Facebook feeds were covered with posts and news articles about The Hip. A lot of hype was built from the announcement of their final tour, and they did not disappoint. Downie was magnificently dressed in flashy clothes and a big hat, and there was no stopping him as he belted out some great tunes.

Their songs reference an assortment of Canadian locales from Golden to Isle aux Morts. It’s very hard not to respect a band so entwined in it’s Canadian heritage. For myself, it was especially inspiring to hear Downie’s words about First Nations communities across Canada, some of whom are in desperate need of help. It’s examples like this that prove The Hip represents a sort of all-embracing nationalism that every Canadian should live by; conscious of our mistakes, focused on improvement, and being unapologetically Canadian.