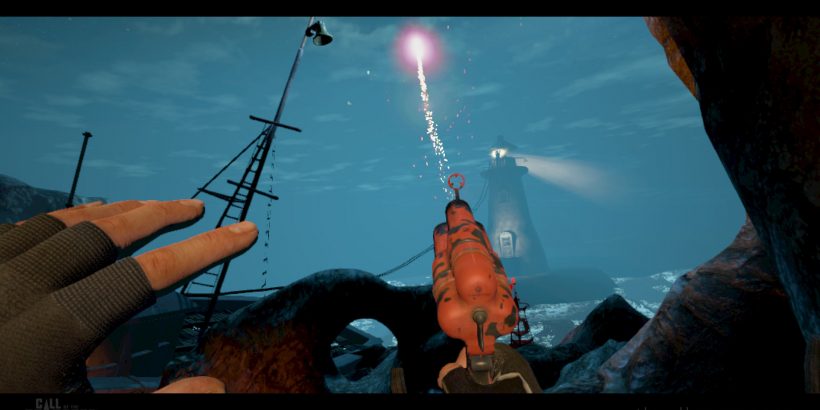 We’ve all seen them—the ridiculous looking headsets that promise deeply immersive experiences, so long as you are willing to part with at least $1200, in the case of the HTC Vive, which is the one to get in my opinion. I had oft seen these virtual reality (VR) headsets and been cautiously optimistic about their lofty promises, but had neither the extra income nor the connections to try them out for myself. At least, until just a few days ago, when I was invited to head over to Cloud Head Studios to sample their critically acclaimed VR release, The Gallery: The Call of the Starseed, as well as a few other games that they had on offer. Eager to take my first steps into an alternate world, I eagerly accepted and made my way to the studio.

For those who are unaware, Cloud Head Studios is a game developer based in Qualicum. That’s right, here on our little Island is a VR developer who boasts being one of the only to produce a game for the HTC Vive that had a substantial budget of around one million dollars. In general, games produced for VR are simple and casual, but Cloud Head wasn’t content to keep it simple, and has produced something that feels like a real, fully fleshed out game.

Now, I was able to play two chapters in the Episode 1 of The Gallery, and what I saw made me want to immediately get my hands on the Vive headset. As far as I know, I played the first and last chapters of the episode, one demonstrating the exploration and puzzle-solving aspects, and the other demonstrating the more cinematic elements of the game. Without giving much away, the sensation of being in the world of The Gallery is something bizarre indeed, particularly if you are like me, and haven’t been able to experience a VR game. Everything feels tactile, and you really do feel like you are able to interact with the world around you. Little moments, like breaking a bottle, or putting a tape in a cassette player feel surprisingly real and satisfying. One moment that stuck out in the beginning was my coming across some abandoned fireworks on the beach and promptly throwing them into a fire where they exploded.

The cinematic moment that I mentioned begins on a platform ascending quickly towards a massive floating structure. I’m not sure of the story context, but I was immediately blown away by the very real feeling of both motion and scale. Consciously, I was aware that I was standing still, but the game still managed to trick me and make me to need to catch my balance. While I will give credit where credit is due to how immersive the experience is, it’s worth mentioning that you’re never not aware of the headset you’re wearing, or the controllers in your hands. This isn’t a bad thing, or a good thing really, it’s just worth knowing. We’re not quite plugging in to The Matrix yet.

In truth, The Gallery is a stunning example of the potential of VR, and one that does force me to reevaluate my skepticism of the platform. Of course, with it’s current price tag, VR isn’t exactly ready to be considered consumer friendly. But as with everything, it’s likely that the technology will become more and more accessible as time goes on; provided of course that it doesn’t just fold up and go away, which is also a possibility.

This is not to say that the other experiences I had in VR weren’t extremely enjoyable; one game had me battling waves of robots with a laser gun in both hands, which was fun but lacked much in the way of variety. The other was an empty space that you were free to paint within, using things like fire and neon lights to create beautiful effects. That game in particular would have been better if shared with another person, as it becomes tricky to describe. Both of these experiences were entertaining and fun, but they lacked the staying power found it most games.

It seems many game developers are being cautious in the work being put into their VR games, creating fun showcases of what can be done, rather than games that might convince someone to purchase the rather expensive hardware. It’s easy to understand this hesitation, as trends and fads in gaming and media can come and go unpredictably, and to produce a game that costs a significant amount of money—only to release it and see the platform disappear—is a risk many developers aren’t willing to take. This is particularly true in the cases of smaller developers who could see their entire business fold as a result.

That said, if more developers took the chance on a high quality, immersive experience the way that Cloud Head is, you might actually see VR take off and gain some serious staying power. At this point, it is absolutely worth checking out. I would keep an eye out, though, and really be aware of the advances which will undoubtedly continue to be made. In the meantime, The Gallery is an extremely impressive piece of gaming, and it’s amazing to think that Cloud Head Studios is located so close, and is working on something so fundamentally interesting and, well, cool.