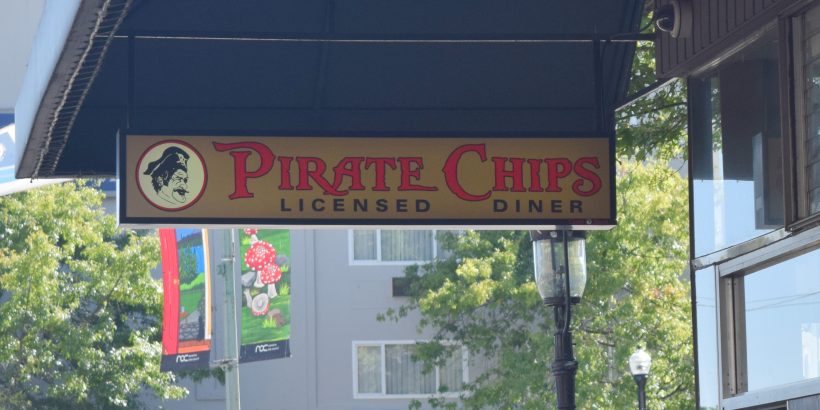 Above: “Food was not fit for my dog,” says Wonderfilled. But what about a pirate?

What prompts people to take the time to write online restaurant reviews? I explored TripAdvisor reviews of Nanaimo restaurants, and by my investigation, it’s either a superb dining experience, or an awful one. Yes, there are people who report on mediocre calamari in so-so restaurants, but the majority of the detailed, lengthy reviews tend to fall on either end of the spectrum.

The “terrible” one-star reviews are my favourite; the authors often employ their finest attempt at dramatic writing, and the results are peculiarly poetic. I chopped up and rearranged the prose of three reviews into free verse in an attempt to accentuate certain poetic moments.

“All Around Horrible” by JakcieYounger (ABC Country Restaurant)

Takes our drink order after 10 minutes
server finally comes over
we let her know we are getting the buffet
she says fine and walks away
we hadn’t gotten too far into our first plate
I started feeling sick
ended up clogging a toilet
from throwing up
what is their fix for this?
a dollar off each meal
manager says the food was fine
and if we refused to pay
she would call the cops!
WILL NEVER EAT THERE AGAIN
but hey if you want to lose weight
and spend tons of money
I recommend their buffet!

Food made with love?
I think not