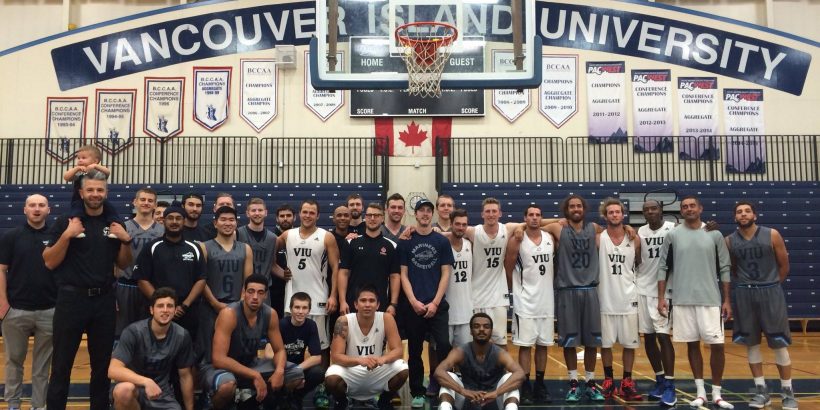 Above: Photo via VIU Mariners

On Saturday, September 24, VIU basketball alumni came back to put on a clinic for the youngsters that will take the court for VIU this year.

In the first game, the Alumni took an early lead, ending the first half 45-36 over the Mariners’ men. The Alumni turned up the heat in the second half, finishing the game with a punishing score of 92-61. Alumni players Tyler Olsen and Luke Robinion nickel and dimed the young Mariners with two’s all game long. Despite a high scoring performance by Usama Zaid and Hayden Hall for the men’s team, the Alumni had the first game well in hand.

The second game was much closer; the men’s team gave the Alumni a run for their money, but ultimately lost 90-75. Max Reed, Kaz Robayashi, and Morgan Proctor had a big game for the men’s team; however, a high scoring performance from Jared Dorby and Carson Williams for the Alumni made all the difference.

Overall, the game was a fun experience for both sides. The Mariners are now prepared for any team in their age cohort. The Mariners will travel to UBCO to take on the Heat in their season opener on Oct 1.