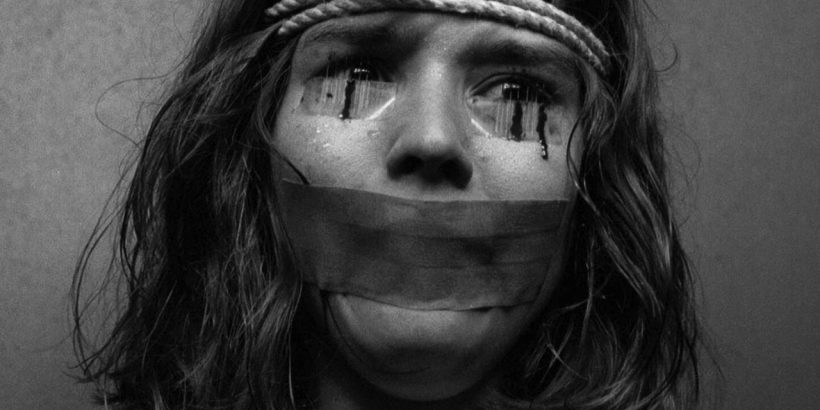 Above: Opera. Photo via barleydoeshorror

Halloween has now come and gone, and we’re into November now, which I suppose means that it’s basically Christmas. Every October I review one horror film per day that I have never seen before. I promised to complete my set of 31 reviews, so here they are. You can find complete reviews of all 31films, and previous years’ reviews, at barleydoeshorror.wordpress.com.

This fun and goofy little movie is chock-full of everything we’ve come to love about the ’80s: stop motion creature effects, goofy child characters, and a clear sense of fun. There are a couple of jarring and disturbing homophobic epithets that seem to be a product of the time, but all in all The Gate is just a bunch of fun. Plus, it stars a very young Stephen Dorf who is surprisingly charming. Recommend.

Another delightful product of the ’80s, Night of the Demons is a ridiculous movie loaded with gore and great make-up effects. The movie immediately reminded me of a scene from a Halloween episode of the TV show Community, with over-the-top caricatures of  “bad teens” and “pure teens,” and the whole thing just works. It’s definitely silly, but I had fun watching it. Recommend.

I originally avoided this one after having seen the remake when I was young, but I finally went ahead and checked out the source material. Shutter further proves that the original is (almost) always better than the remake, because this movie is fantastic. There is a real sense of dread and suspense throughout the movie, and it freaked me out. If you’re looking for a good ghost story, and can handle a movie with some subtitles, then you need to see this one. Strong Recommend.

Another one with a lousy American remake, sadly Pulse really didn’t do anything for me. It suffers from the same issue that Koroi did: length. It’s too long and the story doesn’t seem deep enough to warrant it. It does make for an interesting time-capsule of a time when we were all a bit afraid of the rising ubiquity of the internet and cellphones, and does something relatively interesting with that fear. Unfortunately though, the attempt falls flat. Pass.

I’ve seen this movie compared to Donnie Darko, and it does earn that praise. It deals with time-travel and that alone makes the movie complex and full of twists and turns. The House at the End of Time is interesting and creepy, though you will likely find yourself figuring out what is going on fairly quickly. That, however, doesn’t ruin the film, and makes you wonder how they’re going to pull off what they’re setting up. Interesting, creepy, and worth checking out. Recommend.

If I’m being honest, I can hardly believe the run of good movies that the second half of the month presented me with. Baskin is a Turkish film about a group of police officers who stumble into hell when they come across a black mass. It’s a surreal and interesting movie that delivers some grim and hard-to-watch scenes. Great performances from a few key actors are what really make this movie work. You’ve been warned though, it’s pretty grim. Recommend.

The first movie on the entire list that can be viewed for free on YouTube (legally), Rorschach took me back to the days of the first Paranormal Activity film. It’s a slow burn with no real soundtrack to speak of, and an almost unbearable tension. I found myself nervous about getting up and going to bed once the movie was over. If you’re someone who hates found-footage films out-of-hand, then you’re not going to like this one, but if you’re looking for an atmospheric haunted house movie with some real-feeling performances, then look this one up on YouTube. Strong Recommend.

I suppose the hot streak has to end sometime, and with The Nameless my run of great films has come to a grinding halt. This one showed up on more than one “Great horror movies you might not have seen” lists, and so I took it on faith and checked it out. What starts as a fairly straightforward mystery about a murdered girl, and the effect her loss had on her mother, steadily flies off the rails and starts to incorporate more than it needs to, including a cult trying to synthesize evil, Nazi experiments, a man who really needs to deliver some photos, and plenty more. While the performances aren’t bad, the movie just doesn’t work. It was made all the worse by the distracting English dub on the version that I watched. Pass.

While I wouldn’t call this an out-and-out “mockumentary,” the term pseudo-documentary does seem to fit here. The bulk of the movie does appear to be an earnest documentary about underground horror, and about the extremes that some filmmakers go to present brutal and violent horror films. However, the story of a fictional character and his fictional series of snuff-films is told throughout the documentary. The movie was initially presented as a pure documentary, and I think that knowing it isn’t is what hurts the film most. It removes the punch and intrigue that could have been, and replaces it with a mediocre story instead. Fans of August Underground and their ilk will likely enjoy the interviews with them, but overall the movie feels empty—a real documentary about outsider art and horror would have been infinitely more interesting. Pass.

A movie with a simple premise that actually takes on some pretty heavy subject matter. You don’t expect a movie about a ghost who kills you with cellphones to take some pretty serious detours into dealing with child abuse and Munchhausen syndrome, but One Missed Call does… for some reason. In truth the movie is just a bit too long, and feels a little unfocused. It’s well-shot, well-acted, and even has some really intense and frightening moments, it just didn’t quite work for me. Light Recommend.

If you like your movies to have a plot that doesn’t make much sense, and when it does you just can’t get invested, but has a huge focus on gross-out gore effects? Well then this is probably the one for you. It’s certainly not too long, or even boring, but I just had a hard time caring too much about anything that was going on. Plus, when you’re like me, gore-effects aren’t enough to make a movie entertaining or even worth the time, and that was really all this one had going for it. A nasty little 1980s grindhouse film, but not one that felt worth the time. Pass.

It may be hard to believe, but Train to Busan is a zombie movie that is actually a blast to watch. It seems we’ve seen every conceivable iteration of a story that has zombies in it, and while Busan isn’t exactly treading new ground, it is a colourful, fun film with a whole lot of energy. It’s proved that there might still be some life in the empty husk that is the zombie sub-genre. It’s a whole lot of fun, and one that you should check out. Recommend.

I’ve really never been a huge fan of Dario Argento, he struck me as more of a style-over-substance type director, and having now seen Opera I pretty much stand by that statement. With that said,it’s satisfyingly entertaining, and offers up some pretty grim gore for those of you who need themselves some of that to enjoy anything. The story is simple enough, a young opera starlet is stalked by a lunatic who murders her friends in front of her. All in all, an entertaining but not spectacular movie. Light Recommend.

The only Exorcist sequel I had ever heard a single good thing about, it was hard to imagine that this would even come close to offering the same level of quality and scares as the original. With that said, it was a relief that The Exorcist III actually didn’t try to be as good, or even the same kind of movie. This one feels more like a mystery story that has supernatural elements on its fringes. Not a bad movie, not a great one, and certainly not even close to the original. Light Recommend.

I had such a solid run of great foreign films this month that I decided to take another shot with the German found-footage film The Presence. This is one of those movies that reminds me that there are terrible filmmakers all over the world, who are trying to capitalize on what is popular rather than do something interesting or original. The Presence is every other found-footage ghost film, but somehow done even worse. Basically it’s everything you hated about Paranormal Activity, with worse editing. Pass.

Ending the month on a high is always nice, and I Am a Ghost delivered something special and interesting. It’s easily the “artsiest” movie that I’ve seen all month, but there’s something really engaging and unique about it. It justifies its surreal nature by giving the movie a very unique perspective. Essentially, Ghost is the story of a ghost who has an almost psychiatric relationship with a medium who is trying to help her move on. Admittedly, those are some broad strokes to paint this with, but it’s worth not knowing more. It’s a slow build, and really effectively draws you in. Strong Recommend.