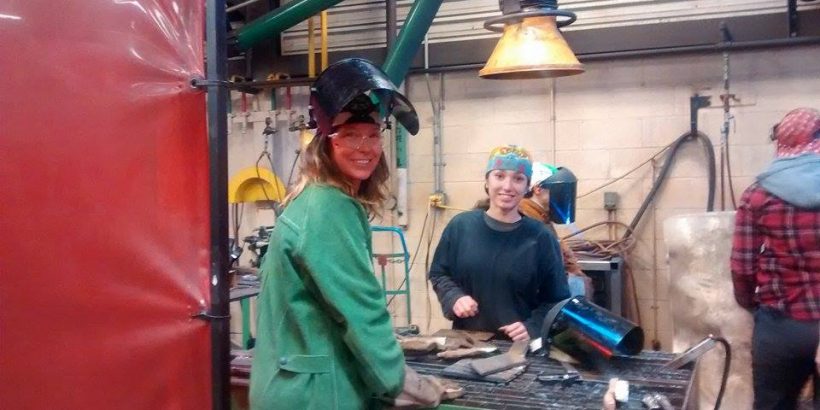 Above: VIU students in the Foundations welding program show off their skills with the plasma cutter. Photo by Aislinn Cottell.

Although our culture has come a long way from the strictly prohibitive gender roles of the past, many careers which show a large imbalance in their workforce when it comes to their female demographic. The trades—an umbrella term for jobs such as carpentry, heavy mechanics, welding, electrical, and automotive work—is an industry that, whether or not intentional, is often coded as “men’s work.”

Last month, VIU took a step towards changing that mindset with Women in Trades, an open-house style event aimed at women who may never have considered learning a trade.

The event took place on lower campus, where each department had set up a demonstration with professors and students to talk about their area of expertise. In the welding workshop, students showed off their skills with plasma cutters, a tool that cuts metal using a jet of accelerated hot plasma; in the heavy mechanics area, visitors were invited to try out high-tech simulators used to train students learning to drive heavy machinery such as excavators and bulldozers.

“We really want to highlight the career opportunities for women in trades,” said Glynis Steen, Dean of the Faculty of Trades and Applied Technology at VIU. “The percentage of women in our trades programs is low, and we want to attract more. One good way to attract more women to the trades programs is to introduce them to women who are already pursuing successful trades careers.”

Carla Smith, President of the general contractor company CMF Construction Ltd., is one example. Smith has worked in the construction industry for the past 20 years, and says she has “not regretted a minute” of her career.

“I like the variety of what we do, it’s never the same thing every month,” said Smith, adding that the complexity, unique problem solving, and satisfaction of creating something new and useful for the world is very rewarding.

Smith is also Chair of the Nanaimo chapter of Women in Construction (WiC), an informal, grassroots-style network of women working in the construction industry. WiC, along with the Nanaimo Ladysmith Public Schools, helped to organize the Women in Trades event at VIU.

“We’re trying to get the word out there that it’s a well-paying job,” said Smith. “We thought the best way to connect with the new generation would be through schools.”

Formed with the intention of making connections and growing the female demographic of the trades, WiC is sponsored by the Vancouver Island Construction Association. This is the first community event that WiC has been involved with, although they do host approximately six events a year for their members to encourage networking and share information.

Students at the event echoed Smith’s sentiments on working in the trades.

“I enjoy what it’s taught me about myself, about my patience and tenacity,” said a first-year welding student named Leslie. “I’m also interested in making some money, my last couple jobs weren’t very lucrative.”

According to WiC statistics, workers in the trades industry make an average of $55k annually. And with most four-year trades programs, students begin real-world apprenticing in second year, graduate with a certificate, and can find work immediately in their field.

As Derek Beeston, Principal of Career Pathways with Nanaimo Ladysmith Public schools said, “It’s far overdue for women to be actively sought out for careers in the trades. The opportunities are endless.” 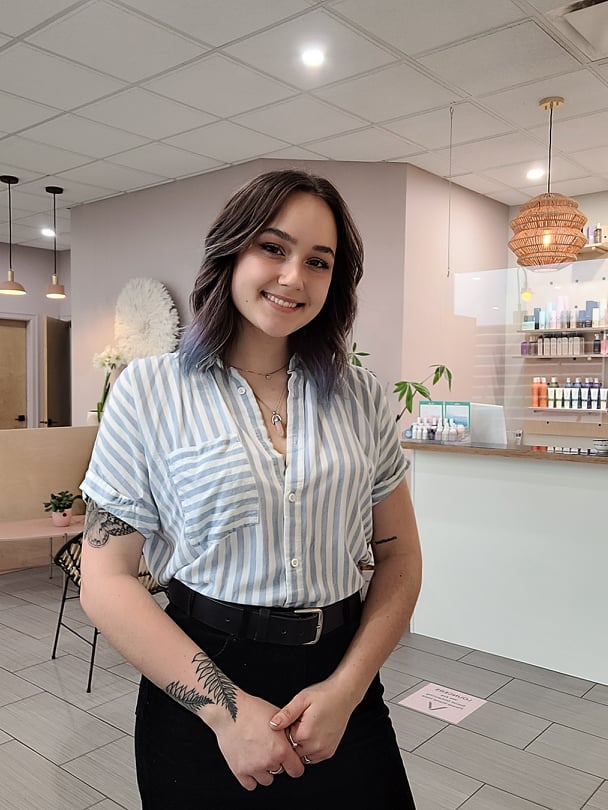