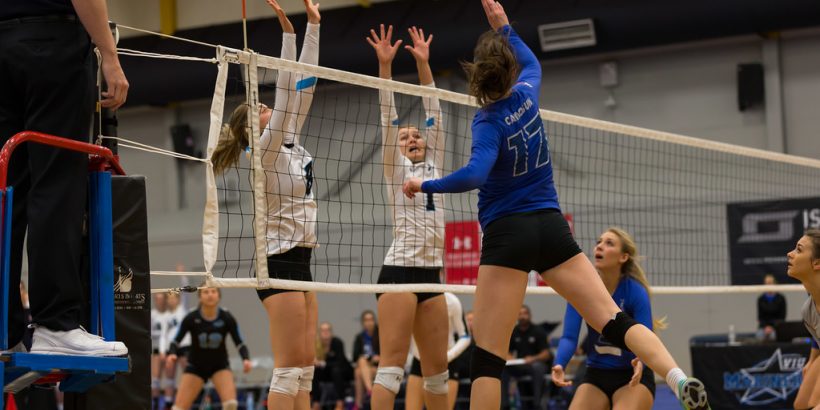 On Friday October 21, the VIU Mariners hosted the Camosun Chargers for the first of two Island rivalry volleyball matches.

The Mariners burst off to an early lead, up 6—0 when the Chargers took their first timeout. The Chargers rallied back after their timeout, coming within two points of the Mariners’ 12–10 lead. With an ace from Mariners power forward Andrea Cankovic, the Mariners took the first set 25—16.

On Saturday October 22, the Mariners traveled to Camosun College for their second game against the Chargers.

The Chargers came out looking like a different team. The first set was a close fought battle. Near the end of the set, the teams were tied 22—22, however the Chargers took the first set 25—22.

The battle continued in the second set. At the first timeout, the Chargers led the Mariners 10—9. As the teams traded rallies, and the lead, neither of them could find a substantial lead over the other. The two were tied 23—23 before the Mariners took the set 27—25.

The Mariners next match is at Columbia Bible College in Abbotsford on November 4 agaisnt the CBC Bearcats.