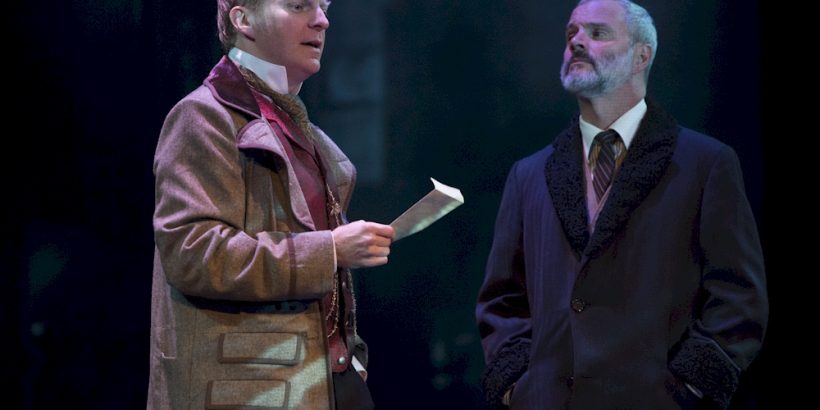 On November 15, a large crowd was treated to an Arts Club production of Baskerville: A Sherlock Holmes Mystery. The show is billed as a “fast-paced farcical adventure”, and features the exceptional talents of five actors filling the roles of 40 characters. While the actors portraying Dr. Watson and the famous Detective Sherlock Holmes remain the same, it falls to three others to make up the rest of the cast needed to tell the story.

Having seen Potted Potter the week before, my expectation for Baskerville was significantly different from the show that I actually saw. Where Potter plays things fast-and-loose with the story details, and is a high-energy performance that even borders on the frantic at times, Baskerville takes things significantly more seriously. The first clue came from the costumes. A character enters the scene at the beginning of the show in period-appropriate garb and starts delivering lines directly from the source material. For those who wonder what I mean, the original stories of Sherlock Holmes are not actually set in modern-day London, but way back in the days before Benedict Cumberbatch graced us with his beautiful cheekbones.

From there, Baskerville very quickly establishes that while it is putting a humorous tone on the Baskerville story, it is committed to telling that story properly, albeit in a way that is hilarious and memorable.

The first thing that sets this production apart as something unique is its presentation. Before we even get to the small cast, and the deeply impressive costume changes, we have to talk about the multimedia tools that are used. The set design combines elements of practical sets and props with images projected onto screens. There is a crew of stagehands who transition the sets between scenes with what can only be described as laser-precision. From where I sat, I was able to see the marks that littered the stage, and only someone who had been working on the show could have made any sense out of what appeared to be literally hundreds of marks. The cast was also involved in moving sets and screens to place, and the entire production was so fluid and impressive that it alone might have been enough to make the show something special, even if everything else hadn’t been so great.

There is, of course, the wonderful cast. As I mentioned, Holmes and Watson are played by the same actors for the entirety of the performance. They are expertly portrayed by Mark Weatherley as Watson and Alex Zahara as Holmes. While they do their best (and mostly succeed) to deliver the characters with an accent, it’s the charm and charisma that make their performances work as well as they do. It does make sense that the accents from those two actors would be the strongest, given that they only have the two characters to worry about, which leads me to completely forgive the hilarious and bizarre cacophony of accents displayed by the other three performers.

The trio, Lauren Bowler, Kirk Smith, and Mike Wasko are responsible for filling each and every remaining role in the production, and are also responsible for some of the most impressive theatre performances I’ve ever had the pleasure of seeing. The costume changes they performed were so fast that part of me had to wonder if there wasn’t another actor or two hiding in the wings. It quickly became apparent that these three changed outfits faster than I could even properly wrap my head around, and always came out in character and ready to deliver a performance with the same level of gusto and enthusiasm as they had in the previous scene. They kept their energy up to inexplicable levels, and it’s hard to properly describe how impressive the changes are without seeing them for yourself.

The farcical elements of the play really work well as well. There are jokes in the show about the more elaborate and stressful costume changes, most memorable being one from Lauren Bowler, who changes from a woman in a large hoop dress to a young newsy boy and back again between three scenes, and acknowledges the task with a loud, and out-of-context scream as she runs off stage. There are also some interactions with a particularly funny stagehand, and other jokes that are simply inserted anachronisms that really work to make the show fun and consistently entertaining. That said, it’s clear that there is a real knowledge of the story they are “farci-fying” and it maintains what I said about Potted Potter, in that you can’t effectively make fun of a thing if you’re not very familiar with it.

Baskerville: A Sherlock Holmes Mystery was a truly entertaining and funny show that made me further appreciate the position that I hold here at The Navigator. A job that allows me to go out and watch exceptional theatre is one that I will be grateful for forever, and Baskerville will be one of those memories that I hold on to for a long, long time. Keep an eye out for further Arts Club performances coming through: if you get the chance to see this team of actors and creatives perform, you need to take it. 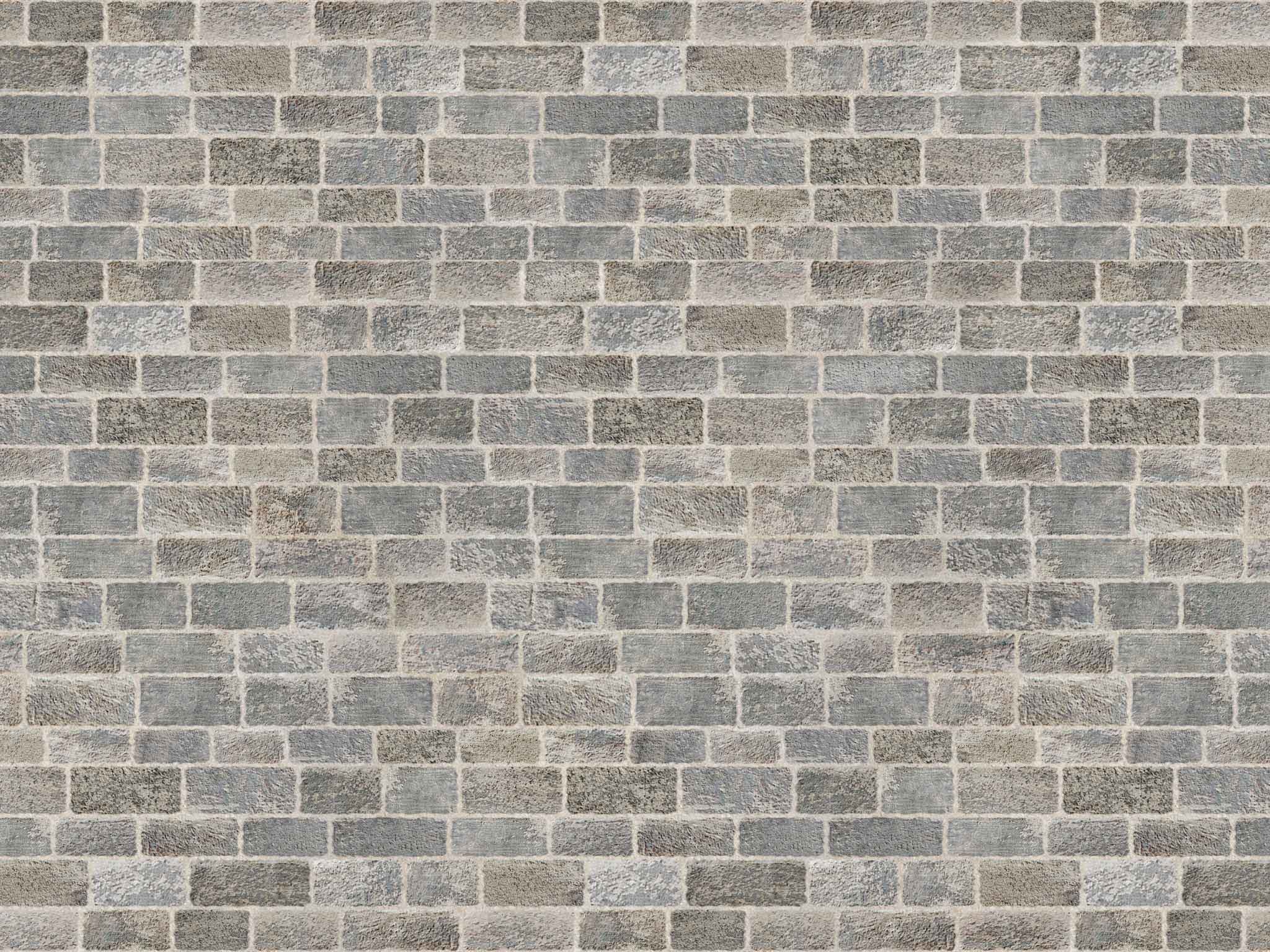