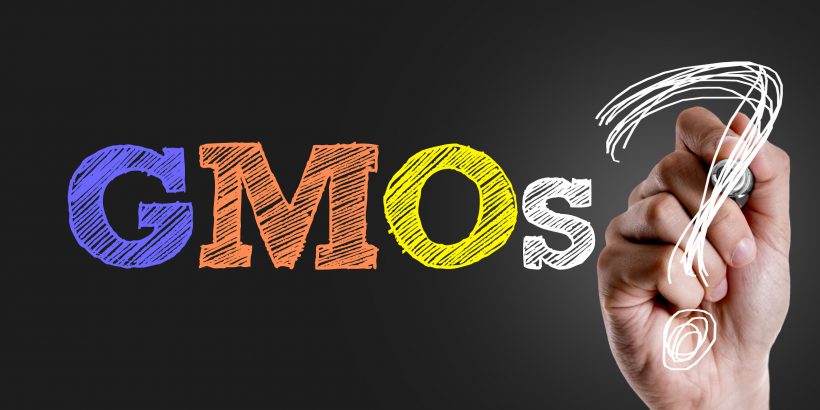 Above: Photo via iStockphoto.com

We need to take some time and correct some major misconceptions concerning genetically modified organisms, or GMOs. You may have heard of them before as dangerous, untested, unnaturally modified foods that destroy the environment, promote the use of poisons, may be dangerous to your health, and are used to manipulate and take advantage of farmers and producers, all in the name of profit. It all sounds like the plans of some comic book super villain, and there’s a reason for that. All of it is highly misleading.

Firstly, what are GMOs exactly? They are living organisms—whether that be pigs and cattle or corn and tomatoes—which have had their genetic make-up modified in some way. There are a number of techniques, such as selective breeding, where plants or animals with the best traits are selected and bred together until they are substantially different organisms. This is the oldest and most widely used technique in human history. which helped turn big shaggy wild cows into the domesticated versions of today such as the Red Angus, bred for their excellent marbled beef, the Piedmontese, who’s milk is a vital ingredient in a number of Italian cheeses, and the ionic white-with-black-patches Holstein, famous for their milk and the type most commonly thought of when told to imagine a cow.

But most people who have issues with GMOs usually don’t seem to consider this form of genetic modification bad or negative, considering these to be natural processes. The technique that gets the most flak tends to be the newer method of direct modification, or the addition of specific genes within the genome of organisms. Many see this as unnatural or as having the potential to add dangerous or unnatural changes to their food that could lead to sickness.

Yet, this is inaccurate. By most standards, the modern techniques of genetic engineering are like using a laser cutter, while the old method of selective breeding is more akin to a chainsaw. It gives breeders and food companies the accuracy and freedom to make specific changes in the exact locations rather than hoping that random mutations can result in similar results. Plus, even the concept of something being “naturally occurring” in an organism is violated by nature all the time with processes like lateral gene transfer between species. In fact, lateral gene transfer is almost exactly what most of genetic engineering is—except we choose which genes and we choose where those genes are expressed.

But, there is some validity to the concern that these changes can create potential health hazards to consumers. In Canada, the policy of substantial equivalence is used. This means that we recognize that normal foods contain toxic compounds that do not pose a risk if prepared properly; for example the leaves of potato plants, tomatoes, and rhubarb are all toxic but are never actually consumed.

Although genetic modification broadens the potential of what can be in specific foods, it also introduces new risks; so, these foods must be assessed accordingly. These tests include deciphering where and what sort of changes have been added to the food; tests for allergens, bioavailability, toxicity, and gene transfer; and considerations of how this food would be eaten both processed and unprocessed. In a number of cases, these tests have caught unintended consequences of genetic modification before they hit the market. One example was a strain of soy bean that was discovered to have the Brazil nut’s allergenicity transferred to it along with a Brazil nut gene.

But what about the claim that GMOs destroy the environment and lead to increased use of pesticides and herbicides?

Pesticide use has actually decreased since GMOs were introduced to the market. Herbicide use, however, has increased in that same time frame. This is due to the ability of GMO’s to withstand the chemicals without being damaged, and it is only increasing more as weed species develop their own resistance through natural selection.

This has led to some controversy, especially as companies selling GMOs and herbicides begin to merge, as some of the promise of GMOs was to reduce the overall uses of herbicides and pesticides. All of this comes under an even more critical spotlight when compared to EU markets which have largely restricted the use of GMOS while still keeping up with yields and also drastically reducing the amount of pesticide and herbicide use thanks to better farming practices.

Luckily, the majority of herbicides are nearly harmless to humans as they directly target aspects of plant biology. Regardless, the increased volume and the use of wider varieties of herbicides only seems to be a growing trend as more and more herbicide resistance genes are added to crops.

But herbicidal resistance is just one of the many types of genes added to our foods to help increase yield. In many cases genes are added to help control pests. Anti-insect genes help to reduce the use of pesticides, while anti-viral or anti-fungal genes help protect crops from disease and spoiling in the fields, in the stores, and in your home. Genes that help crops better withstand weather changes are also becoming increasingly important in the face of changing climates. Antifreeze genes that help plants withstand frosts, genes that help root systems resist temporary or even sustained flooding without rotting, or genes that help plants withstand intense sun without burning up and turning brown all help to increase the hardiness of crops. All of these have allowed farmers grow a wider variety of crops than would normally flourish in their climate and biosphere with the most drastic and impressive impact seen in the developing world.

Many genes are used just to increase nutritional value. Sometimes this means growing larger fruit and vegetables or growing them in a shorter period of time so that more can be consumed. Other times it means adding nutrients into the food itself by giving it the genes needed to synthesize them. The most famous example is golden rice—rice that was genetically engineered to synthesize the precursor to vitamin A which is severely lacking in the diets of the poorest in the developing world. There a large number of nutritionally augmented strains already made or in the works in an effort to increase general health and fighting malnutrition worldwide including strains of soybean, maize, and canola.

The last and most controversial aspect of anti-GMO rhetoric is the business practices of the companies that produce them. Unfortunately, there is also where the greatest amount of misleading or emotionally charged information muddying the truth lies. In some cases there is good reason for the concern as important ethical questions like whether genes and other aspects of biological life can or should be patented are left by the wayside.

Sometimes the concerns are resolved as the companies themselves make efforts to better the world with their product as Syngenta did by making golden rice free of charge to farmers in developing countries. Other times, the concerns are baseless or false as is often the case with health related rumours and anti-GMO rhetoric, most of which stem from bad experimental design or the misunderstanding of biology and the results of scientific studies.

Many of these false studies and conclusions come from unreliable resources, but, in any case, while the ethics of GMO producing companies can be questionable, the majority of propaganda relating to GMOs themselves is also baseless or misleading. The anti-GMO propaganda has gotten to the point that 121 Nobel Prize Laureates have signed a letter asking Green Peace and other organizations to cease anti-GMO fear-mongering.

Now more than ever we need to be able to control and modify our food to best feed our ever growing population in an ever turbulent and changing world. While climate change becomes more and more prevalent, challenges like disease, overpopulation, and poverty will become even more difficult to address.  GMOs could be essential in ensuring that rampant crop loss and famine do not occur. In the long run, GMOs can offer us a tantalizing possibility of ending world hunger and malnutrition or the potential to grow crops in the inhospitable soils of Mars and beyond. The possibilities of GMOs are exciting and provide hope for an otherwise troubling future.