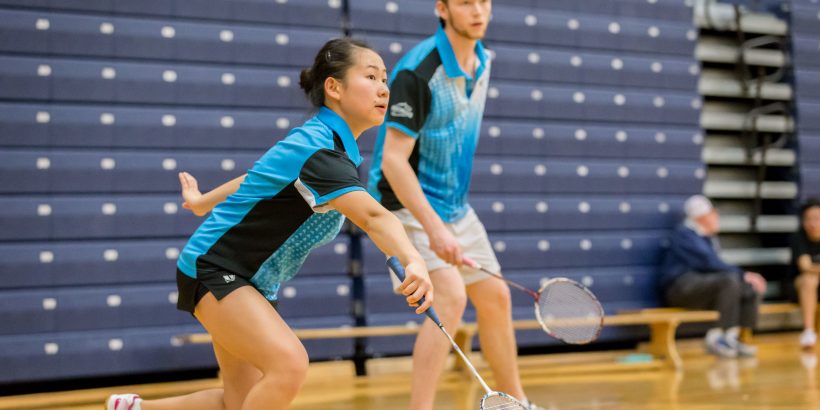 Above: Helen Cheung and Graydon Robb get ready to return a serve. Courtesy of North Field Photography.

Over the weekend, VIU hosted teams from UBC and SFU for a badminton tournament.

Going in to the tournament, the Mariners knew they would face stiff competition from the powerhouse teams of UBC and SFU, however they preformed exceptionally well, and are looking forward to more success in the season.