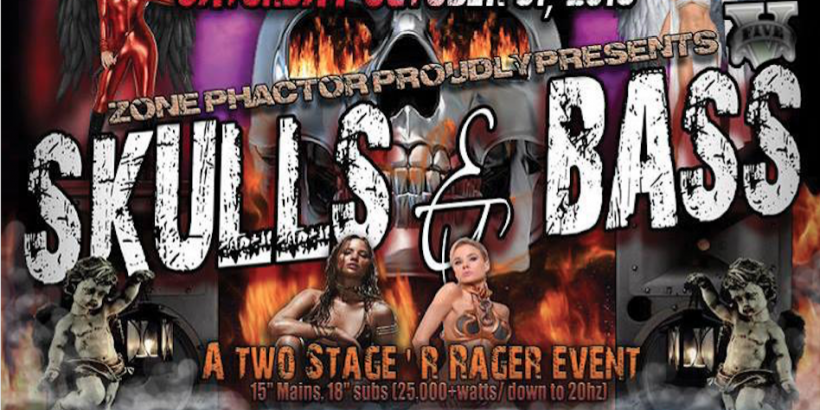 Hundreds of people in costume are all around me, vehicles are everywhere, and music and lights are pouring out of the forest. A man with a flashlight walks up to my car and asks for $25. I give him my money and pull into the party.

Twenty minutes earlier, I had driven off of the pavement onto a muddy, tree-lined back road. Every time I had become convinced I was lost, there would be another subtle sign pointing me towards the remote Halloween show, past another pot-holed crossroads, or around another gnarly bend leading me further away from cell service. Directions had just been posted a few hours before, so just finding the show felt like it was supposed to be part of the whole experience.

I had first heard about Skulls and Bass from another VIU student, Ryland Pennell-Davis, over the summer. We had both been at the Brand New concert in Vancouver when the topic of Nanaimo shows came up. Skulls and Bass is the “big one” on Vancouver Island, he had said. “You have to check it out.”

The 6th annual Halloween EDM (Electronic Dance Music) double-stage show would be hosted in a remote location by a group calling themselves Zone Phactor. Using the tagline, “No Drama. No Bullshit,” there would be licensed security, first aid attendants, and “sober transport,” for worst-case scenarios. DJs believed to be selling drugs would never be allowed to play again.

When I was younger, I had heard these kinds of Vancouver Island shows were drug-infested free-for-alls. Skulls and Bass, on the other hand, sounded like something positive and more interesting. Even though the EDM scene was completely foreign to me, I decided to attend the event and write about my experience afterwards. Months later, the night has finally arrived.

I park my car on the side of the road. I then make my way up a muddy path towards the main stage. The tarped-over dance area with its carnival-like lightshow gives it a UFO-has-landed-in-the-forest look. The bass thumps and the music scratches and twitches rhythmically into the night. People in costumes are moving across the makeshift mud dance floor. Most of them are smiling.

Zone Phactor was created by “a collective of people with a common goal from all over the island,” Mike Greenspade, one of the group’s founders tells me. Talented newer musicians had been finding the EDM scene “clicky” and difficult to get into. Other DJs were not being paid. There was a demand for something different.

There hadn’t been any outdoor Halloween shows in years, so Zone Phactor recognized the opportunity and began to plan one. They found out another group was preparing to do the same thing, so the two entities collaborated and turned the night into a three-stage event. To “showcase” as many artists as possible, Zone Phactor has continued to use two stages for Skulls and Bass ever since.

“I am semantically opposed to the term rave,” DJ Grimiaulkin tells me, “It implies theft, violence, and drug use. We like to use ‘bush party’ instead.”

The main stage is set up near a parked U-Haul truck. A running generator powers the lights and sound system. There is a bonfire off to one side. Being an all-night show, some people have set up tents nearby as well. The crowd is all ages, but most of them look to be twenty or younger. I’m curious where they’ve all come from.

“We do a lot of word-of-mouth advertising or use the Facebook event page,” Greenspade says.

According to the @ZonePhactor event page, people have come from Campbell River, Courtenay, Victoria, and Vancouver. For those without vehicles, there are carpools and pickup locations in Nanaimo from Woodgrove Mall and downtown.

People are drinking, others are smoking marijuana, but I don’t see anyone using hard drugs.

“My dad was an addict,” says an underage male, “so I only drink and smoke weed.” He adds that he believes many others are “on something,” but says it isn’t something his group of friends are interested in.

“In the past,” DJ Grimiaulkin says, “Some people have used Djing to deal. Mike (Greenspade) doesn’t hire people who sell drugs.”

I ask Greenspade about this later. “Why would you even be here if you aren’t trying to showcase your musical talents to the best of your ability?” A large majority of Zone Phactor’s organizers are “sober people who simply enjoy music,” he adds.

“We do outdoor events almost exclusively,” Greenspade says, “From single nights, to camp-outs, to graduations and birthday events,” but Skulls and Bass is Zone Phactor’s biggest show of the year.

“After every event we have volunteers, crew, and DJs stay behind until the entire area is cleaned up.” Greenspade adds, “We haul out the garbage we bring, since we love Mother Nature and enjoy the natural beauty of the outdoors.”

No Drama. No Bullshit, I think to myself. I like it. 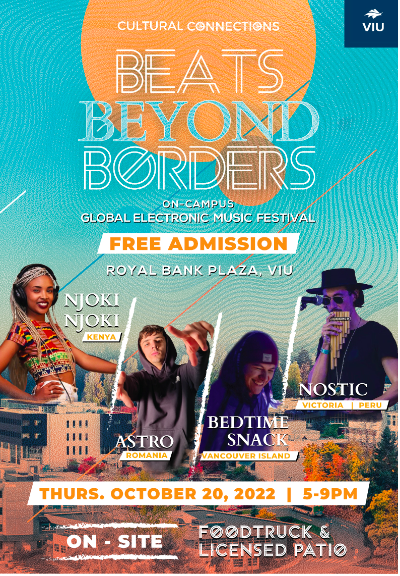