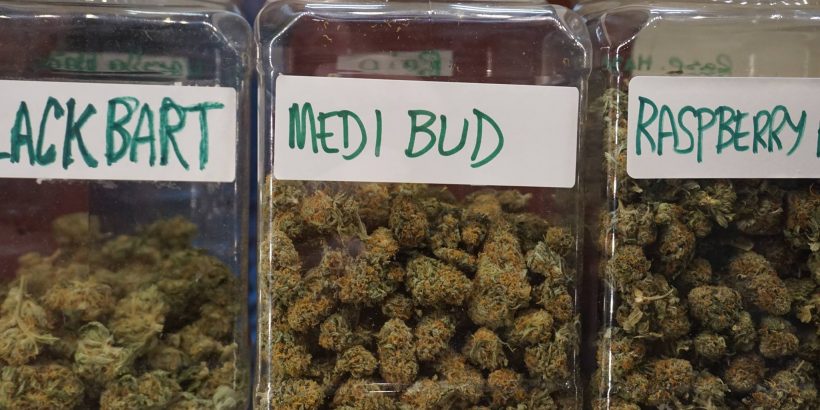 On November 12, 2015, the Nanaimo RCMP gave notice to 11 marijuana dispensaries operating in the city, informing them that they had seven days to close shop, or they would face criminal charges.  More than a year after raids were conducted on several dispensaries, there are even more dispensaries in Nanaimo than there were before, and no criminal charges have been brought to the courts.

“The sale of marijuana outside of the Health Canada regulations is illegal under the Controlled Drugs and Substances Act,” Rob Christenson of the Nanaimo RCMP said. “The search warrants were executed on local marijuana storefronts because they are trafficking controlled substances contrary to the CDSA. None of the marijuana storefronts are operating legally.”

Christenson said that the RCMP was firmly against the dispensaries because they operate outside of the law, however, with the current fentanyl crisis, the drug enforcement department of the Nanaimo RCMP lacks the time and resources to deal with dispensaries.

Tyson Ricard, an associate of the Nanaimo Cannabis Club, formerly known as the Nature Source, agrees with the position of the RCMP.

“We operate illegally,” Ricard says. “It’s terrible that we’re at odds with the RCMP. We do our best to self regulate. We are trying to get everything in line with building inspectors and all of that, but because we’re an illegal business, we can’t get people in here to do that work. It’s all up in the air right now.”

Ricard says that cannabis advocates feel betrayed by Justin Trudeau’s Liberal government because the Liberals campaigned on legalization of marijuana, and have not decriminalized it in preparation for new marijuana laws. Despite Trudeau acknowledging a clear mandate given to the Liberal government to legalize marijuana, he has publicly maintained that until the new laws are ready, the current prohibition stands.

The Nanaimo Cannabis Club does what it can to operate as close to legally as possible. They require ID, they do not sell to anyone under 19, and they place limits of how much product people can buy at a given time. The Nanaimo Cannabis Club used to require prescriptions from registered physicians as a condition for membership, however following last years’ raids, dispensaries stopped adhering to government standards.

“We operate to spite the government,” Ricard says. “I consider myself a protestor at this point in time.”

Ricard is passionate about Cannabidiol, (CBD) oil, a cannabis derivative that does not result in a psychoactive high. In a 2013 review published in the British Journal of Clinical Pharmacology, CBD has been found to reduce nausea, suppress seizure activity,  as well as combat psychosis, inflammation, neurodegenerative disorders, tumour formation, and depression. CBD oil has been classified as a medicine in Britain, and is also used widely by MMA fighters who take  it as a painkiller before their fights.

“There’s so much out there about what weed can do for you,” Ricard says. “There’s so many ways to ingest it, a person is not just limited to smoking now. Smoking is probably the harshest way to take anything into your system.”

Along with providing their members with access to marijuana and marijuana derivatives, the Nanaimo Cannabis Club provides jobs for members of the community. The Club is not just a storefront dispensary, it is also a kitchen, lounge, and events venue. Employees are trained in Serving It Right, and have obtained, or are obtaining their FoodSafe certification. Employees are also trained in the various strains of marijuana, and the effects of each product, so that they can best help customers to consume products that match their needs.

“These are people who are making money and spending it in their community,” Ricard says. “We pay our taxes on the paycheques, we just want to be taxed and operate like a normal business. We’d like to operate under similar restrictions and circumstances that bars do.”

Ricard believes that large pharmaceutical companies should not be relied upon for the sale of marijuana once it is legalized. He compares companies like Tilray to beer producers like Anheuser Busch, and the Nanaimo Cannabis Club to craft breweries.

“The last thing we want is for it to be a faceless industry where people go into a London Drugs and get marijuana from someone who does not care about cannabis,” Ricard says. “There’s a lot of depth in cannabis. We have people with low tolerances who come in and ask for products that don’t get them too stoned. How are you supposed to answer that question if you don’t smoke weed?”

Marijuana is hard to regulate due to the complex nature and variability of the substance. As the government moves forward with legalization, Ricard would like dispensaries and compassion clubs to continue operating in a similar manner to how they have been operating, then see the framework of regulation built around that. The Nanaimo Cannabis Club agrees that members should be 19 years of age and older to purchase products, and they have a self-imposed limit of one ounce of standard marijuana, and two grams of concentrates.

Ricard would like to see more educational material around marijuana become available to the community. He believes that lumping marijuana along with hard drugs is not an effective way to teach kids about marijuana, who are likely to try marijuana at some point, and may lead to them trying other drugs. He suggests that marijuana has more in common with caffeine than with hard drugs, or even alcohol.

“We want to be a part of the community,” Ricard says. “There’s a place for us in the community, and we want people to talk about weed. There needs to be an open and honest discourse. All of the dishonest information dilutes the conversation.”

The Nanaimo Cannabis Club provides a community within itself for learning about cannabis. People who are not knowledgeable about cannabis can come to converse with the staff, and other cannabis advocates in a safe environment.

“I like that it’s a controlled environment,” said Shane, a customer at the Nanaimo Cannabis Club. “It’s a safe place to come, they have lots of medical information, especially about CBD. I see a lot of people on disability come in for CBD oil and it helps them a lot.”

“A lot of our customers are very happy and outgoing all the time,” she says. “There’s this one older lady who comes in, she goes through chemotherapy three times a week. She comes in here looking so fragile. She’s so sweet to everyone, and she makes my day every time I see her. People like her make us want to help out.”

It will likely be many more months until the Liberal government unveils their plans on legalizing marijuana. Until then, dispensaries and compassion clubs like the Nanaimo Cannabis Club will continue to operate outside the law, and not without risk.

“Marijuana storefronts are an illegal operation under the CDSA,” Officer Christenson says. “All persons engaged with these businesses are subject to enforcement action and prosecution under the current laws of Canada.”