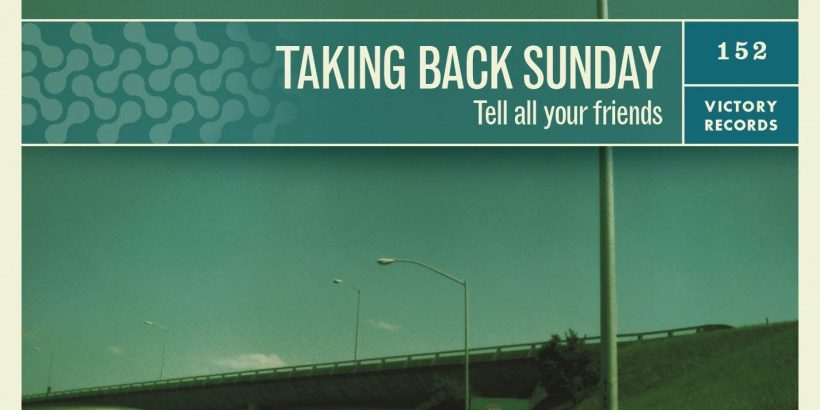 By Spenser Smith and Sarah Packwood

Terrifying fact: Grade 12 students starting their semester this September will be born in the year 2000. List of things I was doing in the early 2000s: waiting for my crush to log on to MSN, reading Deltora Quest, and listening to a steady stream of emo music. As a teenager, I formed a deep connection to the genre. The confessional, over-the-top angst spoke to my adolescence, and while I had zero experience with the overdramatic relationships that the bands sang about, I fantasized I did. I enlisted my partner and resident emo expert, Sarah, to craft our own MySpace-style “Top 8” emo albums of the 2000s. In the early 2000s, Sarah could be found listening to LimeWire’s best downloads and surfing LiveJournal in her bedroom, which she describes as “an endless feed of Fueled by Ramen content and slash fiction, pre-Tumblr of course.” Her emo phase helped her discover that her distaste for her hometown was shared among other pierced up, fringe-bearing weirdos. (Note: Sarah is still a pierced up, fringe-bearing weirdo.)

Tell All Your Friends, Taking Back Sunday (2002)

Tell All Your Friends was my introduction to emo, and with over 800,000 copies sold, it was probably a lot of other people’s introduction as well. From “You Know How I Do” to “There’s No ‘I’ in Team”, the energy of Taking Back Sunday’s debut album is entrancing. Adam Lazzara’s and John Nolan’s forceful, breakneck exchange of vocals gives this album a sing-along value that cannot be understated. In fact, if you drive down Nanaimo Parkway towards Woodgrove Mall on a weekend, there’s a decent chance you’ll see me in my Mazda 3 performing a cringeworthy rendition of “Cute Without the E (Cut from The Team)”.

While recording …Is a Real Boy, lead singer Max Bemis, who suffers from bipolar disorder, believed he was being secretly filmed for a mockumentary which led to one of many mental breakdowns. Not surprisingly, mental illness, drug use, isolation, and loneliness are consistent themes throughout the album. Originally slated to be a rock opera, …Is a Real Boy has a deeply introspective, theatrical quality that somewhat reminds me of Pink Floyd’s The Wall. Euphonic, drug-fueled, and heartbreakingly real, …Is a Real Boy will always have a place in my little emo heart.

Probably a little more post-hardcore than emo, Saosin’s first EP is graced by Anthony Green’s dazzling voice, countered perfectly with heavy, catchy guitar riffs and explosive drum fills. I was never too big on screaming until I heard Green scream on this album (it’s angelic). I vividly remember driving around Regina with my older brother Dylan in his little red Turbo Sprint, the place where I usually found out about new music, listening to the magic that is “Seven Years”. Ah, the nostalgia. “Seven Years” has almost 5,000,000 plays on YouTube, and I’ve probably contributed a solid five digits to that total.

Almost Here holds several classics: “Attention”, “Slow Down”, and “Skeptics and True Believers”, to name a few. When I was 14, I had a “girlfriend” named Shelbey, and although we were too shy to converse outside MSN, “Skeptics and True Believers” became the anthem to our relationship. Speaking of angelic voices, lead singer William Beckett’s is on par with Anthony Green’s, and his voice, like Green’s on Translating the Name, carries the album. Fave lyrics of Almost Here: “‘Cause the film runs a shallow budget, and the writer’s subject script isn’t any deeper, so dive right in.” Doesn’t get much deeper than that.

The tone of Take This to Your Grave is plain old angst, with the exception of the song “Saturday”, which is somewhat hopeful in lyric and sound, but still pretty melancholy overall. This is an album that takes overdone topics such as dating and breaking up to the next level, with brutally honest lyrics that literally wish death on other people. I’m still not sure if the line “stop burning bridges and drive off of them so I can forget about you” is badass or frightening, but it’s uber original so that counts for something. The rest of the album is soaked with self-pity and insecurity, automatically making it emo as hell.

Zomg. This is only one of the most foundational albums for all late-blooming emo kids, and it earns its emo badge by questioning society with cynicism and sheer sassiness. The year this album was released, a sizeable amount of emo kids went from utterly questionable stylistic choices, to donning pinstripe skinny jeans and eyeliner designs across their faces (Google “Ryan Ross eyeliner” if you don’t know what I’m talking about). Important not only for its experimentation with sound by having two unique-to-the-time genres on a single album (electropunk in the first half, and baroque pop in the second), but also for the way the band’s artistic styling and theatrical live performances became as equally influential as their music and lyrics. The track “Camisado” even inspired my MySpace username back in 2006 (because every young emo girl wants to be a “decorated emergency”).

Two years before blogger-acclaimed The Black Parade, My Chemical Romance graced us all with this beautifully dark album. Key tracks include “The Ghost of You”, “To The End”, “Helena (So Long and Goodnight)”, and “I’m Not Okay (I Promise)”, obviously. If you didn’t cry while watching My Chemical Romance videos with your friends then you weren’t a real emo. It should also be noted that liking My Chemical Romance was pretty much mandatory for all emo kids of the early 2000s, and if you didn’t love them, then you were probably just scene (or maybe br00tal). This album was probably a cause of concern for some parents thanks to its horror-like themes and for the fact that the cover illustration features two people with blood splattered across their faces. But parents just DON’T understand art. *cries*

This album marks the moment the emos stepped out of their self-involved bubbles and discovered sex was a thing. Let’s first look at the album cover: this chick is about to be stripping down in front of a group of guys who are pretending to look at the floor. Secondly, the songs say a lot with titles like “Moan” and “The Curse of Curves”. If you pay attention to the lyrics on this album, you’ll notice it’s as if the writer suddenly had a lot of sex and decided to put music to his diary entries. It’s very smutty, but it is also full of sweet moments that chronicle what it was like being a regular emo kid in unrequited love. Also, the lead singer had the most adorbs hair.