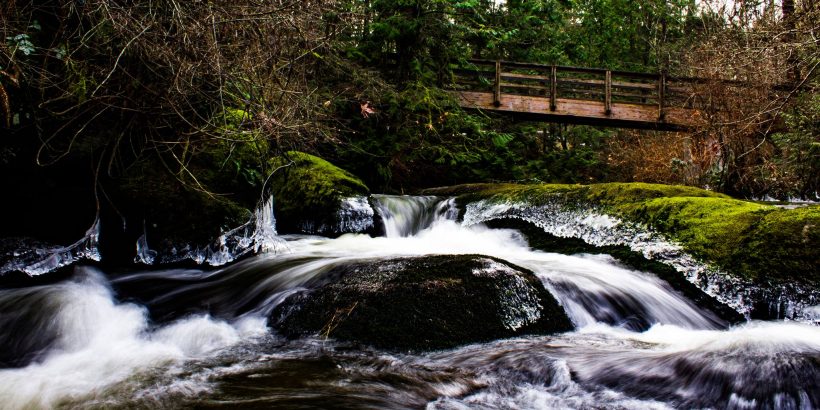 Think about your favourite places to explore around Nanaimo. If you’re like me and you’ve only lived here for a few years, the list is probably short. However, if you’ve lived in Nanaimo your whole life, your list is probably a lot like Jonah Ferguson’s. Ferguson is so familiar with the area that he can tell from a single Instagram photo where the photographer went. He recently realized that there are people like me, who don’t know where a whole lot of anything is, so he came up with the idea for Instacache Nanaimo.

On his Facebook and Instagram accounts under the name of InstaCacheNanaimo, Ferguson is going to leave a prize and a notebook at the location of the photograph he took on every other Sunday. The first person there wins the prize, but don’t worry if you don’t make it. For the following three weeks, he’ll leave a notebook at the location and all you have to do is write your Instagram name in four out of five of the notebooks to be entered into a draw for a grand prize after the initial 10 weeks. “I’d post pictures and I’d have people message me asking, ‘Hey, where is this?’ I’d always be surprised by this, because I thought these were pretty common spots,” he says, as he plays around with his red carabiner. In an effort to incorporate photography, and adventure, while inspiring others to get outside to explore these well-loved spots, Ferguson decided to give people a little encouragement. “By adding gift cards, it gives people even more incentive to get out of the house and explore all the cool new places.”

Ferguson has been talking to local businesses, like Islandish, The Buzz Coffee House, Tap House, and local brand RSDK for sponsorship for the prizes he provides at the locations. His hopes for this interactive version of geocaching are not just limited to Nanaimo. Ferguson is hoping to get other photographers to share some of their favourite spots, and for Instacaching to become an Island-wide experience that will encourage friends and family to experience Vancouver Island. Some of Ferguson’s favourite places are Cottle Hill, Witchcraft Lake, and Jack Point.

Some of his photos aren’t exactly what you would call a ‘great idea’. Although the shots are breathtaking, he’s had to climb some sketchy cliffs, that were wet, without a helmet, harness, safety net, or another person there to make sure he doesn’t get hurt, or die. Though he’s a newcomer to the photography scene, Ferguson has been getting a lot of support and love from the community and his friends, and is excited to see where he can take his passion.

If you’re looking to get involved with Insacache Nanaimo, follow it on Instagram using #instacachenanaimo or follow the InstaCacheNanaimo Facebook page. Ferguson will post the picture of where he’s hidden the prize every other Sunday at 1 pm. The latest prize was dropped on January 22.