With the advent of Kickstarter and 3D printers, the hobby of tabletop roleplaying games (RPGs) has never been richer. Throughout the ‘70s and ‘80s, Dungeons & Dragons (D&D) was the one game that everyone played. Others came and went, but D&D had taken hold of the nerd psyche in the ‘70s and never really let go. Despite financial troubles in the ‘90s, it remained the go-to RPG that everyone had played. Now, all the people that grew up playing D&D, and the games that came after, are running the show—and that show has never been better.

I’d like to focus on one game in particular, Delta Green (DG). DG began as a supplement released in 1997 for the Call of Cthulhu(CoC) RPG from Chaosium INC. While CoC focused mainly on investigative horror in the 1920s, DG brought it into the present day. Players took the roles of government agents working within the Federal bureaucracy fighting back against nameless horrors from beyond time and space. They would do so with little support from their superiors, working in the shadows, their family and coworkers never knowing the horrors they had witnessed or what they had to overcome to accomplish their mission. With the popularity of the X-Files, DG was a hit. They had four major hardcover books released, with additional material released electronically. The original books received many awards, including the top spot on the RPGnet Rating Index.

However, popularity waned, until only diehard fans continued to play. Fan material was produced for years, the most popular being the annual Shotgun Scenario contest, starting in 2005. Fans submitted short adventures to a mailing list, and then voted on their favourites. The winners received a prize (usually a gift certificate to an online store), and all of the submissions were published on DG’s official website.

In fall of 2015, nearly 20 years since the original publication, DG came back to life with a new ruleset via a wildly successful crowdfunding campaign on Kickstarter. Backers raised $362,324, well over the projected $40K goal. Thanks to the fans, new material is being produced nonstop, and more is still to come.

This is just one of the many success stories for RPGs thanks to Kickstarter. New games are being made all the time, and fans are able to vote with their dollar and decide what they want out of it. Thanks to 3D printers, it is much easier for the creators to make miniatures for the games, terrain, and even custom dice for the rules they have made. Groups meet in libraries, bookshops, and other public settings across the globe. Parents play with their children, fostering critical thinking skills, encouraging creativity, and, most importantly, having fun. Thanks to this boom in the hobby, RPGs have never been more popular. 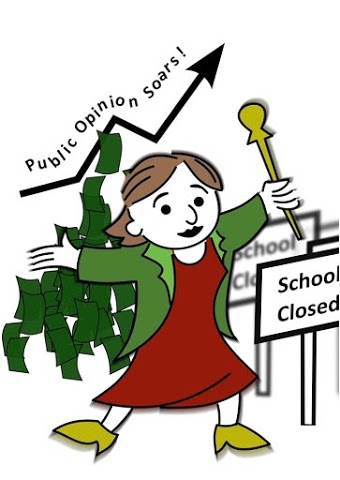