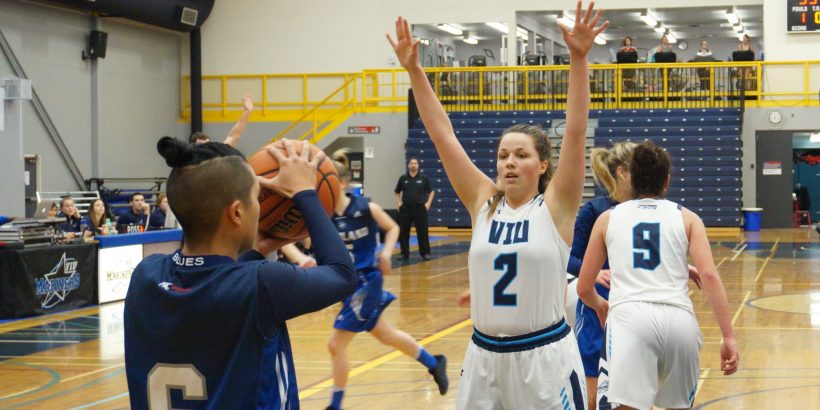 “Our game plans are changing weekly,” Head Coach Bill McWhinnie said. “We haven’t been able to go five-on-five in practice since October. We’re learning on the fly, the girls have been really good at adjusting, and being flexible.”

“It’s been a theme for the last six weeks that we’re not executing,” Coach McWhinnie said. “The talk is there, but we’re not following through, and doing what we’re supposed to be doing.”

“If they see a teammate that’s out of position or making a mistake, if they talk to them early enough, they can correct the mistake before it happens, and they weren’t doing that tonight,” McWhinnie said, following the loss to Camosun.

The Mariners ended their season with a decisive 68-38 victory over the Columbia Bible College Bearcats. At the end of the first quarter, the Mariners led 13-11, and by the half, they increased their lead, 30-23. The Mariners took off in the third quarter, punishing the Bearcats with basket after basket, resulting in a 51-25 lead at the end of the third.

Heading into provincials, the Mariners will be focused on translating their passion at practice into results on the court.