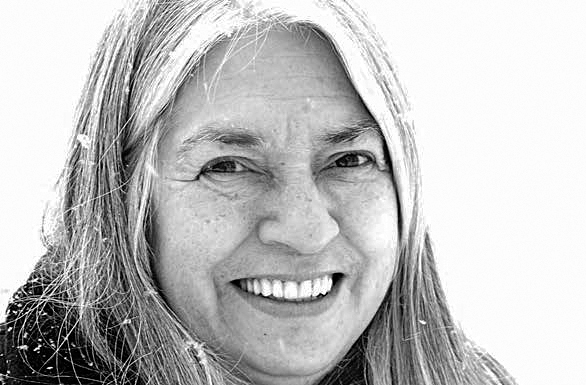 A diaspora is “Any group that has been dispersed outside its traditional homeland, especially involuntarily, as Africans during the Transatlantic slave trade, refugees of war, exiled peoples, and North America’s Indigenous,” according to <dictionary.com>. Since colonialism, the conversation around diaspora has been greatly limited and ignored.

Rarer, still, are the voices of Indigenous women telling the unedited version of history. Now, emergent Indigenous voices are leading the arts community into a deeper and broader understanding of what Post-Colonialism means today. Lee Maracle’s Talking to the Diaspora, was on Amazon’s “Top 100 Poets to Watch” list in 2016. The vast collection of poems, art, and photography, invites readers into the story of Canada’s First Peoples, and how they migrate through the fall out of past hurts and present obstacles.

A Vancouverite, Maracle is a part of the Sto: Loh nation, and is the Traditional Teacher for the First Nation’s House. She has received the Queen’s Diamond Jubilee Medal for promoting writing to Aboriginal Youth.

Maracle employs methods that work within the text, using prose and more traditional free verse styles. She pushes the norm with floating text, an almost mathematical use of white space, and gifts readers with storytelling that is as deep as it is concise. From the first poem, “Alpha’s Bets”, that showcases the power of the pen in the autonomy of the speaker, to the last poem, “Hedgebrook”, that speaks both metaphorically and physically to home being simultaneously a place and a state of being—Maracle takes the reader on a journey, discovering life and meaning by living on the edges.

Mixing the traditional language of her Sto: Loh heritage with her experience as a modern Canadian woman, Maracle explores new territories of the heart.

“I want communion with my daughters

create a sanctuary where dreams are born” (“Songline of Night”, lines 4-6)

In this poem, the audience is shown a heart that longs to identify with those coming after her. There’s a deep cry for the safety of her people, the women in her life, and the women yet to come. The poem goes on to describe symbols of strength and growth found in other Indigenous art, such as cedars, fire, green sea, sun, sky, all working in concert to achieve a cyclical harmony. She paints a picture of the sea and sky as lovers, and the ocean and the sun are personified in a scene of rolling waves, swallowing the orb of light on the horizon. This powerful imagery is used frequently throughout her work, but is not the overarching theme.

The theme uniting all pieces in this work is summed up in voices. Her poems capture the voices of thoughts, feelings, and people that are often ignored or dismissed. Some pieces contain direct quotes from dispersed and marginalized people, while others contain the speakers outcry against injustices and unnecessary pain they have witnessed. All of them resound the message: “I hear you” and “Your voice matters.”

In “After Listening to Doug Nepinak’s Death Song”, Maracle challenges the Western ideology of grief. In a culture where people are taught to suppress their emotions, she speaks of the deep pain of losing a loved one. It brings forward the notion of blood being more than a life force, but something that unites us to one another across miles, across time, and across man-made barriers. Though the subject of the poem is physically gone from this plane, his blood still calls to the speaker, because it is a shared blood. In response, hope is pumped into the veins of those who remain, mingled with their grief, enabling them to continue to push forward where “[their] blood floats old memories, my blood stills, barely pumps in the stillness memories speak, repeat, rehearse our past.” In listening to the pain of loss, and to the recounting of a life lived, “blood still bleed hope into mind, I braid this hope into the undercurrent of despair,” Maracle shows a holistic approach to experiencing emotions. Hope and grief are mingled, where they would otherwise be separate.

Bearing witness to this loss, others are remembered, and in remembering, new life is given to those who remain. In an individualistic society, Maracle teaches us how to belong to the story of our people. This truth crosses cultural boundaries for a generation that aches to belong. The prolific use of social media to gain followers and a social standing is in stark contrast to the solemnity of people standing united in grief, in history, in a soul-deep shared heritage. Our stories don’t have to end with our last breath—they go on in those who knew us, loved us, and are brought forth in those same people to new ears.

This theme of contrast can also be seen in “Paradimes”, in which Maracle speaks of “disempowered intellectuals seek[ing] social parallels.” She points out the crude irony of active ignorance needed to engage in intellectualism. If knowledge is power, then how are these people, ignoring the societal paradigm, powerless to understand the reality of an entire people? She contrasts two different concurring experiences, pointing out the painful truth that the educated ignore those different than them.

Ultimately, Maracle’s writings challenged me to reevaluate the version of history I’ve been told. With each page, I became increasingly convinced there is no us and them—only we. Until I learn to listen to the blood song of the marginalized without dismissing their truth, without quieting their voices, I will be one of those disempowered intellectuals. No amount of university education or worldly experience can erase the mark colonialism has left, and is leaving, on this nation. Only by listening to, and amplifying, the voices of the diaspora, can healing begin and poets and storytellers like Maracle are invaluable catalysts for a necessary change in conversation.

Publications by Lee Maracle are available online through amazon.ca and arpbooks.org for under $20.