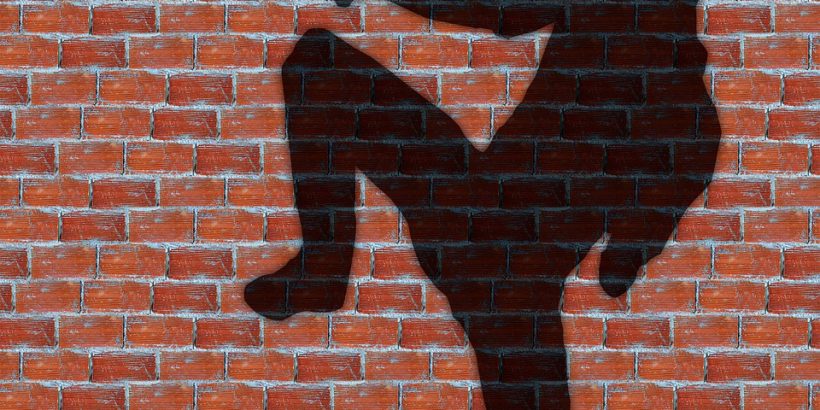 A hard right hook explodes in my ribs. A wheezing grunt escapes my mouth as I stagger backwards under the fluorescent street light, a crowd of zit-faced teenagers cheering in the background.

T presses forward, charges, and tackles me to the ground. The best I can do is cover my face and see how long I can stand. But he decides he’s made his point and pulls me up. Much to the despair of my ribs, he lifts my arm in the air and all the kids cheer. We always had to fight first to break the ice.

At 15, I was a curly-haired, overweight kid with man boobs—the walking embodiment of insecure. I was just waiting for something illicit to take over my life. Girls didn’t like me, my friends hardly liked me; I wasn’t anything you would remember. Tyson—or T, as I knew him—changed that.

T was everything I wasn’t. Football player, loud-mouth, and accepted. It was cool to like T. T fit in anywhere. Naturally, I hated his fucking guts.

It wasn’t an entirely arbitrary hatred. I met him when I was 14 at a Halloween party. I knew he was something special before he even showed up. The group of half-cut 14 year olds wouldn’t shut up about how “Tyson is coming!” The girls were flirting with just the thought of him and the guys were like kids on Christmas morning.

I was probably the only person at the party who didn’t know who he was. When he arrived, I couldn’t believe the sheer arrogance that radiated off of him. His swagger was obvious and in your face, his presence was impossible to overlook. After a couple steps, he stopped and yelled “What’s up, chicken fuckers!?” Everyone laughed. He walked passed me and, in a mocking tone, asked, “Who the fuck are you?” I just froze, then shrugged. T gave me a sideways look and walked away. I left a little after. He had made a life-long enemy.

At 15, I heard the same message again: “Tyson is coming!” He was transferring schools and about to become a huge pain in my ass. I was doing better socially—in that I somewhat had a social life, mostly with people who would just put up with me. I wasn’t funny, cool, or interesting, but I was harmless. Either way, I was pretty much a nothing doing nothing.

As soon as T showed up, I couldn’t avoid him. He was everywhere. Everyone wanted to be a part of his life. I was envious, and petty. Everyone knew him. It would be years later when I would learn he went to middle school with most of the kids at my high school and football had let him run into all the teachers beforehand. At the time, though, I basically thought the kid was magic.

The day everything changed was about a week after he showed up. My group of friends was walking to town, and saw T walking alone. Desperately, they invited him to come with us, even though I wanted nothing to do with the guy. We got into town, went to some local café, and sat down at one of the tables. They were all talking and when I opened my mouth to say something one of the kids said, “Honestly Ahron, no one cares, shut the fuck up.” I closed my mouth, shrugged, and accepted defeat—accepted that I was a nothing and would continue to be nothing.

T, on the other hand, slammed his hand on the table and yelled, “How bout you shut the fuck up and let him speak?!”

The table was silent. Everyone was shocked, I most of all. From then on out, I would’ve died for T.

Everything changed. I don’t understand what happened, but being around T gave me what I needed to grow. I mouthed off guys way bigger than me, I picked fights, I partied, I got laid. It was like I was an entirely different person. I learned to be funny, I learned to fit in, I learned to not just be cool but not give a fuck about being cool. It was pure magic. You couldn’t separate me from T. He supported nearly every stupid and aggressive decision I made. We sort of developed some sort of “be violent but moral” belief. Kick ass but don’t be the bad guy.

Fight club happened because of all this. Somehow, my friends and I agreed that we really ought to fight more. We were aggressive teenagers and figured that, if we made a little club, it would be a safer way to get that aggression out.

The night it happened, we were beside some BMX park in Qualicum. We fought in a dim parking lot. I fought around five times that night, with three people. Lost every single time. T was there, kicked my ass left and right. I went home cold and a bit chipped in different places, but it was the start of some sort of glory for me.

In less than a few months I went from being nothing to the loudest and proudest asshole anyone had ever met. From zero to hero—from the bottom to the top. My Friday nights went from gaming and loneliness to breaking the law and being alive. It started to spiral out of control. Nothing could stop us.

Fight club basically took all the good and bad in me and made it aggressive. I became content with dying for any reason. It would be a few years later that I would learn that I was bipolar, but at the time I just felt like a ticking timebomb. If you said the wrong thing to me at a party I’d tell you exactly what I thought. If I heard about someone doing something shitty, I was more than willing to go become someone’s boogie man. I don’t want to glamorize this because, realistically, what I needed was medication, not a moral crusade. Fight club was the cherry on the cake for this. If you came to my club Friday night, you had to fight—no exceptions.

I had quiet 14 year old kids kicking the shit out of each other, grown men getting their anger out, and everything in between. I’d meet kids who only a few weeks earlier, couldn’t even look you in the eye. A couple Friday nights at fight club and suddenly they were more than willing to stand up to someone. T encouraged all of it—he ran it with me. He was there whenever I decided to show up on someone’s door step. I didn’t even like to party that much any more, I just wanted to be a dick to people I felt deserved it. Needless to say I did a lot of morally questionable shit.

This happened through all of high school—it would be nearly impossible to list everything that happened but, eventually, I decided to stop being such a dick.

A little before grad, T and I decided to be a problem for someone who had smashed up a friend’s car. It was the usual shit: end up at his door step at midnight and ragdoll him a bit—not to beat the fuck out of him, but insult him and laugh at him. You didn’t really have to hit anyone; usually showing up was good enough. The only difference was this guy had his girlfriend over. So we manhandled the guy in front of her-—nothing special but questionable, for sure. Must have scared the shit out of her, I think. We left with the general message being, “Don’t fuck with us again.”

A little after grad, I started working at a Panago. The girlfriend happened to work there. I don’t know if she recognized me or not. She was short but not impolite with me. I closed the store with her one night, and, as she was cashing me out, I noticed the deep, consistent scars on her wrists. The cuts reminded me of my own girlfriend at the time.

That stayed with me. I’ve done a lot of questionable things, but never has it been so visual and in my face. I can’t imagine how afraid she must’ve been when we showed up and decided to mess with her boyfriend. I don’t know why I didn’t “get” that my actions had consequences before, but seeing a person suffering that I had directly influenced seemed to effect whatever type of tough guy I thought I was. Turns out life isn’t a comic book, and hurting others for fun is near sociopathic.

It didn’t happen overnight, but I spent a couple years cleaning my act up, getting myself together and figuring out who it was I wanted to be.

T and I are still good friends—he’s got his life together too with a nice girl and a stable job that seemed to calm him down. We both have that hostile side to us, but it’s saved for special occasions.

University has ended up being a big part of that person I want to be. I still do dumb shit, but these days it’s more funny and less violent. While I’m probably never going to be a “normal” person, I figure I can carve something out in the world for me. Fight club basically made a criminal out of me, and being a criminal made me into a person. It’s hard to nail down where I go from here but I feel like I’m finally an alright guy with the world at my fingertips.

And, fuck, I have never felt more boring. 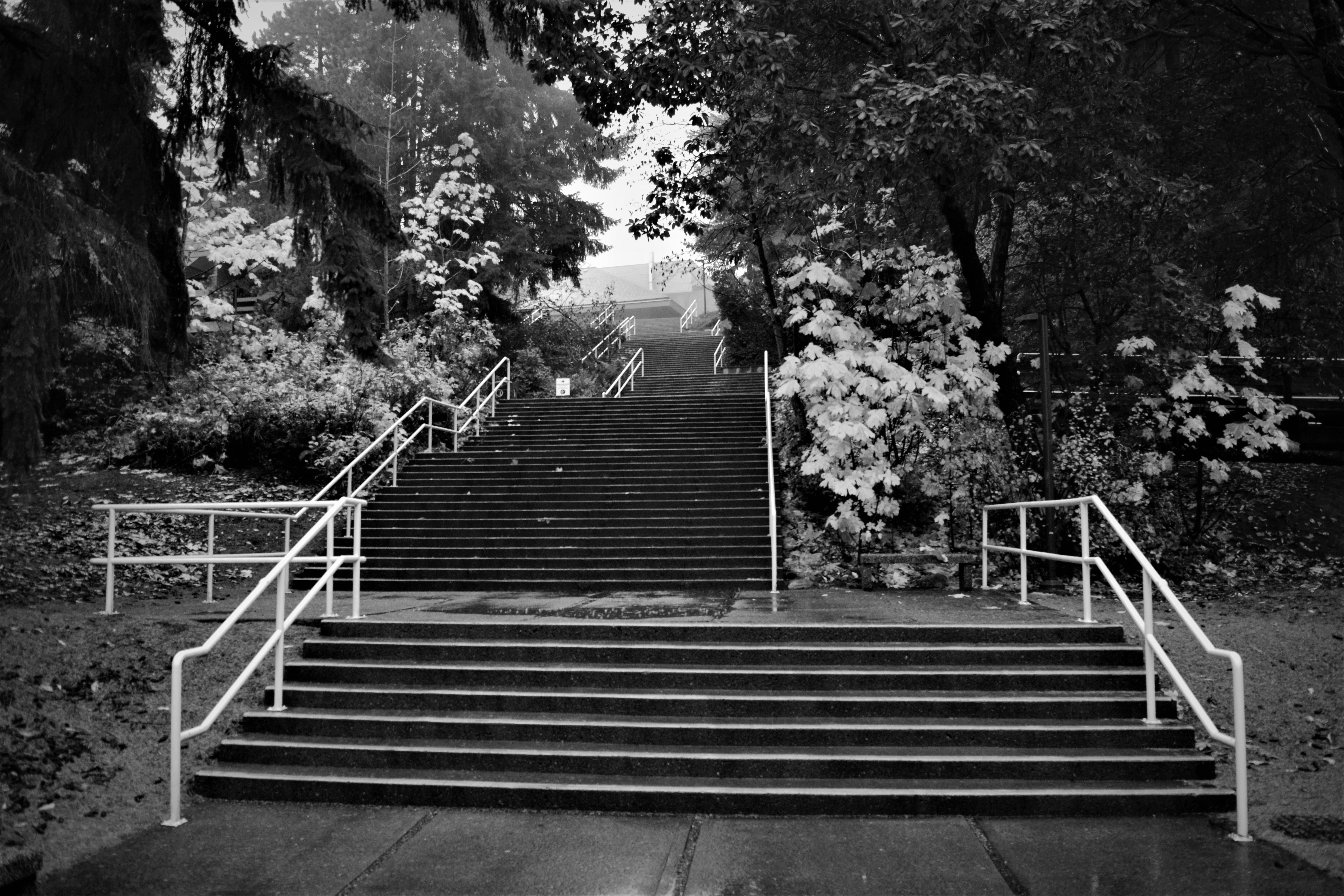 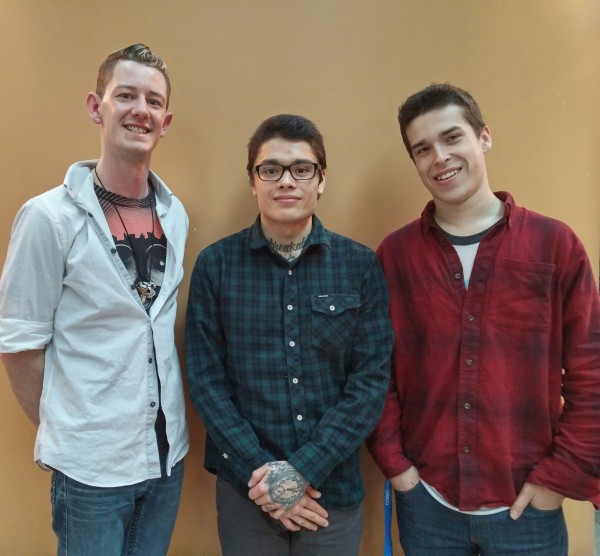