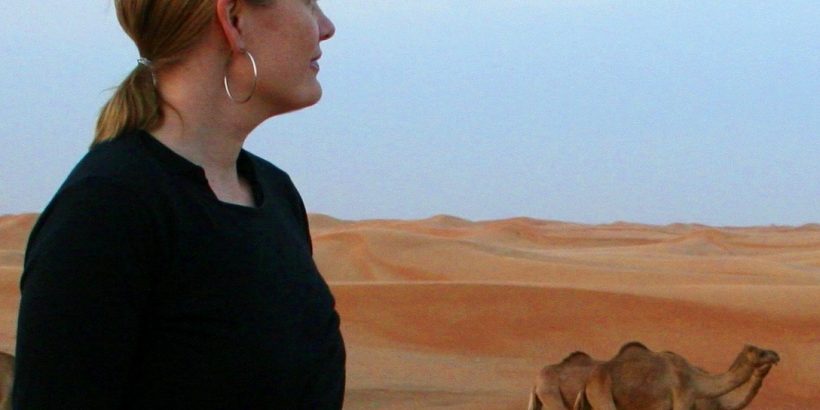 In an age when the Internet offers—but also condemns us to—a constant bombardment of often conflicting information, a certain kind of paralysis can occur. The seemingly endless fountain of facts, “alternative” facts, opinions, and ultimatums becomes an overwhelming cacophony, and sorting through the noise to some semblance of truth, let alone determining what action should be taken in response, can seem borderline impossible to attempt.

A crucial part of navigating this often confusing and seemingly contradictory landscape, however, is to not remain a passive receptor of whatever ideas are shouted the loudest. When fear and hate threaten to tear us apart, it is crucial to seek out other perspectives, broaden horizons, and fight ignorance with knowledge. Although no one person should be looked to for all the answers, listening to the experiences of those who have already fought, and are still fighting, for a more compassionate future, is a powerful way to arm yourself in a world where sanity can feel a little bit like it’s slipping away down the drain.

This semester, VIU is hosting a number of speakers who will share their stories, offer new outlooks, and perhaps provide some guidance on how to work past the deer-in-the-headlights syndrome and do some good.

Deborah Campbell is a Canadian journalist and professor known for combining literary journalism with immersive fieldwork abroad, in countries such as Iran, Syria, Lebanon, Egypt, Israel, Palestine, and Russia. Her first book, A Disappearance in Damascus, was published last year and won the Hilary Weston Writer’s Trust Award, Canada’s largest literary award for non-fiction. It was named the best book of the year by the National Post, Chatelaine, CBC Books, The Walrus, and The Hill Times.

The piece is an account of Campbell’s trip to Damascus in 2007, where she reported undercover on the exodus of Iraqis people into the country following the overthrow of Saddam Hussein. While there, she met and hired Ahlam, a refugee working as a “fixer” – an informant providing the Western media with information and contacts to get news out of the country. The unofficial leader of the Iraqi refugee community in Damascus, Ahlam worked closely with Campbell until the morning she was seized from her home by the secret police. Having witnessed her abduction, Campbell spent the following months trying desperately to find her.

On March 20, Campbell will present A Disappearance in Damascus on campus, as well as discuss her work as an immersive journalist. Her talk will run from 11:30 am – 12:45 pm, in bldg. 355, rm. 211. This event is supported by VIUFA Professional Development Status of Women funds, and by VIU’s faculties of Social Sciences, Arts and Humanities, and International Education.

Eden Robinson is a Haisla novelist who grew up near Kitamaat Village, BC, with her brother and sister (CBC Newsworld’s Carla Robinson). She attended the University of Victoria to earn her Bachelor in Fine Arts, and later took her Masters in Creative Writing at the University of British Columbia. Her first book, Traplines, a collection of three short stories and a novella, was published in 1995 and won Britain’s Winifred Holtby Prize for best regional work by a Commonwealth writer.

Robinson’s first novel, Monkey Beach, won the Ethel Wilson Fiction Prize in 2001, and was short-listed for both the Scotiabank Giller Prize and the Governor General’s Literary Award. Set in Kitamaat territory, the story follows a teenage girl’s search for answers concerning the disappearance of her brother, and has been described as “artfully constructed” by the Washington Post, and “intricately patterned” by the National Post. Critics in the US, the UK, and Canada were unanimous in their appreciation of the book, and of her next, Bloodsports (2006). She is currently touring with her newest novel, Son of a Trickster.

Robinson will be speaking and reading from Monkey Beach at VIU’s Shq’apthut: A Gathering Place from 1 – 2 pm on March 23. This event is sponsored by VIU’s Faculty of Arts and Humanities, The Canada Council For the Arts, Aboriginal Education and Engagement, and A Gathering Place.