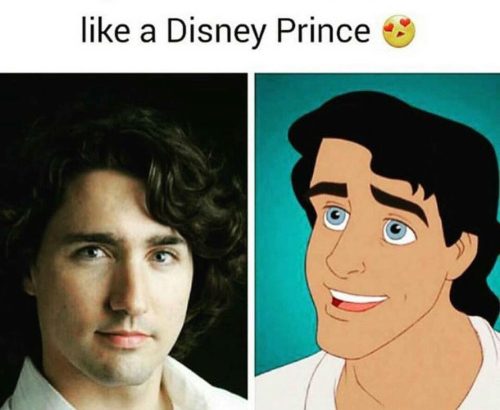 Buzzfeed, Saturday Night Live, Last Week Tonight with John Oliver, Facebook memes, and parody Twitter accounts have been pumping out satirical images and articles for years. It’s arguable that this past year contained some of the largest political scandals in recent memory, from the Black Lives Matter movement to the election of Donald Trump, there have been an abundance of hyperbolic media. One can scarcely go 24 hours without seeing a jab at President Trump, a clapback from Obama supporters, or an objectifying image of Prime Minister Trudeau.

Elahe Izadi, of The Waterloo Regional Record, raised concerns about satire in the time of fake news. Izadi discussed notable online satire publications, such as The Onion and McSweeney’s. The latter published President Trump’s Black History Month speech, verbatim, as if it were fiction.

VIU’s Creative Writing 310 class discussed how the written word can boost or detract relevancy of an issue in relationship to McSweeney’s post. One student commented, “you want this [Trump’s speech] to be satire. It’s disturbing and sad that he actually said these things.” Another student said, “Putting real words from a world leader on a satirical site says a lot about their standing, at least credibility, on an international level. It makes me wonder if Americans know how bad this situation really is.”

David Sim, of The Atlantic, discussed in his article, “The Toothless Buffoonery of Saturday Night Live” (March 6), how relevance is a tedious line, saying it’s “far easier for viewers of all political viewpoints to dismiss” characters that are portrayed as mindless simpletons. Those in power arrived at their position through strategy, whether that strategy was ethical or not: it took planning, cunning, and support. Representing the Trump Administration without considering all aspects can be alienating to audiences, resulting in an audible eyeroll, rather than political engagement.

Though the world seems to be apathetic towards the Trump Administration, there’s evidence to support  that the international reputation of Prime Minister Trudeau is in a similar situation, but for a different reason. The Huffington Post has published articles and images focused on Trudeau’s looks, but they aren’t alone. Twitter is rife with comments on his face, tattoos, and physique—often at the neglect of vital political discourse. Is there a divide between political action and sardonic humour, or does the intensification of sarcastic articles and imagery point to a deeper issue?

In his book, Satire: Spirit and Art, George Austin Test says, “The satiric impulse, and its ritualized expressions, carry out the function of resolving social tension.” Written in 1991, are Test’s observations about hyperbolic irony still conistent with societal activity? In a cultural context of instant media shares, it’s time to re-evaluate how satire is used, more so, it’s time to motivate change rather than apathetic laughter.