The only disappointment I had with Rogue One after seeing it in theatres, was that Jar Jar Binks never showed up in the film. As someone who has been a fan since I was a youngling, I was delighted to be brought back to a familiar galaxy far far away. I also discovered new planets, locations, and stories I never new existed in the rich universe of Star Wars. It was an exciting adventure to witness on the big screen. One I enjoyed even more the second time I saw it, making it one of my favourite Star Wars films. Released in theatres last December and set to be sold on disc by next month, Rogue One, directed by Gareth Edwards, is a spin-off to the main Star Wars series. It takes place 19 years after the events in episode III, Revenge of the Sith (2005), and only moments before the very first Star Wars movie ever released (episode IV).

Unlike the other Star Wars movies, it focuses away from the Skywalkers, and answers one of the very first questions fans have been wondering since 1977, before they were even introduced to Princess Leia or Darth Vader: “Who were those rebel spies mentioned in the opening crawl?”

Rogue One tells the story of those rebel spies and how they stole the plans to the Death Star. It also answers questions to some plot holes in the first movie, such as why the Death Star had such a fatal flaw and why the plans had to be kept on a disc.

The makers of Rogue One did a good job of keeping the continuity with the original Star Wars, now called A New Hope. Many of the original props, sets, and models from that film were used in Rogue One, while everything else was crafted in fine detail to resemble their originals, such as Darth Vader’s suit and mask.

Taking place between the prequel and original trilogies, it is a perfect synthesis of old and new. Many older fans loathe the prequel films released in the 2000’s for being too different from the movies they grew up with, while some fans were also disappointed by episode VII of the series for having an unoriginal story too similar to the classic ones. Rogue One has a unique story that nearly all fans are able to appreciate, whether they grew up with the originals or the prequels.

Unlike much of the prequels, Rogue One had realistic looking CGI, and used numerous practical effects and set structure. There wasn’t too much talk in the story between bureaucrats, lending boredom or confusion, like in The Phantom Menace (1999). Nor did Rouge One make it confusing for the audience to understand the political nature of the conflict in the galaxy, such as in The Force Awakens (2015), where the Resistance’s secret funding by the New Republic was not explained.

The movie also contains quite a diverse cast, such as Chinese actors Donnie Yen and Jiang Wen, Mexican actor Diego Luna, and notable stars such as Forest Whitaker and Mads Mikkelsen.

Before the movie was released, there were some critics who had negative expectations based on the casting. Some were upset the lead role was given to “another white anorexic British girl”, while others were not happy simply because the lead role was given to a woman. Many of those critics changed their opinions once they saw the movie. One such critic, Alex Jones, a Right-winged radio show host, gave a marvellous review of Rogue One. “This is the best science fiction movie I’ve seen in decades,” Alex Jones said. He admitted this after he initially watched with the intention of writing a bad review for its “feminist propaganda”.

The “feminist propaganda” is clear in the very first trailer released last summer, which passes the Bechdel test. For those who don’t know, the Bechdel test is used to analyze the content of movies and shows by asking three questions: Does it contain more than one female character, and, if so, do they talk to each other, and if they do, do they talk about something other than a man. Since the trailer shows Jyn Erso (Felicity Jones) and Mon Mothma (Genevieve O’ Reilly) discussing the Death Star and her new assignment, it passes the Bechdel test. A New Hope, along with the rest of the original trilogy Star Wars movies, don’t, unfortunately, as most of the time it seems like Princess Leia is the only woman in the galaxy.

A few small criticisms can be made of the movie, though. On my first viewing, the story seemed slow in a few scenes during the second act, though the pace quickly caught up by the third act. I didn’t notice this watching it for the second time though, and I found myself enjoying the movie as a whole upon seeing it again.

Darth Vader’s voice sounds noticeably different from the way it did in the original Star Wars movies. Voice actor James Earl Jones seems to have aged in the 34 years since he voiced Vader in Return of the Jedi. Despite this, Vader is still an impressive villain and manages to wow audiences in the few scenes he shows ups in. Imperial stormtroopers on the other hand, not so much. Like many Star Wars movies, the stormtroopers of Rogue One miss their targets frequently and are defeated quite easily—an entire armed squad gets beaten by a single man with a wooden stick.

The heroes of the movie are morally ambiguous and more grey than the good-natured Luke Skywalker most of us are familiar with. Some of them commit some questionable acts, making the audience wonder what their true intentions may be.

Overall, Rogue One is an excellent movie that can be enjoyed by all generations of Star Wars fans, boys and girls. It stands out apart from the disappointing Star Wars gimmicks that Lucasfilm and Disney have cranked out in recent years to milk more money out of the franchise. Perhaps that was their strategy all along, lower the expectations of fans so they will be impressed by a decent movie. Rogue One is excellent the way it is and will be accepted by many fans as a part of the Star Wars canon for years to come, even if it is not a part of the main series. For those who are eager for a sequel, it will be coming out in 1977 and is called A New Hope. 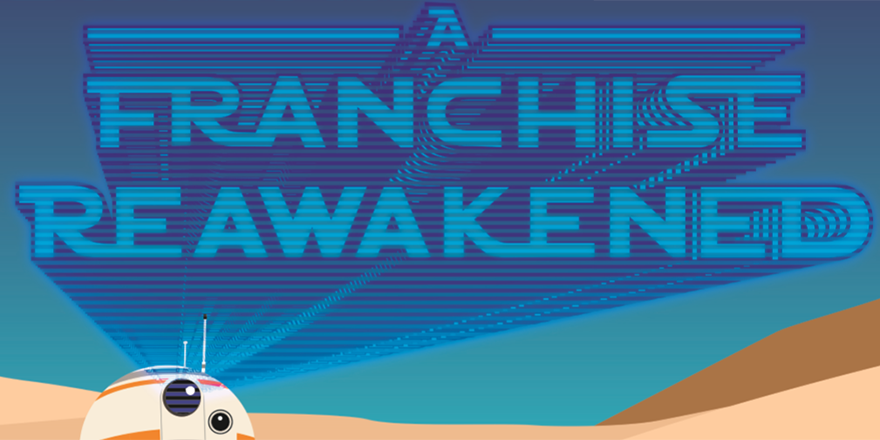