I recently got back from the city so nice, they named it twice: New York, New York. NYC. The Big Apple. Between this and my roadtrip to Oregon this past summer, I find it a little strange how I’ve visited the States twice in less than a year, given that I hadn’t spent any time down there since a trip to Seattle six years ago—and the fact that the world is currently looking at the US with such a watchful eye.

I felt a twinge of guilt before I took off as I read news articles about Canadian Girl Guides canceling their trips to America to avoid any unwanted trouble crossing the border, and stories of Canadians avoiding the upset state to explore our own “flourishing” nation.

New York City’s marketing organization, NYC & Company, projects that 300K fewer international tourists will visit New York City in 2017 compared to last year. “Because of recent policies, a lot of people are either boycotting the U.S. or nervous about coming here,” said Editorial Director Pauline Frommer in an ABC article.

So what is it that drew me ? Our prosperous dollar? The serene political landscape? The complete lack of international tensions or racial discrimination?

Nah, it was simply my own selfish curiosity to see the sights. For years, I’ve wanted to walk the same streets as all my favourite rock stars, bask in the magical glow of Times Square, catch a show on Broadway, and eat a fat slice of NY cheesecake from a classic deli.

While all these negative connotations danced around my mind, I quickly let my worries subside. When we first hitched a ride on the park n’ fly shuttle to the airport in Seattle before the flight to JFK and made small talk with the other passengers, I had this curiosity bubbling inside me—wondering what they, REAL LIFE AMERICANS, thought about their new president, and of the increasingly tainted reputation their country was acquiring. Of course, I didn’t dare ask. From my past experience down the coast, I had already observed that most West Coast Americans bore many similarities to their Canadian counterparts.

But maybe New Yorkers would be different. Perhaps they would fill the American stereotypes my friends and I had laughed about so many times. I pictured self-obsessed, rude, and pushy folks, breezing by me without a care.

I was only there a few days and walked firmly in the shoes of a full-on tourist, so feel free to take my observations with a grain of salt, but the first thing that struck me about New Yorkers was how much they pleasantly surprised me.

They repeatedly went out of their way to give us detailed directions of the streets, the park, the mind-boggling subway system, even when we didn’t ask. “Is this your first time on the ferry?” one man behind us chimed as we boarded the Staten Island ferry that passed the Statue of Liberty. “Make sure you go to the right side and stand by the window. Don’t sit. Stand by the right window so you get the view.”

They smiled, walked the bustling streets with an ease I found myself trying to recreate; they were polite, and gave great service. They were just generally nice. It sounds bad that I feel the need to highlight this, but it truly stood out. Overall, there was a sense of togetherness, pride,  colourful energy, and love.

One thing that struck me as both unnerving and comforting, was the constant reference to safety. Plastered on all the subway cars were posters reminding you to alert someone if you saw something suspicious: “New Yorkers look out for New York” they beamed. There were constant announcements to report abandoned bags, security checks before every major building, and the odd armed military official patrolling major areas.

I saw some “Trump tourism” with Trump bobbleheads, mugs, and t-shirts in the gift shops, a dude taking a beaming selfie with Trump Tower, and one or two bright red Make America Great Again hats walking down the street. I guess this says nothing about those personalities, besides their political affiliations, but these were clearly not a representation of the majority of NYC locals, anyway.

Now, I recognize the total bias in my experience. I was only there a few days, as a white Canadian. I have no idea what the everyday lives of the people I crossed are truly like, and I have no idea how the experiences of visitors from other countries—visitors who represent various nationalities and minorities—differ. And, of course, New York City does not make a country. I only know the little I witnessed, and that I liked it.

NYC & Company President Fred Dixon said in a statement: “While projected declines among travelers are concerning, the irrepressible hospitality and welcoming nature of New York City gives us confidence that our destination will continue to appeal to visitors from around the world.” To help this, a new marketing campaign is underway directed at international tourists called, “New York City, Welcoming the World.”

I can’t speak for the rest of the world and whether they are feeling welcomed in NYC. But maybe this concrete jungle really is where dreams are made. Maybe I just fell for the spell. 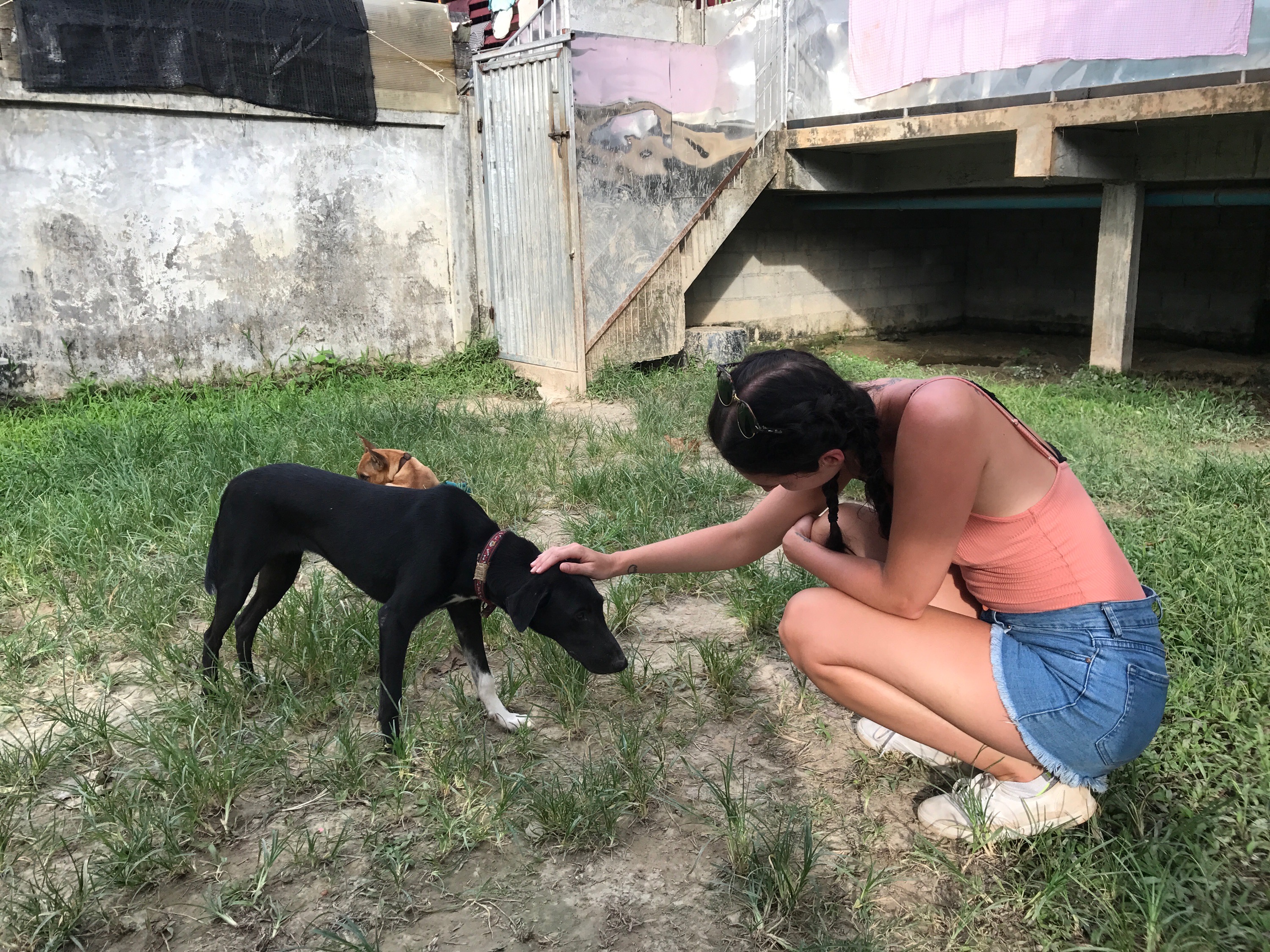