Five years ago, VIU became a leader in campus sustainability by successfully banning the sale of bottled water on campus—the first university in BC to do so. The Vancouver Island University Students’ Union spearheaded the campaign, called “Ban the Bottle,” which quickly gained support from students, administration, and labour groups at VIU. The joint Water Pledge between VIUSU and VIU was signed in September of 2011. That pledge was fully implemented in June of 2012.

The Ban the Bottle campaign, launched in the fall of 2010, had two main goals: to enhance the university’s commitment to sustainability, and to provide support for public water infrastructure over the private distribution of water. The United Nations identifies access to clean drinking water as an explicitly recognized human right, and as fundamental to the realization of all human rights. During the campaign, VIUSU received much support from the faculty and staff at VIU who were in opposition to the increasing privatization of water resources on university campuses across North America.

For the last five years, VIU students have enjoyed convenient access to free, public water across campus at the 39 bottle-filling stations that were installed as a part of the Water Pledge.  Bottled water is not sold on campus, and instead students are given free water bottles from the Students’ Union, which they can easily fill up anywhere on campus.

“We’ve eliminated a massive amount of waste,” said Aubrey Robertson, chairperson of the Students’ Union. “We’ve modeled what sustainability and water accessibility can look like in a big campus community.”

Just how many water bottles have been saved? Sarah Segal, staff at the Students’ Union, did a quick tour of all the water filling stations across campus. She found that all of the originally planned stations had been installed, many of which collect data on the number of bottles saved by filling up reusable bottles instead of buying bottled water. On August 24, 2017, over a million bottles were recorded. That number increases daily.

“That’s 19 tons of garbage,” said Aubrey Robertson. “VIUSU and the entire VIU community can be very proud of the outcome of this initiative.”

It’s also tons of money saved. The bottled-water industry generates over two billion dollars each year in Canada. Considering the number of bottles saved in the past five years at VIU, and the average cost of a bottle of water (about $2), the VIU community has collectively saved over $2,000,000 by refilling their reusable water bottles. That breaks down to about $1096 each day–and for students, every dollar kept in their own pockets counts.

“I never leave the house without a water bottle. This personal choice and habit, initially a response to the bottled water ban on campus, is magnified by the thousands of students who attend VIU and make a commitment to sustainability every day.” Spicer has her water bottle in hand as we talk.

“It speaks to the value and respect,” she adds, “that our campus community places on our water, waste reduction, and the future.”

VIUSU will once again distribute free water bottles at Rock VIU and FROSH this September, as well as World Water Day on March 22, 2018, and Happy Endings in April 2018. 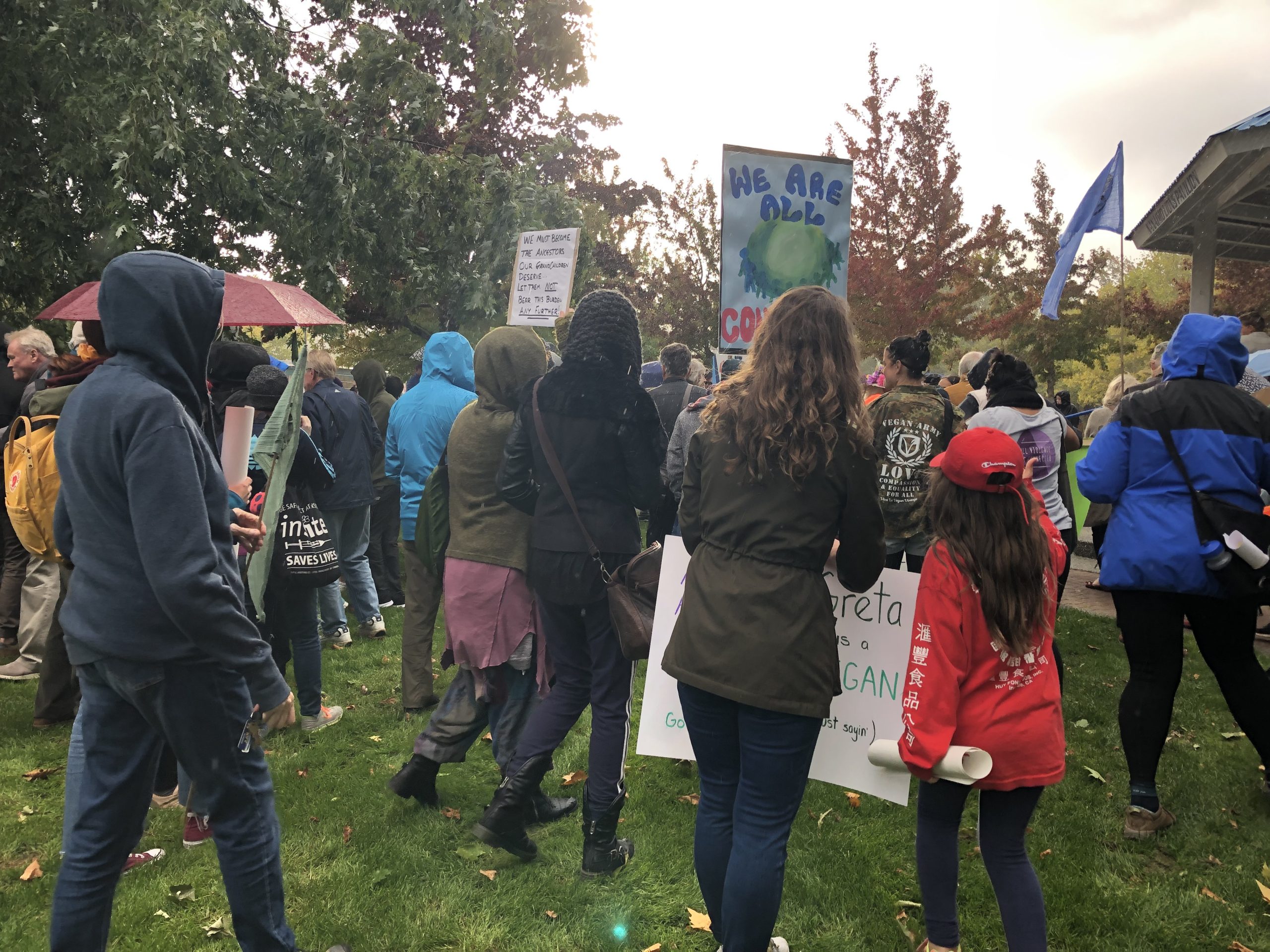