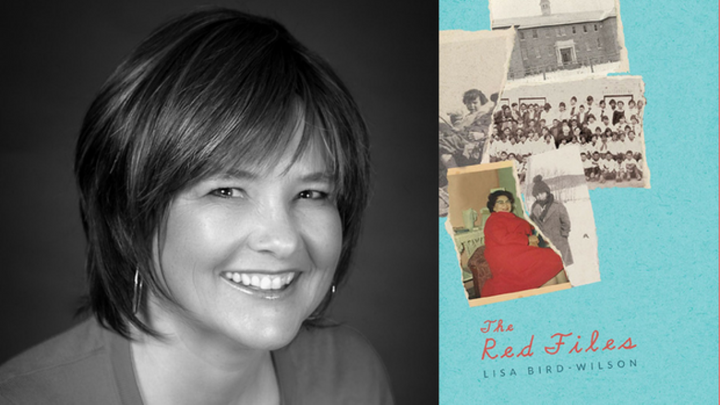 Photography. The art of creating images by recording light. A monumental media capable of shaping human perception and the frameworks of society. Single photographs often become emblematic of entire wars and social movements, forceful in their supposed truth and objectivity.

In Lisa Bird-Wilson’s debut book of poetry, The Red Files, she challenges this notion by breathing life into the nameless and voiceless children trapped inside archival photographs taken at residential schools. These photographs (rows of “well-groomed”, brown-skinned children, standing or sitting in perfect unison, with a nun or priest standing guard) are the first images most Canadians think of regarding residential schools.

The Red Files—which takes its name from the federal government’s filing system of residential school archives into “black” and “red” files—is broken up into three sections. Section one provides several scenes before and after photos are shot at various residential schools. Bird-Wilson, a Métis writer from Saskatoon, examined archival photographs and talked to family members about their experiences in order to craft these poems. In “Boy’s Class Date Unknown”, Bird-Wilson sketches a Remembrance Day photo session where “each boy has a poppy pinned/to his left lapel”:

as the shutter clicks Freddie Bird tucks
his head down and forward
hands clutched together in front,
laughter in his chest,
while Alex Moosemay grins out of his skin
face turned
to greet the prairie sky
little Hector on the other side of Freddie,
his one knee forward, chin tilted up
anxious, as if he wants in
on the joke
or might tell
I’m telling you now
it’s November
1927, that time
they shared a laugh
those boys
at the boys beside the blue sloughs
in the heart of the Touchwood Hills

Freddie. Hector. Alex Moosemay. While these are no doubt anglicized names (and names they would have been forced to use under threat of abuse), by using them, Bird-Wilson adds a humanizing element that the archival photographs strip away. Bird-Wilson also shows residential school victims for who they are: children, who, even under abhorrent circumstances, are able to laugh and play.

In the last stanza, Bird-Wilson is clear about what she wants the reader to take away from the poem. She isn’t just showing you through her sketch that these “boys shared a laugh”—she is “telling you” while stating her authority and position as the translator of these photographs.

Although there were certain moments that residential school victims were able to smile (and Bird-Wilson is purposely highlighting them to fill in gaps left by erasure), the daily atrocities these children went through are at the core of the residential school experience.

In “The Finest in the Dominion”, the school principal tempts a young boy, Kenneth, with the promise of driving the school bus. Even though Kenneth’s peers ominously call him the “principal’s fag baby”, he takes the principal’s offer (what kid could resist wanting to drive a bus?) only to be sexually assaulted by him. In “Beside a Residential School”, “kohkums dig/their crooked fingers/earth-deep,” and find the bones and buttons of their grandchildren in make-shift graves.

The second section showcases both the aftermath of residential schools and the political processes that led to their creation.

William Starr, a former administrator at Gordon’s Indian Residential School, admitted under oath to abusing “hundreds of boys.” In “Hundreds of Boys—A Response”, Bird-Wilson shows the reader what “hundreds of boys” looks like by imagining Starr’s victims marching through prairie. Each stanza increases in increments of one hundred until it reaches five hundred marching boys in the last stanza:

by five hundred they’re stretched
sun-stained, jostling
shoulder to shoulder
past the blue sloughs
down the valley slope
a lengthy run-on sentence

Bird-Wilson, by sketching a scene of all the boys Starr abused, shows how his admission is purely an arrangement of cold, meaningless words. His statement underlines how widespread his sexual abuse was, but Bird-Wilson wants the reader to imagine bodies and faces instead of numbers. William Starr only knows his victims by an estimation of a number. Conversely, Bird-Wilson states specifics—three hundred, four hundred, five hundred.

By penning this response, Bird-Wilson is telling us why Starr’s statement can’t be what defines the children he abused: it’s vague, it’s nameless, and it’s from the mouth of the abuser. It’s a “a lengthy run-on sentence”.

The last section shifts into the personal, telling stories from Bird-Wilson’s life, while exploring the effects of intergenerational trauma. In “When Someone Remembers My Father”, the speaker recalls her father’s violent death outside a bar, and envisions what life would be like if he were still alive:

he was wiry, a scrappy fighter
the night he died outside a bar
he fought the fuck out of them
fought like fuck, man
but died just the same
I wish I could take him back
adore him, my most favourite dad ever
and say, gimme a drag of your cigarette
tough guy
and he could say,
watch it, kid

Bird-Wilson’s voice here is that of a daughter desperately longing for her father to still be alive. Earlier in the poem, it’s clear that their relationship was far from ideal (she mostly remembers his “dark eyes” and “flash of anger”) but she misses him fiercely nonetheless. The lines, “he fought the fuck out of them/fought like fuck, man/but died just the same”, are a metaphor for how her father had to fight for everything in life. While it’s not stated if her father attended residential school, it’s clear he suffered from the devastating effects of colonization.

Bird-Wilson, who won several Saskatchewan Book Awards for her short story collection Just Pretending, is arresting in her narrative-driven poetry. Her poems are a living, breathing lesson in Canada’s cultural genocide against Indigenous people and are essential in their honesty and craft.