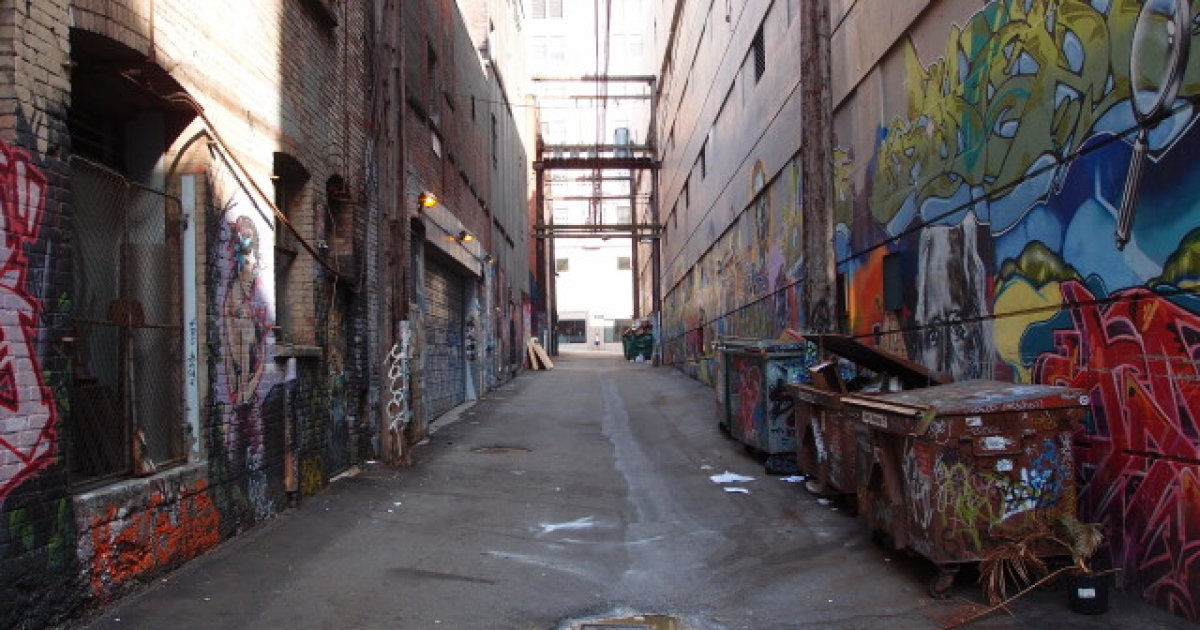 Scott sits on his light blue arm chair and sips a steaming cup of coffee–this coffee is more bitter than what he drank in his youth. The morning news comes into focus. Sounds from the television start to make their way to Scott. He looks to the window to catch a glimpse of the sunrise. Beyond the surrounding houses, he sees light glowing off the top of snow-capped mountains. It brings a smile to his face.

“Any second now,” he says. He waits for the warm sun to cascade through his half-drawn window shades.

“Ah, there it is,” he says. In a moment, his feet are cloaked with blankets of orange.

The mornings are the only peace I get. Thank you, my dear friend; you have been there every step of the way.

After closing his eyes and mumbling a few words, Scott takes another sip of coffee and his attention turns to the headline crossing his television screen:

Are we even making a difference out there? Sometimes it sure doesn’t feel like it. I guess I should just be grateful that I was saved. Just for today, I’ll make a difference.

Scott makes sunny-side up two eggs, puts jam on toast, then feeds his black cat, Mandu. This routine soothes him. As they eat together, side by side at the kitchen table, Scott scoffs at his furry friend. Mandu is trying hard to eat like a human from a chair at the table.

“I’d be just fine if you and God were the only friends I had,” Scott says and caresses Mandu’s smooth black coat.

Scott’s cell phone rings, and he dashes through his one bedroom suite to reach it, still plugged-in. Scanning the screen, he sees it’s Karen from work. He yanks the cord out from the bottom. “Good morning, Karen,” he says.

“Morning, Scott. How you doing today?”

“I’m good. Still can’t get that close call out of my mind though. How are you doing?” Scott replies, recalling the encounter of a nearly fatal overdose.

“Well, I got a whole five hours of sleep last night… so, I guess better than usual.” Karen says, sounding weary but well-caffeinated. “We have a new guy with us today. His name is Will. Vancouver Coastal Health just called to tell me that he’ll meet us at Insite. He’s got a bike to patrol with, and the nurses at Insite agreed to train him on Narcan administration this morning.”

“Spikes On Bikes has really come a long way, eh? So, I figure we’ll just get him shadowing us today and have him observe how we interact with the people on Hastings,” Karen says.

“Scott… only we understand these people. We know their pain, their struggle, their experience… we were there,” Karen says in a gentle voice.

“I’ll meet you in front of Insite in an hour,” Scott says.

Scott pulls up in front of the Insite safe injection facility on his ten-speed bicycle, but Karen and Will are nowhere to be seen. He sees Karen’s green bicycle is already locked up to the bike rack, alongside a red mountain bike.

They must be inside; Will is probably going through his Narcan training.

Scott hears sirens in the distance as he locks his bike to a stop sign. The sirens grow nearer and louder. Before Scott can snap together the lock on his bike, there is an ambulance hopping the curb just a feet away from him. Paramedics rush out, grabbing a gurney from the back, and swing open the doors to Insite. Scott assists in opening the doors; he knows this all too well. Stepping inside, Scott sees many well-lit wide booths with raised tables, sturdy black chairs wrapping around the booths that create a half-moon shape in the room, and a front desk.

Another fatal overdose has been prevented.

The desk is usually occupied by an employee, but that employee is assisting the paramedics with someone lying on the floor. The person (what do they look like?) lying on their back is mumbling words that are not understandable, and there is a syringe on a nearby table with an orange cap. Paramedics lift the brought-back-to-life addict and start wheeling him toward the door to the ambulance. Another fatal overdose has been prevented. Karen and Will stand by the front desk. Scott walks up to Will, who is donning a deer-in-the-headlights look.

“It’s real when you actually see it in person. There’s no filter here. Glad to have you with us today. I’m Scott,” Scott says while extending his hand for a shake.

Will shakes Scott’s hand and snaps out of his daze to say, “Nice to meet you. I’m Will. I didn’t think this would happen right out of the gate.”

“It’s probably better that it did. You look a little dazed, you alright buddy?” Scott asks.

“I see you got your kit for personnel administrating, but did you get some for training others?” Scott says.

“Yeah, they’re in my bag,” Will replies.

“Well this situation is under control. What do you say we get a move on, guys?” Scott says, looking toward Karen.

Karen, Will and Scott dismount their bicycles in front of what is known as Blood Alley. It claimed its title by playing host to many fatal overdoses, even long before the fentanyl epidemic. The three look down the alleyway in broad daylight, and it still looks grim. Will notes that it feels eerie, like there is a sickness laying over the alley.  High buildings hide it from light and create an almost perfect getaway within the city.

The one thing it’s not, though, is lifeless. Cardboard boxes lay scattered alongside the brick walls of the alleyway. Every few feet there are people on worn and soiled blankets. From the opening of the alley, the three can see that the ground is littered with orange caps. The sidewalk, from left to the right is occupied by homeless folk.

“Will, I understand you’re unfamiliar with the area and the people down here. Karen and I have worked hard to establish relationships with people down here. You’re no stranger to addiction, correct?” Scott asks.

“I’ve lived through it myself, yes, but I’ve never been exposed to this magnitude of it. I also haven’t looked at it directly in the eyes for quite some time. Honestly, I’ve only ever heard stories of East Hastings. I’m from Vancouver Island,” Will replies.

“Well, make sure to always travel in pairs. Do your best to just be decent and kind here, that’s all this really requires. Be willing to act if the situation calls for it and pick up every needle you see with one of the grabbers or gloves, okay?” Scott says.

“Stay close to us and most importantly be kind. Don’t let fear hold you back from saying hello and leave them be if they’re not interested. You’ll see that most welcome us with joy, but try not to take it personally if they don’t. You are new, and they don’t know you. Let’s say a quick prayer,” Karen says.

The feeling that lingers in the air of the alleyway is heavy and uninviting. The three crusade forward with an aura of hope. Immediately after leaving the comfort of the occupied street, they start collecting used needles from the ground and cautiously place them into a yellow sharps bin marked with red biohazard symbols.

Someone Karen and Scott know comes running up the alleyway toward the three of them. He has no regard for puddles or the ground that is littered with needles. His jacket is stained, and his pants are riddled with patches.

“It’s Ma-Maggie! She took too much! I told her there was fentanyl in it, you got to help her! Help me, she’s down this way,” Phil says.

The three take off in pursuit of Phil. He turns a corner at a four-way in the alley. Panting heavily and struggling to push their bikes at a sufficient pace, the three turn a corner and see Phil halfway down another alley. Next to a rusty old fire escape, there is a large cardboard box from a water heater, laid on its side with a pair of shoed feet sticking out the other side. Scott immediately pushes his bike to the opposite side of the alley, where it collides with red brick, and advances toward the box.

“Phil, get back and give us room, for Christ sakes,” Scott commands as he assesses the situation.

The box is old and frail, so Scott places both hands on one end and tears it at the crease. Ripping away at the sides of the box that encased Maggie, Karen shakes and asks, “Maggie, can you hear me? Maggie?”

There is no response, just a lifeless body. Maggie lies still; no shiver, no breath, arms lying away from her clasping a used syringe. Scott and Karen rush for rubber gloves from their bags. Karen frees Maggie’s hand of the used syringe while Scott draws up a dose of Narcan.

Will fumbles his cell phone from his pocket and, despite mild shock, dials 911. Scott’s holding a syringe and flicking it to ensure air bubbles escape. With little hesitation, Scott clutches Maggie’s shoulder, exposes it from the filthy jacket and pierces her skin with a VanishPoint syringe. Scott pushes the dose into her shoulder and extracts the syringe. The echo of sirens from a distance draw Will to the opening at the end of the alley. Scott and Karen glance towards Will to see his arms raised, flagging down the ambulance.

There is still no response from Maggie; she lies vacant and breathless. Karen rests an ear upon Maggie’s stagnant chest, listening for a faint heartbeat, but there is nothing. Screeching breaks from the ambulance echo through the alley, but the flashing lights are what truly draw Karen and Scott’s attention.

Paramedics move swiftly toward the scene.

“I gave her a dose of Narcan six minutes ago, but there’s still no response. I was just about to start chest compressions as you guys arrived.” Scott says as two paramedics swarm Maggie.

The paramedics share a look, but after a vital check the look is followed by a side-to-side head shake.

“You three did the best you could but her heart probably stopped long before you got here. She’s gone,” a paramedic says.

The three watch in awe as a soulless body is zipped shut into a thick black rubber bag.