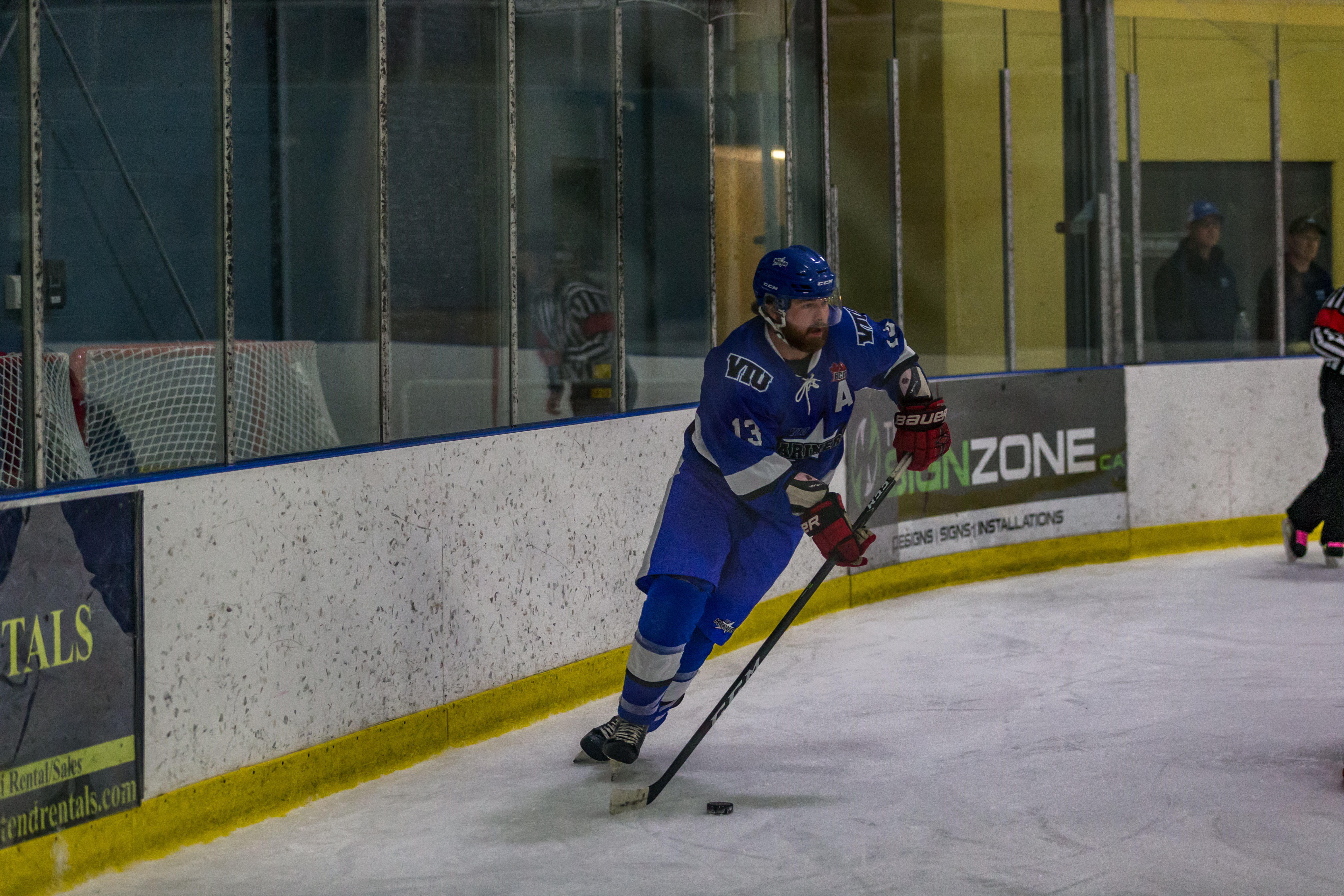 In 2017, the British Columbia Intercollegiate Hockey League (BCIHL) introduced its sixth team, the VIU Mariners. The Mariners will see action against opponents from Vancouver Island, the Lower Mainland, and Washington state. They had their work cut out for them playing the 2016 BCIHL champs, the UVIC Vikes, to get the preseason rolling—the men’s hockey team kicked off their inaugural season with a pair of exhibition games against the Vikes.

Game one of the doubleheader was held on Friday, September 22 at Ian Stewart Arena in Victoria. The Mariners started off with a bang, and kept the momentum going. The Vikes seemed to be taking that extra second to make plays, while the Mariners pounced on every opportunity. Three goals in quick succession gave the Mariners a 3-1 lead going into the second period.

Over the course of Friday’s game, the Vikes eased into a groove. The Mariners took a few undisciplined penalties, resulting in two power-play goals for the Vikes. The second half was quite a heated, tight match, but solid efforts from players like Garret Dunlop and Spencer Loverock pushed the Mariners to a 6-5 victory.

Looking to capitalize on Friday’s success, head Coach Steve Paul had the Mariners coming out in full force again Saturday night at the Nanaimo Ice Center. Unlike on Friday, the Vikes matched the Mariners pace and took a quick 2-0 lead by the end of the first. In the second period, however, goals from Alex Hanson, Gaige Colpron, and Michael Olson saw the Mariners tie the match 3-3.

Down the stretch of Saturday’s game, players like Ryan Coghlan and Turner Popoff kept up the energy for the Mariners with some hard checking and great speed. Mid-way through the third period, Ryan Coghlan wired a shot to give the Mariners a 4-3 lead. The Vikes had a hard push at the end, but the Mariners held on for their second win in two nights.

The Mariners have shown some great potential early in the season. Standout performances from Garret Dunlop, Michael Olson, and Connor McCarrick give the Mariners a small glimpse of what is to come. With a great mix of skilled forwards and bruising defensemen, the team looks to make their first season one to remember.

For all things Mariners, be sure to follow @VIUMariners on twitter, and check gomariners.ca for all the latest news, updates, and outcomes of your Mariners’ matchups.