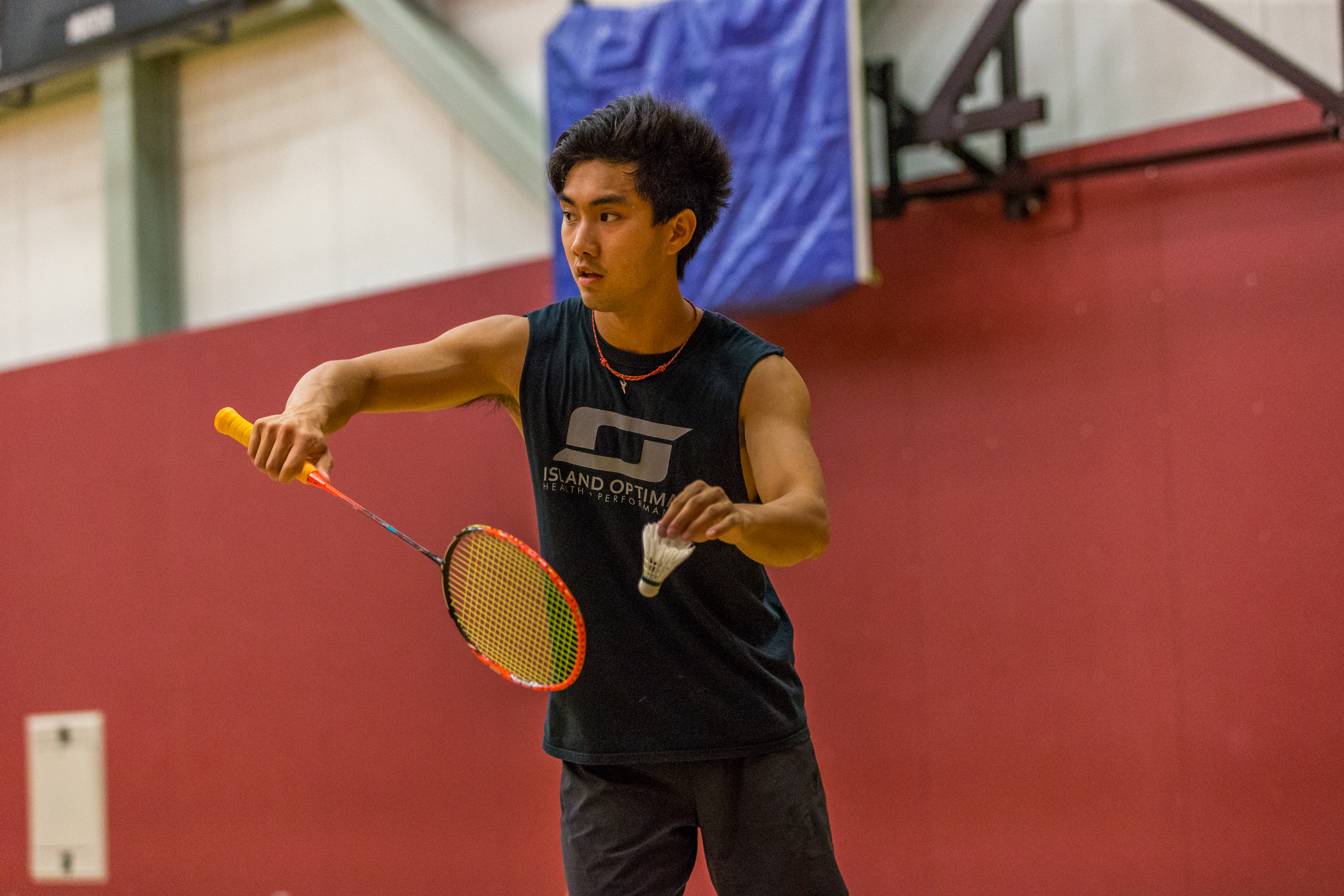 Last month, members of VIU’s badminton team took to the court competing in the Nanaimo Open, a tournament that ran from September 29 to October 1. William Poon is a Mariners badminton player and competitor in the weekends’ events. He took time between matches to discuss the finer points of the sport, and share how his ideal method of relaxation off-court involves climbing giant boulders.

How would you describe the Nanaimo Open?

A: This is an exhibition; the team competes primarily to get experience on the court, then we have tournaments later on in October, and November. The season runs typically from October to March. We come to the Nanaimo Open largely because it’s fun.

What is the skill level of the competition here at the tournament?

A: The only requirement is that you are a registered Badminton BC member, so it brings in a wide range of skill levels.

How many years have you competed in this tournament?

What are you studying at VIU?

A: I’m studying in hopes of earning my BBA, with a major in finance.

Who introduced you to badminton?

A: I played recreationally in high school with a few friends. It was a drop-in thing.

What intrigues you about the sport?

A: Some people don’t really consider badminton a traditional team sport, but like other team sports we travel together, practice together, compete together, so the community aspect was definitely appealing.

What are some of the mental/physical demands required of a badminton player?

A: It’s a lot of mental toughness, speed, dexterity, and hand-eye coordination, that kind of stuff. It’s honestly about as simple as it looks, just requires a lot of practice is all. Everyone can pick up a racket, but you have to commit to it, put the effort in.

How often does the team practice?

A: We practice three times a week, plus sometimes we have conditioning at ‘Over the Hurdle’ located near the hospital.

What are your interests outside of badminton and school?

A: I’ve been doing a lot of rock climbing. I started around December 2015, so I’m still pretty new to it. I’ve actually been competing, and doing pretty well. That’s something I’ve considered after university is finished, doing some travelling and climbing.

Can you compare the two sports?

A: They’re so different. Climbing is almost entirely physical and you have to train your muscles and tendons to be able to body-balance in precarious positions. Whereas in badminton the skills you train are speed, and twitch reactions. It’s more muscle memory with rock climbing, as it is far more unpredictable.

Do you have any future plans/goals?

A: I’m hoping to graduate in April. Then I plan on travelling with my friend, explore a little bit, do a bit of rock climbing, just kind of get away for a bit.