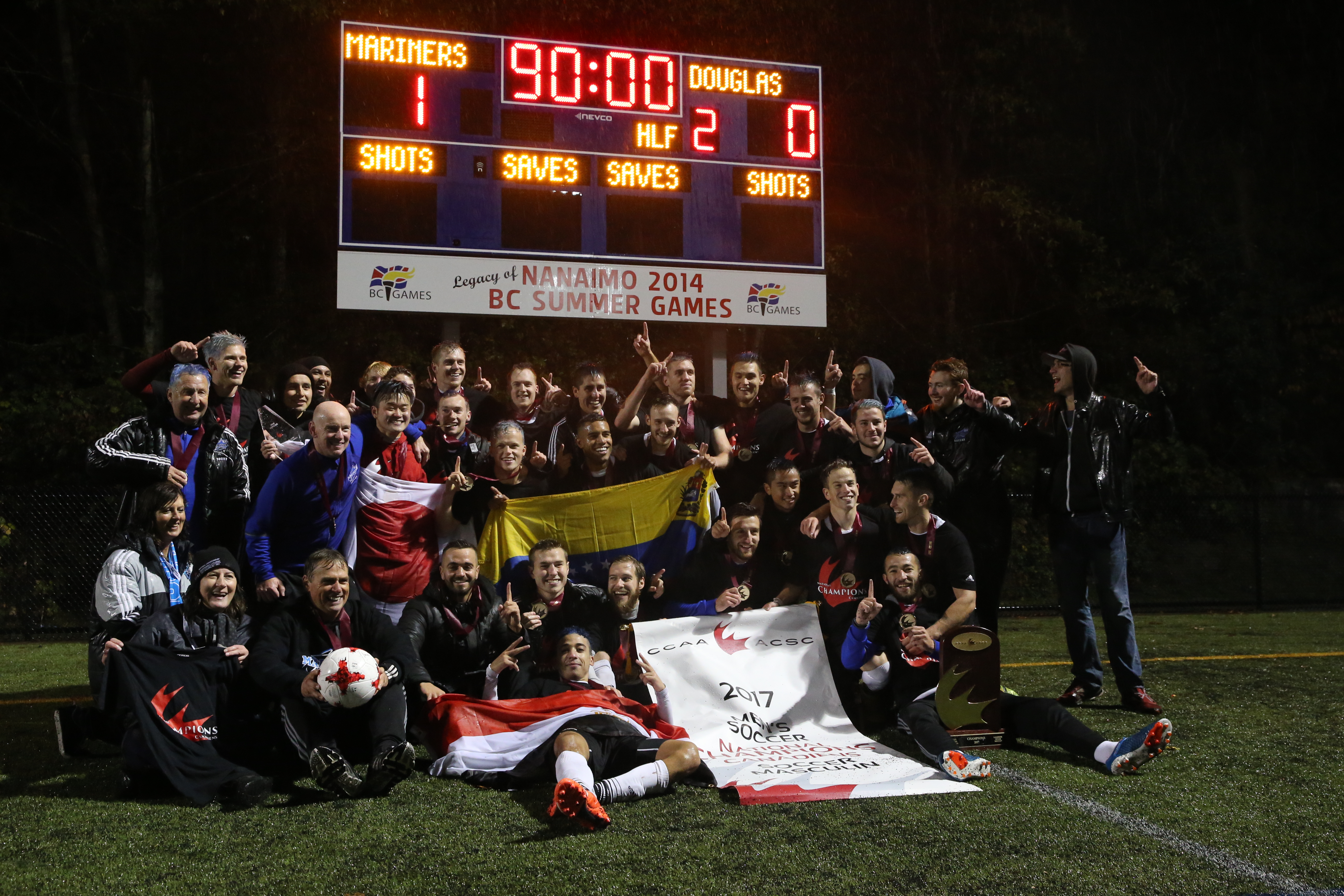 Uncooperative weather was a factor for both the Mariners and Royals as they faced off on the pitch at Merle Logan Field for the CCAA Men’s National Championship Game. A goal by Stefan Cukovic, scored 15 minutes in, proved just enough for the Mariners to hold on and capture the gold on their home turf. The CCAA gold is the first in men’s soccer for the Mariners squad since 2010 and only the third since 1983.

The Mariners controlled momentum for the majority of the game. Mariners goalie David Turkstra made key saves throughout the match that kept the Royal attackers at bay. A brief scare came late, 53 minutes in of the second half when Douglas College appeared to score the equalizer, but the goal was called back when the scoring player was ruled offside.

The Mariners high-powered offense was on full display in the lead up to the gold medal game. They bested the Northern Alberta Institute of Technology’s Oaks in a 6-1 blowout. However, the Mariners defense proved to be the winning formula against the rival Douglas College on Saturday night.  Tournament all-stars were Chris Merriman, Ryan McCurdy, and Jordan DeGraff. Shun Takano took home tournament MVP honours.

Over 1000 fans braved the weather to watch the game live, and Shaw provided an online video stream.