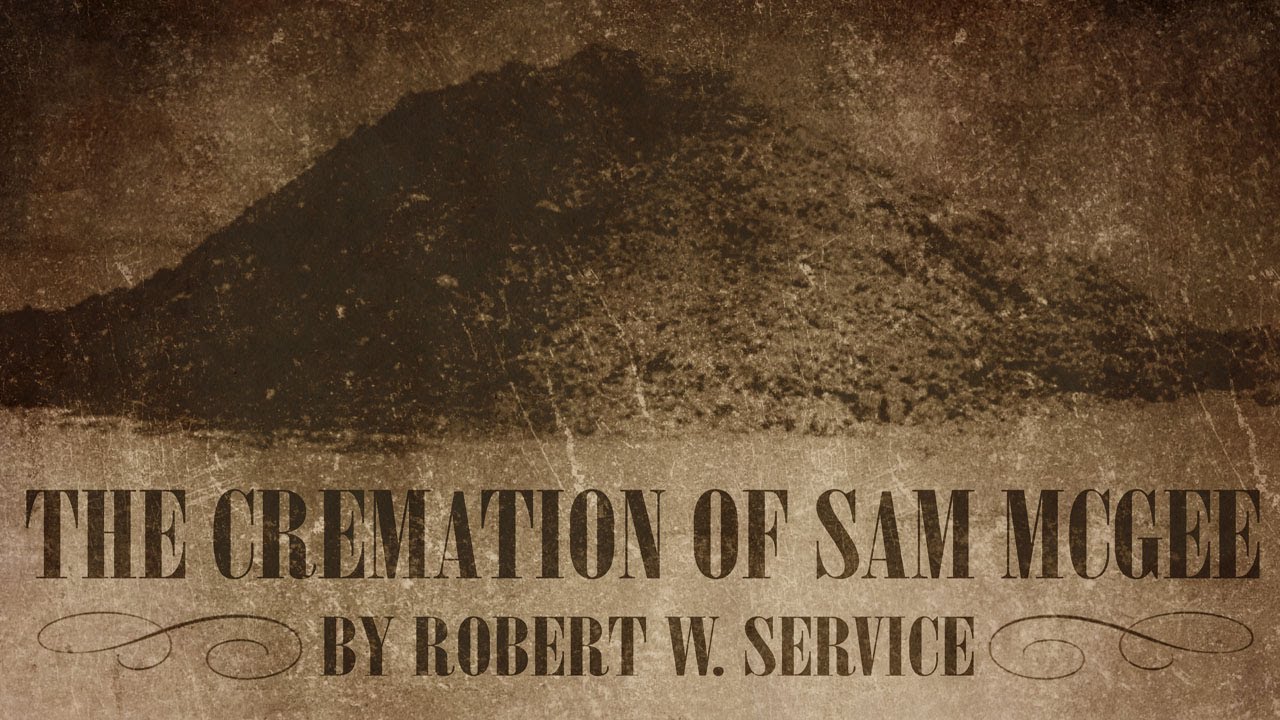 “There are strange things done in the midnight sun…”

As soon as eyes read, or ears hear, that famous opening line, the brain slides into its automatic rhythm. We’ve got Robert W. Service to thank for that. Why is it such a successful poem even so many years later? Yes, the content is appealing—poor Sam Mcgee—but is there another element at play with this piece that sears the poem into one’s memory? Service deserves a high-level of praise for his level of poetic skill, showcased in his legendary piece. On the other hand, is the searing effect a combination of a fine poet, but also the aid of a certain poetic form?

A ballad is a poetic form intended to be a narrative poem, originating from songs

sung by Europeans in the early fourteenth century. While travelling, it would be much easier to recite and remember a song or poem when it contained the poetic structure of meter, rhyme, repetition, and stanzas (in this case quatrains). Service’s ballad-form poem sets up a rhyme scheme (aabb) and holds it consistently throughout every quatrain. The intro stanza is written without an end rhyme scheme, but instead contains two stressed words in each line to prep the reader for the rhythm that awaits in the quatrains. The concluding stanza, a repeat of the intro, leaves that rhythm in the mind as one ends the poem. It is this set of paired couplets in each quatrain that drives home every profound detail of the poem, keeps the reader tied into the narrative story, and paints a canvas with imagery in the mind’s eye of the reader or reciter.

No one should underestimate the brilliance of a poet, Service included, but it is worth noting that “The Cremation of Sam Mcgee” would not be as strong in a different poetic form. The story of the speaker and Sam Mcgee (who was from Tennessee) who travel the Yukon during the Klondike gold rush just would not hold as strong of voice and tone in, say, a free verse style. The strength of this poem lies within the poetic form, the ballad. Coupled with Service’s skill, this creates a pace that leads the reader to a feeling of urgency. While the plot in the ballad form is more critical than its cast of characters, by the poet incorporating character dialogue (unique to the ballad form), a sense of personality is given. In turn, this makes the actions of either the speaker of the poem or the character Sam McGee more immediate, memorable, and the reader is grounded in the plot of the poem with the characters.

“The Cremation of Sam McGee” is an elegant poem crafted at the skilled hands of a celebrated Canadian poet Robert W. Service, but the measurement of skill in a poet’s ability should surpass the common elements of poetry like imagery, simile, diction, and metaphor. Perhaps, a more efficient method when measuring a poet’s skill should reflect upon on how well they showcase poetics in form poetry. Service does this well in the ballad form, and it’s for all the reasons discussed above that the poem is known as an important work of literature.