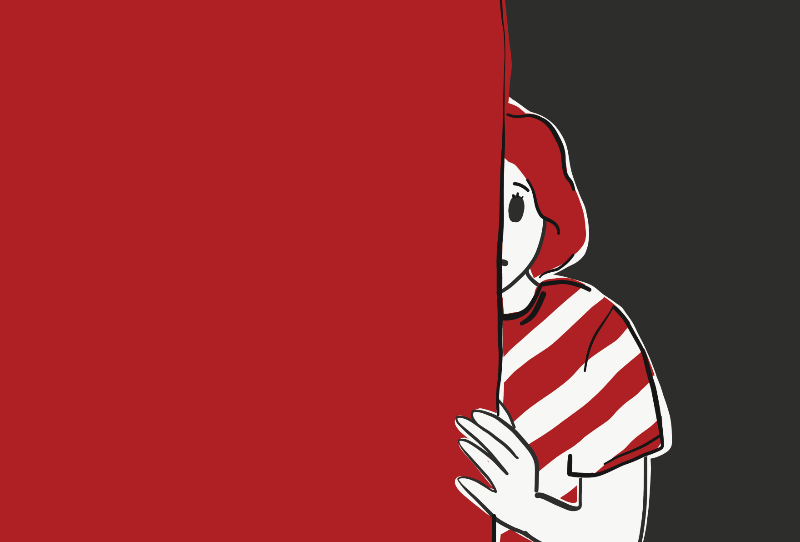 Roth said that the university did not protect female students and staff when a student forced his paraphilic infantilism on them. Paraphilic infantilism is a sexual fetish that involves adults roleplaying as babies, wearing diapers, and being nurtured by their partners as if their partners were a parent. It is currently not listed as a mental disorder in the Diagnostic and Statistical Manual of Mental Disorders by the American Psychiatric Association.

In a meeting with Roth, the student alleged that he was being discriminated against based on a disability because he was no longer allowed to see female counsellors at VIU. This restriction resulted from an incident where the student claimed he was incontinent and had asked a VIU nurse practitioner to change his soiled diaper in May 2015. The student claimed that the nurse practitioner or VIU officials must have discussed the incident with the counsellors who then prevented him from seeing female counsellors. The student thought this breached his patient confidentiality.

“There were some communications,” Roth said. “However, they were fully within their rights to [tell someone] because [the incident], in my books, constitutes a sexual assault. This student … is fully capable of changing himself. However, he prefers that women help him. To my knowledge, there was no legitimate medical reason for him to require any assistance.”

Roth said that VIU officials were aware of the student’s behavior while she was investigating him, and they did not disclose information to her. She also claims that she was fired without cause on the same day she was supposed to interview a VIU official about the matter, which, she believes, was VIU’s retaliation to her investigation.

Roth said that, since the story first appeared in The Globe and Mail, more than a dozen women have come forward with their experiences of harassment from the same individual. The women include members of the VIU campus community, as well as women from communities outside VIU.

The student expressed an interest in children’s literature early in the course. He brought books to class and asked if Ledwell-Hunt would read them aloud. She refused his requests and told him that VIU offered children’s literature English courses. The student emailed Ledwell-Hunt excessively and would blend sexually suggestive comments with questions about the course. Ledwell-Hunt would ignore the suggestive comments and address the questions about the course only. It was not until the student submitted an essay with a photo of himself wearing only a t-shirt and a diaper that Ledwell-Hunt fully realized what was going on.

“The reason that moment was something of a watershed is because I went back over all his communications and thought about the way he’d been treating me all along,” Ledwell-Hunt said.

Ledwell-Hunt reported the essay to a VIU official. She was asked to evaluate the essay as a regular assignment. She asked the student to resubmit the assignment with another image, saying it was more of a performance piece than an analytical English paper. The student responded by posting on VIU Learn that Ledwell-Hunt was not giving him proper feedback and required sensitivity training.

“I was never advised by any VIU official to report the sexual harassment I’ve experienced,” Ledwell-Hunt said. “Based on that negligence, there’s no doubt in my mind that this could happen again. I left a meeting held on November 14, 2017, with the impression that VIU administrators did not believe I was sexually harassed and were using the findings of what they claim was an independent investigation to justify this position. In that meeting, I tried to help VIU officials see what the investigator’s report didn’t: that sexual harassment is gender-based discrimination. Regardless of the perpetrator in question, sexual harassment reduces women to the roles of mother, nurturer, or wife, and renders female bodies in service of these aims. If survivors of workplace sexual harassment are unsupported by VIU officials, to whom should they turn?”

President Nilson issued an official response to The Globe and Mail story stating that the information provided by Roth was inaccurate because she was not made aware of the steps the university took to respond to the concerns of sexual harassment, and that her statements about the termination of her employment were inaccurate. The statement has been criticized by members of the VIU campus community for being dismissive and not supporting the survivors of sexual misconduct at VIU.

In response to these criticisms, President Nilson issued this statement:

VIU Associate Vice President of Human Resources, Dan VanderSluis, and Shelley Legin, Chief Financial Officer and Vice President of Administration, reaffirmed VIU’s position on the case in an interview with the Navigator.

“We had an experienced third-party investigator, who is also a lawyer, take a look at the processes that were undertaken,” VanderSluis said. “His report indicated that he was satisfied that the university had acted appropriately given the information it had at the time.”

When asked what actions the university undertook to ensure the safety of the campus community, VanderSluis added, “Because of the privacy issues involved here, we are not at liberty to discuss what actions were taken in specific circumstances. The best answer to that is that if a certain action or step was required to be taken, it was taken.”

Both VanderSluis and Legin expressed concern about privacy breaches that they believe have been made relating to these events. They say they remain committed to protecting the privacy of all individuals involved, and therefore cannot confirm or deny the allegations made by Roth and Ledwell-Hunt. VanderSluis said that VIU’s lack of comment should not be considered as agreement with the alleged version of events.

VIU recently introduced a new sexual misconduct policy as mandated by the BC Government under the Sexual Violence and Misconduct Policy Act. The policy was approved by the VIU Board of Governors in May 2017. The policy was created in consultation with the campus community, other post-secondary institutions across the province, and with the advice of professionals experienced in dealing with sexual misconduct cases. When the policy was presented to the board for final approval, there was a commitment made to revisit the policy to ensure it was meeting the needs of the campus community within one year of its approval.

“Legislation requires a revisit of the policy every three years,” Legin said. “We were proactive and committed to revisit the policy based on whatever cases we had to deal with. We’re planning to engage the community in discussions on what needs to be augmented because [the policy] is effectively new and comprehensive.”

“We want to make sure we have the safest environment for students and our employees,” Legin said. “The way to do that is to continuously learn and to put our learning into actionable solutions, additions, or augmenting the policies, procedures, and any protocols we have to better serve our community.”

Feedback on this specific harassment case, or VIU’s policies in general, can be sent to presidentsmessagenovember2017@viu.ca.

Trained counsellors at one of VIU’s Sexual Misconduct Support Centres
Nanaimo: 250-740-6416
Bldg 200 in the Health and Wellness Centre

Instructors or VIU’s Student Affairs department if you are a student; supervisors if you are faculty or staff. 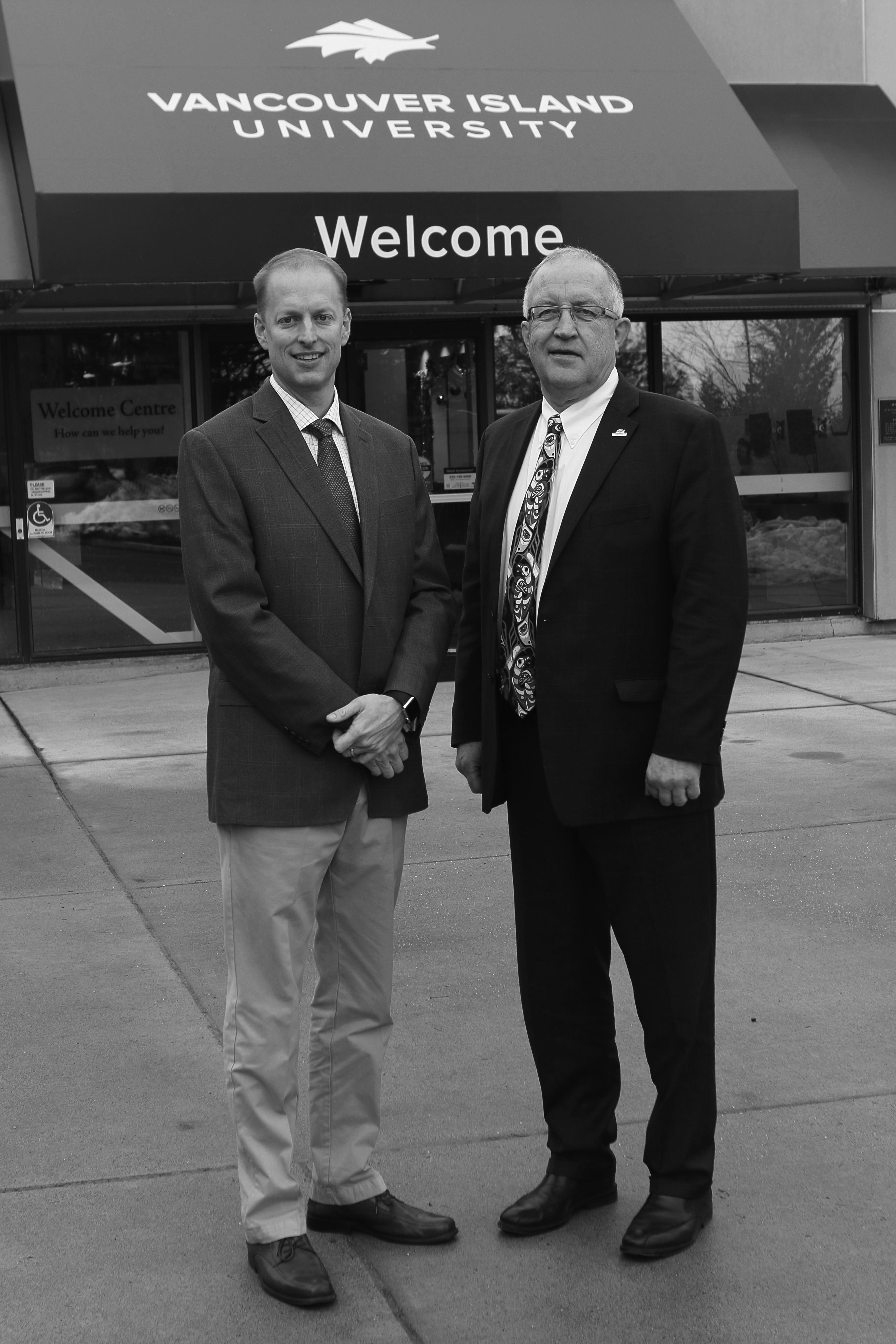