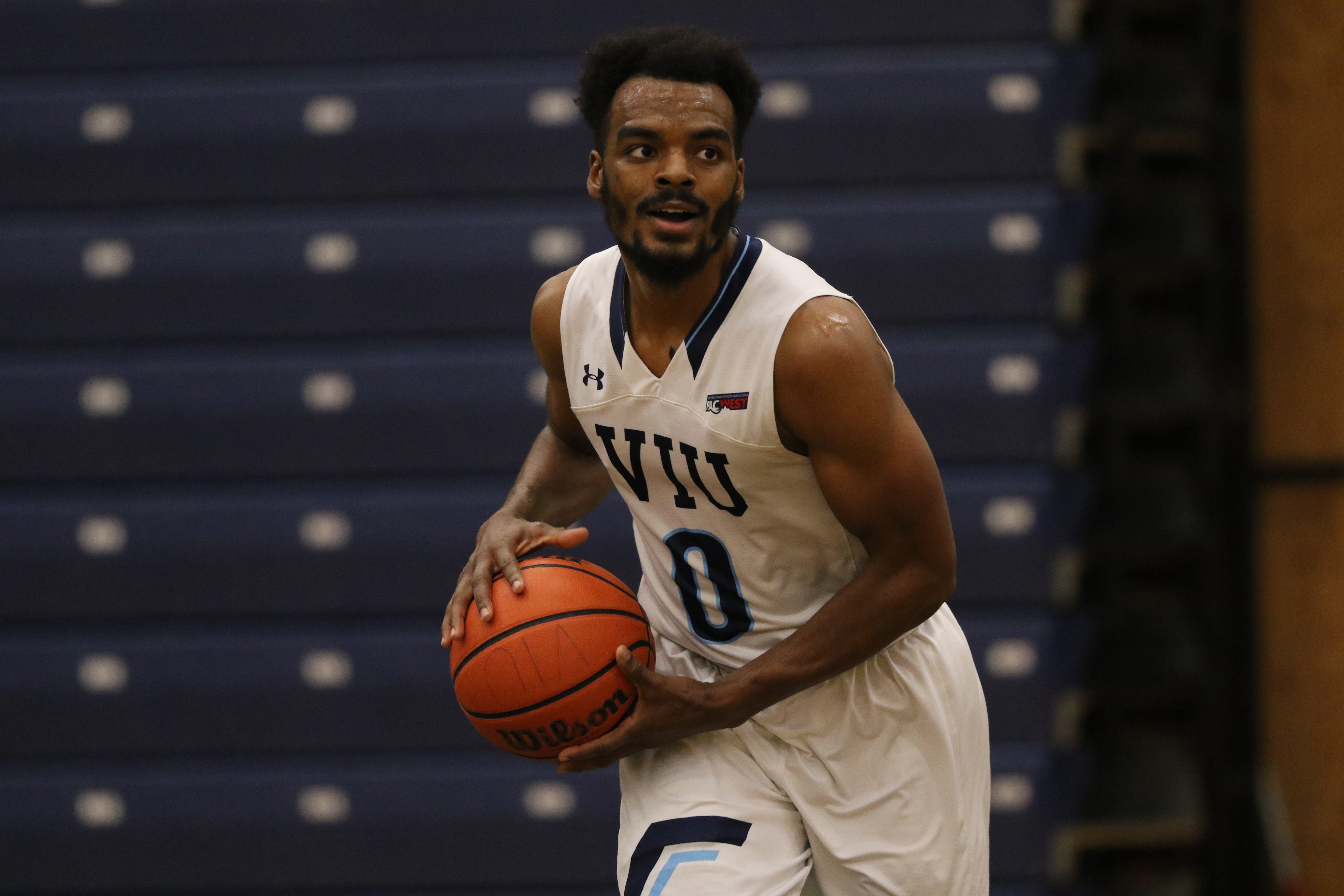 It has undoubtedly been a great fall sports season for VIU. The CCAA gold in men’s soccer was the highlight event of the semester, however, a number of other Mariner teams were in action as well. The women’s soccer team finished their season as PacWest bronze medalists after a 1-0 victory over the Langara Falcons. Additionally, VIU’s golf team showed tremendous grit throughout the season. A particularly impressive contribution came from 18-year-old rookie Wyatt Brook who finished 5th in the National rankings.

With that in mind, let’s take a look back at the season and the accomplishments of some of our athletes and teams.

Undefeated at 6-0, the Mariners are first in the conference, two games ahead of the Douglas Royals and Langara Falcons, who both hold records of 4-2.

Mariners forward and reigning CCAA Player of the Year, Usama Zaid, leads the conference in scoring—averaging 27 points per game, and shooting an efficient 54 percent in the process.

On court action picks back up January 5-6 with pivotal back-to-back home game match-ups against the Falcons.

A two-game win streak couldn’t have come at a more ideal time for the women’s basketball team. Sitting at 4-2 going into the break puts the Mariners in a three-way tie for first in the PacWest conference.

Despite the early season hiccups against Camosun and Capilano, the team has shown tremendous potential. Veteran guard Emma Platner’s 26-point performance against the Quest Kermodes on November 25 stands out as a season-high for the fourth year guard.

The team will have home-court advantage returning from the break to play the Langara Falcons on January 5.

Midway through the inaugural Mariners BCIHL season, and the team is fourth in the standings, with a regular season record of 6-6. They’re 8 points behind 10-3 Trinity Western University for the second position.

VIU has proved competitive against the best the league has to offer, with victories over TWU, and defending BCIHL champions UVIC. Forward Gage Colpron was named the Player of the Week for the week ending November 18.

2017 ended on a winning note as the Mariners defeated Selkirk in a 6-5 shootout. The Mariners will pick things back up on January 6 when they play SFU at the NIC.

The VIU Mariners are defending provincial champions, and so far they’ve played like it. With a record of 10-2, they are tied with the Douglas Royals for the top spot within the conference.

Third-year BSc major Andrea Cankovic was named PacWest Volleyball Athlete of the Week for her remarkable back-to-back performances against the UFV Cascades. In total for the weekend, in just 6 combined sets, Cankovic racked up 18 kills, 3 blocks, and 4 aces for a total of 25 offensive points.

The Mariners will be going into the break riding a three-game win streak. Their next matchup is against the CBC Bearcats on January 12.

Currently third in the national rankings, and tied for first with Capilano in the conference, the men’s team is on track for another deep tournament run. The dynamic offensive duo of Braydon Brouwer and Jeff Webb continue to impress, putting up impressive numbers. Brouwer, currently second in the nation, is averaging 4.28 kills per set, and Webb’s 168 kills leads the nation. Not to be outdone, rookie setter Keal Prince’s strong week seven performance earned him PacWest Player of the Week honours.

The men’s team will be back in action on January 12. They will be facing off against the Bearcats at VIU gym.

The Mariners played host to the Badminton Challenge Cup on November 10-12. As a team, they recorded two victories. Both matches were 7-2 finishes, with the first coming against UVIC, and the second SFU.

The next tournament is in January at Langara College.

Recruiting for the next season has already begun for the women’s soccer team. They will be hosting an inter-squad game on December 16. The game will involve the current team and alumni. The kick-off is scheduled for 12 pm (arrive at 11 am); current VIU students are welcome to join in free of cost, entry is $5 for any other potential players (minimum age 17) interested in playing soccer for the Mariners during the 2018 season.