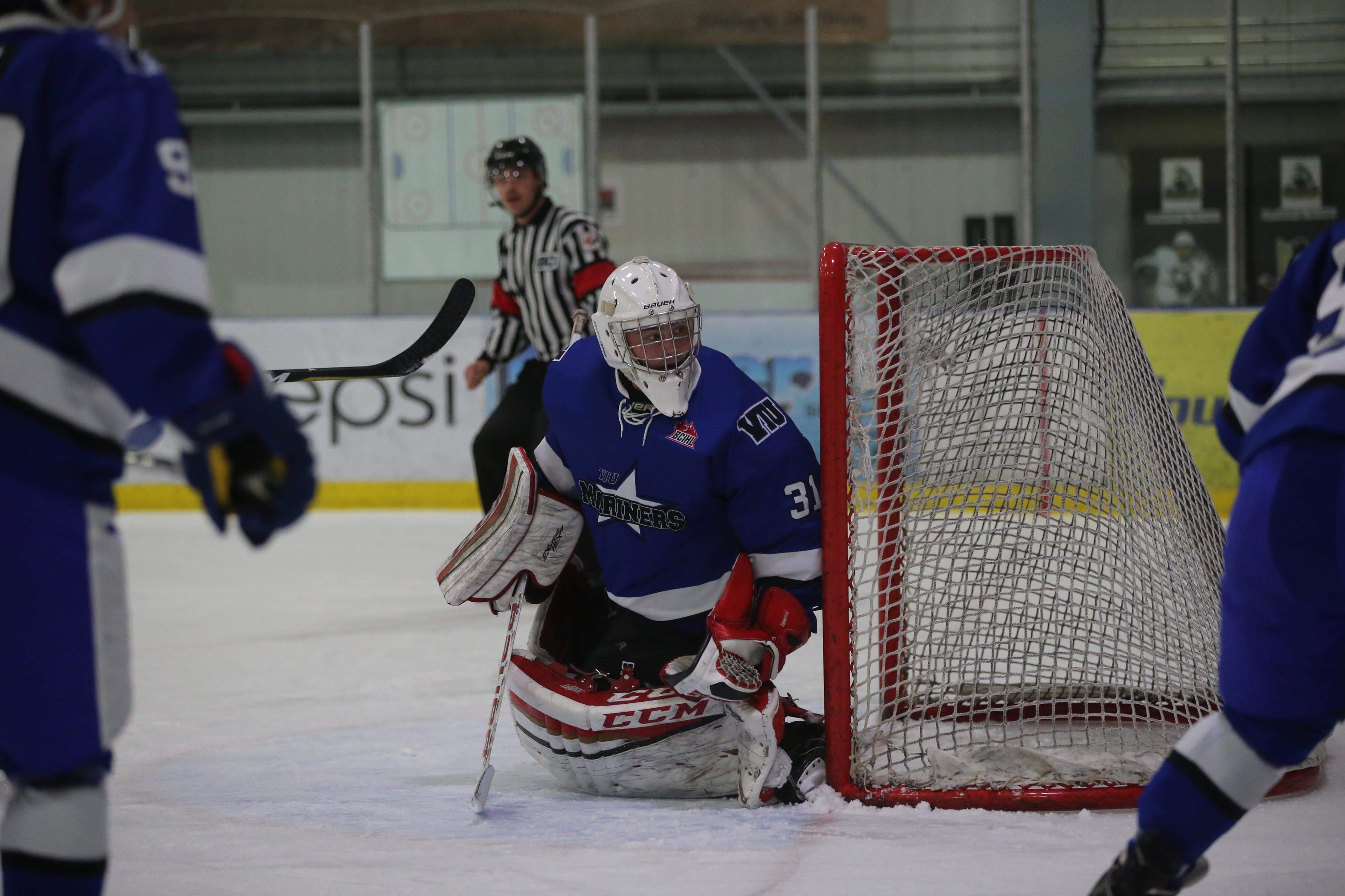 The VIU Mariners men’s hockey club has continued its inaugural season with some great play as of late. While closing out the month with an even record, there are reasons to be enthusiastic about the young club. Great performances from the likes of Gage Colpron, who was named the BCIHL Player of the Week, show a glimpse of the talent level this team has.

November was a rough start for the Mariners as they dropped a 4-3 game to the shot-heavy Trinity Western University Spartans on November 4. The following weekend the boys saw themselves get blown out by Simon Fraser University 8-1 at the Nanaimo Ice Centre.

As each game passes, the tension between the VIU Mariners and UVIC Vikes is amplified. Building on their prior success against the Vikes, the Mariners were able to pull off a 5-3 victory in their first game of the double-header with a stellar performance from the silky smooth Garret Dunlop, who potted 3 points. VIU wasn’t done there, giving the Vikes another bashing on November 18, beating them 7-4 with Gage Colpron putting up a 4 point night to close out the weekend series.

VIU bounced back from their earlier defeat in November against Simon Fraser University with a demanding 4-1 victory. Mariners goaltender Carson Schamerhorn had a solid outing with 26 saves on 27 shots. Special teams were buzzing that night as Kobe Oishi was able to pot in two short-handed goals as well as winning the game’s First-Star designation.

To close out the month of November the Mariners dropped an 11-1 loss to their nemesis the Trinity Western University Spartans. The Mariners have had trouble containing the speedy Spartans all year, but won’t face them again until February 24 at the Nanaimo Ice Center.

While the Mariners have had great offensive performances from players like Dunlop, Colpron, and Oishi, their team is built around solid defence. The pairing of Senholt-Halls have become quick fan-favourites with their exciting play and physical dominance over other teams. Mariners Captain Ryan Coghlan has also continued a great season, cementing himself as a top defensemen in the league.

BCIHL playoffs are quickly approaching and it looks like the Mariners might just make it. Currently sitting at fourth in the BCIHL with 10 points, the Mariners are hoping to hold on to this prized last playoff spot. Support the boys and their playoff push by going to their next home game January 6 at the Nanaimo Ice Centre.

For more VIU Mariners Hockey and other BCIHL talk, check out Stick in Rink Radio Sundays 5-7 pm on 101.7 fm CHLY Nanaimo. Along with exclusive VIU Mariners interviews, this show gives insight into the rest of the BCIHL and all local hockey.