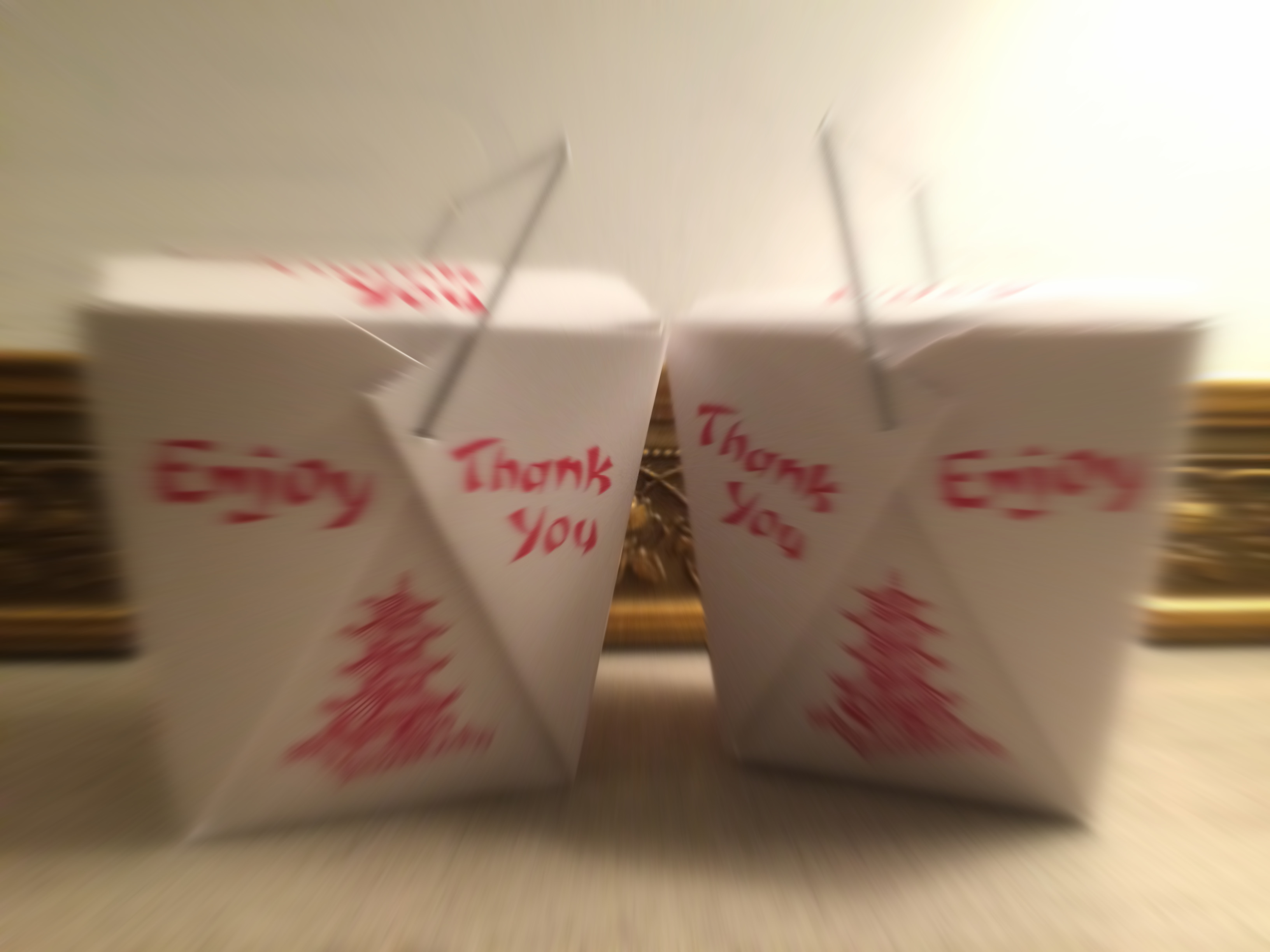 The sun pressed into my pale neck as I dragged my way to my friend’s house. As usual, I was overdressed, wearing multiple layers despite the heat. It was a habit I had indulged in for years. I was the kid in July wearing jeans, a t-shirt, a button-up, and possibly a cardigan. My shirt felt like it was melting across my shoulders as I trudged the clean sidewalks of quiet suburbia.

My small circle of St. Albert friends usually convened at Ryan Brodney’s house. His divorced mother had given him the entire basement, and it’d become a chamber of wasted youth. The walls were littered with swimsuit model pin-ups, cannabis culture posters, and photos of rock stars. The bed seemed an afterthought—plunked in the corner where the television used to be. The most memorable element of Brodney’s basement was the smell. Upon entering, one was bombarded with a putrid odour of smoke, bong water, body odour, and quite possibly urine—depending on the season.

You see, the Brodney household had no bathroom downstairs, and his mother was not only an extremely light sleeper, but also often quite ill. So, respectably, Brodney was vehemently opposed to anyone going upstairs for bathroom trips. During one bitter -35°C night, someone suggested emptying our bladders into the assortment of bottles we had accumulated instead of trekking upstairs, or worse—going outside. In this way, Brodney’s basement urine collection began. Why it took him so long to empty the bottles is anyone’s guess, but I suppose no one enjoys dumping litres of their friends’ piss during a hangover.

Upon arrival, I found the usual cartel in the basement, out of money and out of weed. On days like this, with the sweltering heat and too much time to burn, we did the reckless things teens often do. It was only natural. Today, we just happened upon something a little more unusual.

We sat around the glass coffee table, stained with sticky beer rings.

“Come on, Rich, let’s buy an eighth. I can pay you back.” Rob said. He was a frequent visitor in our social circle. Like me, he had arrived late, and missed out on the earlier smoke session. A bright kid with a bookish appearance, he had shaggy hair and thick glasses. He also had a great nose for sniffing out cash.

Rich, however, had a more reserved disposition, and was quieter than the rest of us.

“I’m using my cash for munchies,” he slurred back from the filthy fabric couch. Everyone was visibly let down, including myself. Although I wasn’t crazy about smoking marijuana, my trips to St. Albert often led me to Brodney’s hoping to stumble into some.

We grew agitated. Moments like this reminded us how very little we had in common, and it made things uncomfortable. It was Tyler who then conceived the original plan that would influence my conduct for the rest of my young adulthood: The Chinese Food Heist.

Crouched on his knees, using lighters and Zig-Zag packets, Tyler constructed a map of the street we were on, Linwood Crescent. A few of us had heard this pitch before, although none had ever dreamed anyone would go through with it. We looked on, skeptically amused.

Upon arrival, I found the usual cartel in the basement, out of money and out of weed.

“Here’s the pathway into our street. The house next to it is where we order the food. Someone just needs to grab the food from the driver.”

Tyler was always a source of entertainment for us. He was the type of kid who had ambitious plans and schemes of the get-rich-quick variety, but lacked the audacity to see them into fruition. He would often try and convince us to be the patsies. Maybe it was boredom, or maybe it was ginger beef on our brains, but this time, he proved persuasive.

The idea was to place an order to Jing Village and have the food delivered to a house situated next to the pathway that led to Brodney’s street. The strategy was based on the observation that the driver normally handed the bag to the customer before payment was made. In this plot, the “customer” would be one of us waiting at the doorstep. Of course, this was all dependant on whether or not the driver would entrust the food to the purchaser. The question remained: who had enough gall to grab the goods and run?

I was the natural choice, being the most cordial of the group. I had come to realize by that point that most people thought I was just some harmless gay dude. My mannerisms, tone of voice, and unintentional flamboyance made me come off that way, even though I wasn’t attracted to men. Or at least, I didn’t think I was. Nurturing this persona, I had developed a type of sick, manipulative congeniality. It helped me get out of trouble, and had even landed the occasional job.

Initially, the prank was completely out of the question. There was no way I would do something like that… was there? I would probably do it, I thought to myself; but could I? I had never stolen anything before. Well, nothing expensive.

It didn’t take very long to convince me. I tried to recruit Brodney for the part, because he had a younger appearance that would likely fit our façade. Unfortunately, he wouldn’t budge, so I was up to bat.

It happened fast. We made the call from Rich’s cell phone (an anomaly for a teen to own in 2002), and squealed in excitement. Rich had given me his wallet with thirty dollars inside, and Rob gave me his glasses, which added to my kosher appearance. On the walk over to our target house, uncertainty churned in my stomach.

We timed it perfectly, or so we thought. Brodney and Rich waited in the path where they could see the car pull up, and they dutifully signalled to Rob and I when it had arrived. My awkward approach to climbing fences had always been the subject of much ridicule and mockery, and this time proved to be no different. I fumbled onto the other side with a hard thud.

After getting back on my feet I approached the house. I could see around the corner. There was no car in the driveway. I stalled. My heart was audibly beating through my chest as I turned back around. I could hear Rob panicking angrily through the fence, “are we doing this?!”

Nurturing this persona, I had developed a type of sick, manipulative congeniality.

In that moment, I heard a vehicle pull up, and an unnatural calmness came over me. Rob’s voice faded as I walked away from the fence, past the side of the house, and toward a heinous Toyota Corolla; ugly, rusted, and off-white. The driver, a stout Asian man wearing a dirty cap, was already outside of his vehicle.

“Hi. You warm?” He’d either noticed my cardigan, or the sweat pouring out of my forehead like a wall fountain. I noticed he wasn’t holding the traditional paper bag, but two smaller plastic bags. I hadn’t anticipated this. Would he still hand over the food if he didn’t have to free his hands of the usual hot, heavy cargo?

“Yeah, well, my family has air conditioning.” I chuckled and pointed to the house behind me. Stupid. Everything he said to me in those next few moments was muffled, and I essentially blacked out. The old Raymond was gone. A different Raymond pulled out Rich’s wallet, displayed the bills inside, and announced that he hadn’t grabbed enough cash from his parents.

This was the deciding moment.

“You live in the basement?” The man glanced behind me at the two ground-level windows, which were illuminated. Somebody was home.

“Yeah! Just downstairs there. I just gotta grab more cash.” I was repeating myself now. I wasn’t going to succeed. My greedy hands pawed at a white plastic bag and he pulled away—he wasn’t going to give in.

Then, somehow, he had a change of heart.

“You’ll take the food down and come back with money?”

For the first time, I looked at him in the eyes through Rob’s prescription glasses. And for some reason, that delivery driver believed me. I assured him I’d be right back, and he handed me the two white plastic bags. Clenching them tightly in my hand, I realized this was going to be much easier with the handles. I couldn’t help but smile.

I’d like to say I eloquently sauntered away from that Corolla and breezily approached the fence, but as soon as I made it behind the house, I ran like I had a bomb ready to go off in my hands. Instead of following the original plan of passing the food over the fence to Rob, I used my running start to jump toward the fence, Chinese food in hand. I leapt over it—almost. My waist connected with the fence, flipping my entire body and sending my legs into the air. I dropped down violently on the other side, only to see Rob’s hand grab the bags, still intact. We ran furiously down the street. Adrenaline pumping. Victory at hand. Of course, my shoes were characteristically untied for the entire spectacle, so I wiped out on the pavement not far outside the pathway. With my arm scraped and bleeding, I shuffled to my feet. Rob was already way ahead of me, and I knew we had succeeded.

Ironically enough, I didn’t get to eat much of that Chinese food. My return to Brodney’s house was met with loud applause from everyone. Sometime during my beaming and blushing, I noticed my blood dripping onto the kitchen floor. Rob helped me disinfect my arm and craft a makeshift bandage from duct tape and tissue, while Rich, Tyler, and Brodney feasted on the spoils of my brazen act of juvenile delinquency.

If I had a moral compass, it was cracked. If I was capable of guilt, it was gone in that moment. Pride flooded my skull with excitement and made me thirsty for more. It was the beginning of a new era. 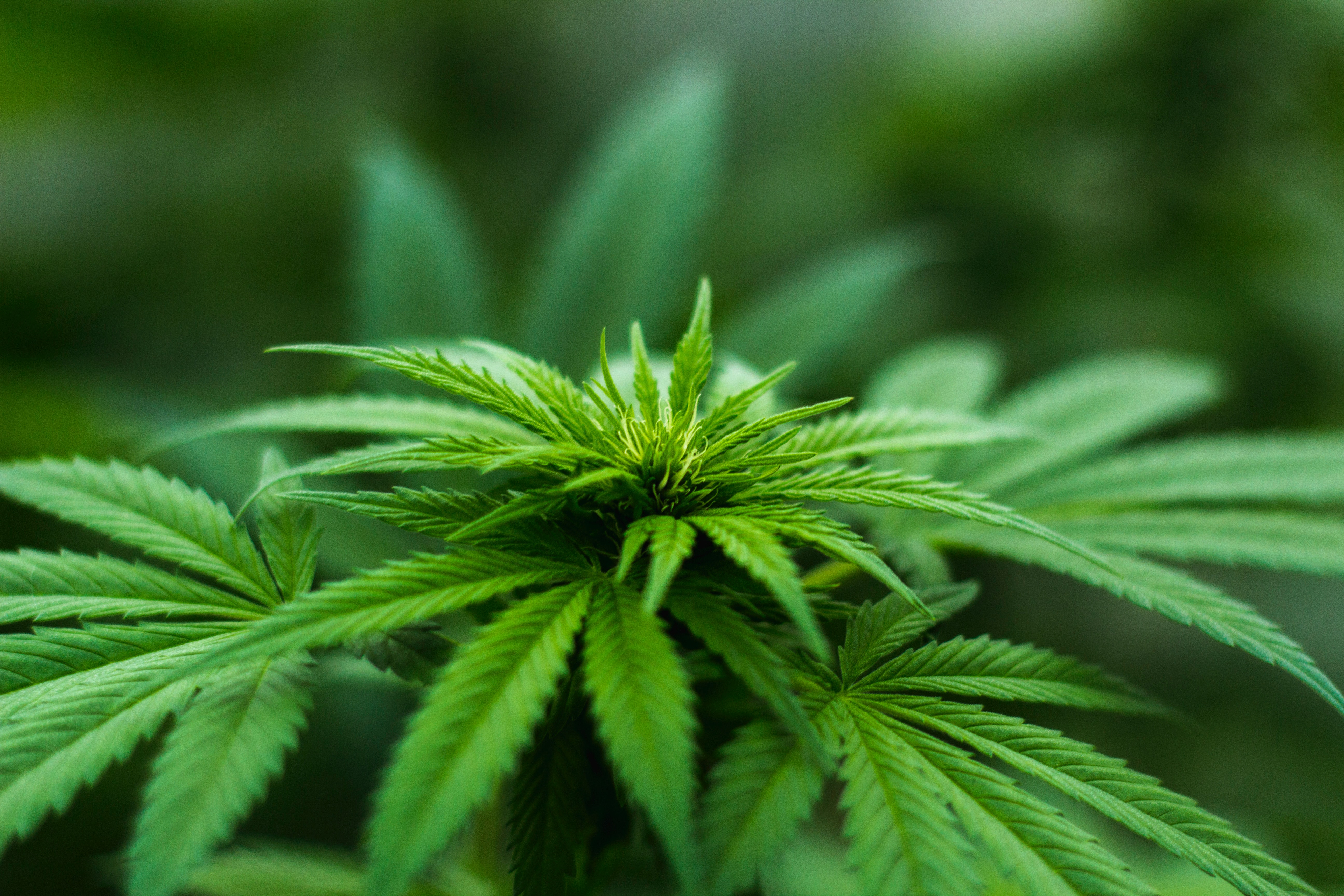 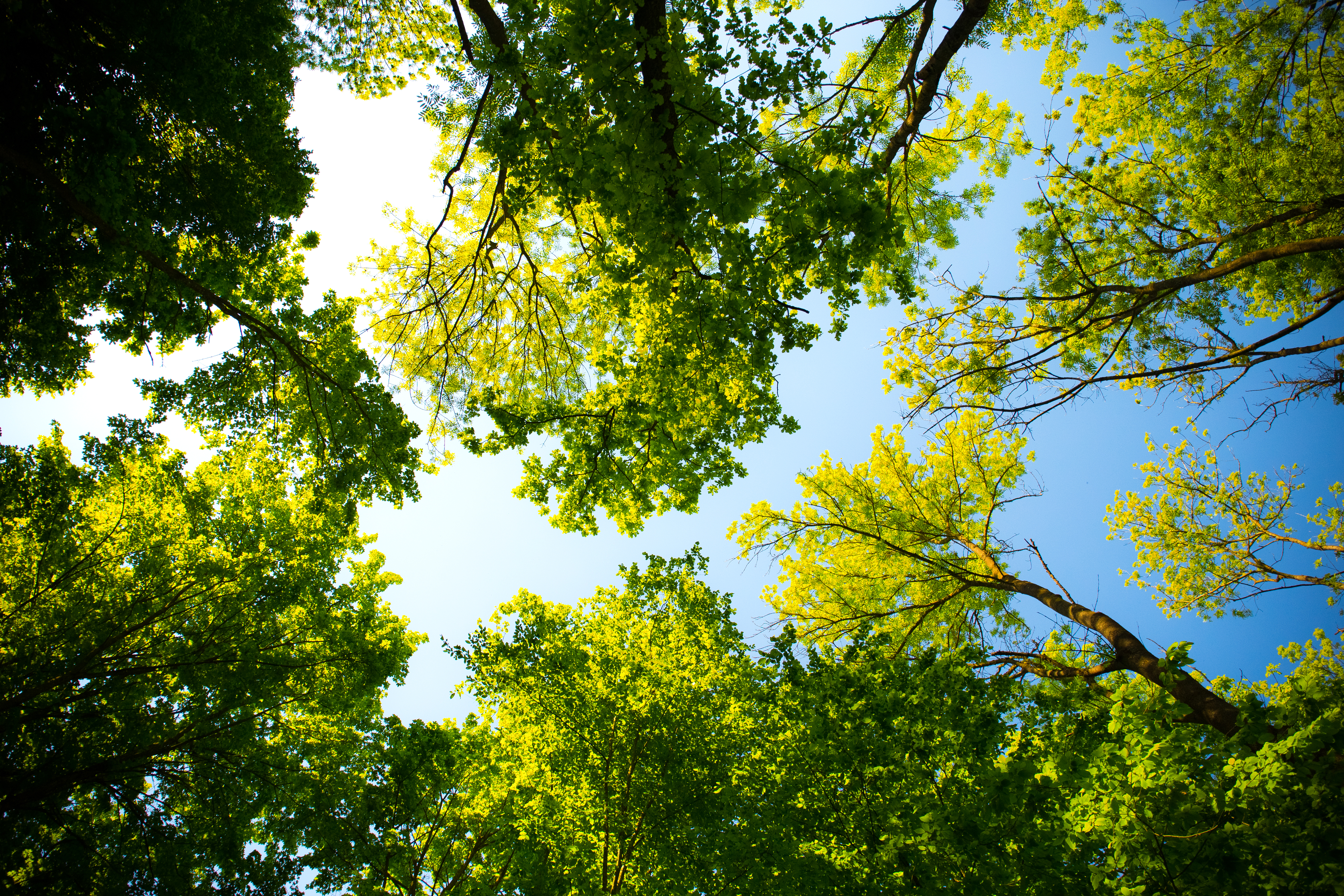 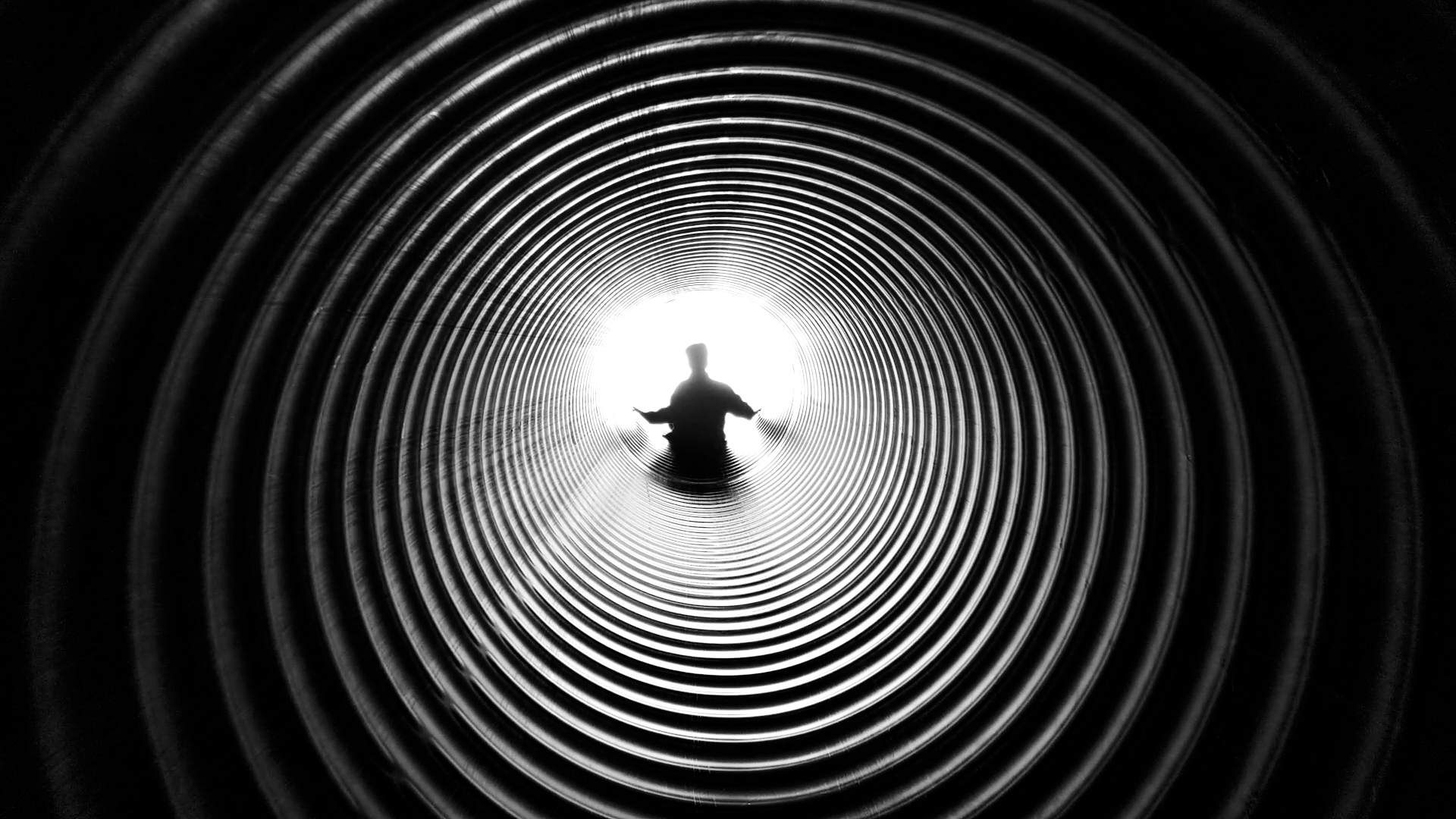