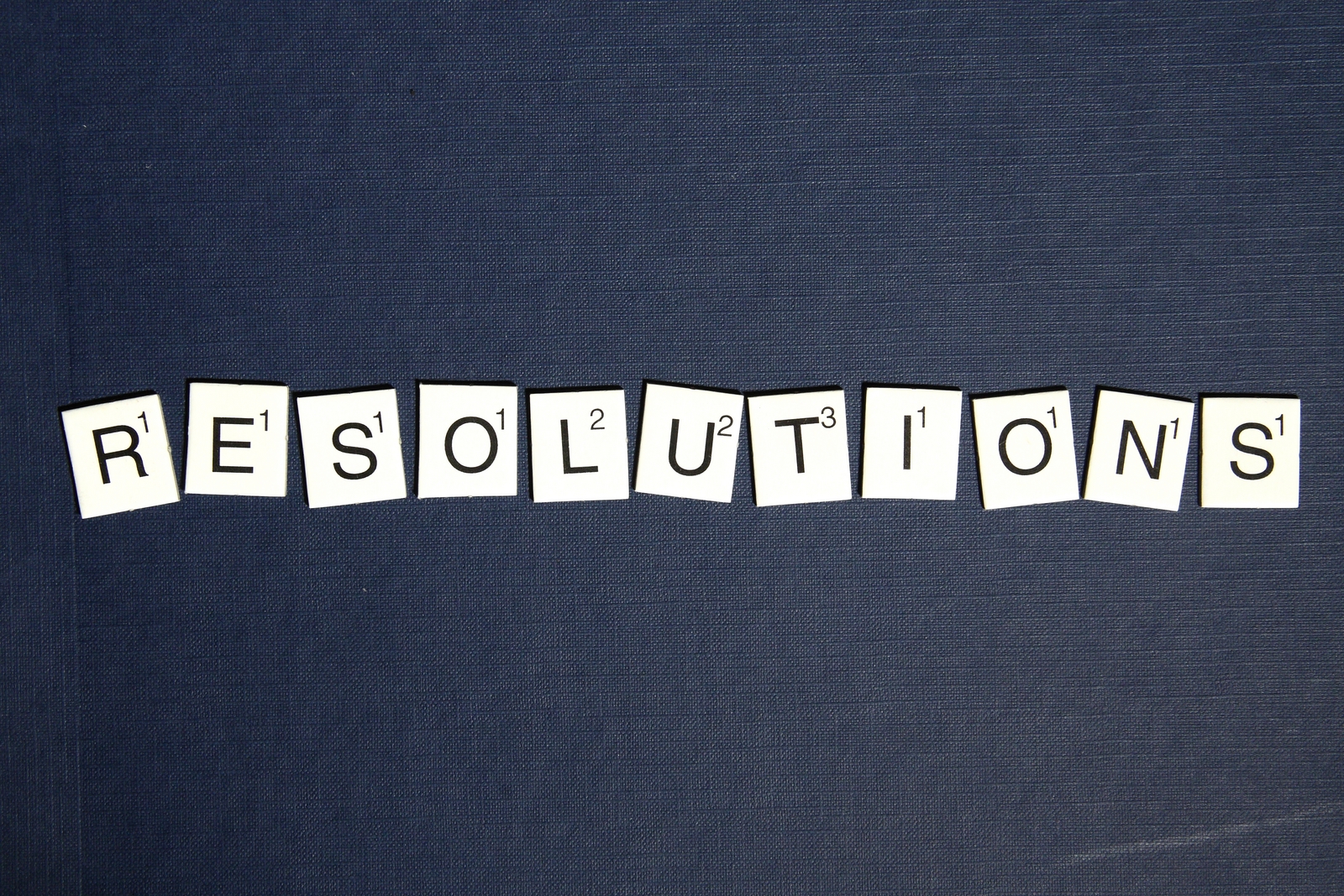 One New Year’s Day in high school, frustrated with my inability to keep any resolutions, I set myself the task of not chewing gum. It was supposed to be easy—I never chewed gum, never craved gum, and didn’t even really like the stuff. Finally, I had a resolution I could keep.

Mid-October, my teacher handed me a gumball and I popped it in my mouth without thinking. “There goes your New Year’s resolution,” my friend said, and I blinked at her, shocked. How could I have messed up the easiest goal I’d ever set for myself? It shouldn’t have been possible.

And yet that is what I do, over and over again. I set myself a New Year’s resolution, and I break it, typically before the first week of the year is over. And I’m not alone.

New Year’s resolutions are so often unattainable, or even unhealthy. “New Year, New You” is a saying I’ve seen flash across my laptop screen one too many times. “New Year, Continue Being Awesome” is something I’d rather see, although maybe it’s not as catchy.

I focus far more on the accomplishment of writing a set number of words every day, rather than what I’ve actually accomplished—getting a decent start on an actual novel. I focus on that one day of slack, that one lull in production.

Troubles arise, too, when I set myself looser goals, such as “write more.” What does that mean, really? If I don’t have a plan for how I’m going to accomplish writing more, I don’t take the goal seriously.

Perhaps what I don’t like about New Year’s resolutions most is that, by definition, we can only set them at the beginning of a year. So that when we fail, it becomes easy to just wait for the next year—even if next year is 51 weeks away.

So what’s the solution? How do we stop flaking out? I suppose the first step is to set realistic goals. Will I write 500 words in my novel every day? No, but I can try. And when I fail, I can try again. There’s no reason to wait until 2019 to do something I want to do now.

In the past, I’ve thought writing 500 words every day would be easy. I pulled out my calculator and did the math—in just four to five months, I could be finished my first draft. I didn’t let myself see that, in reality, my goal could be difficult. I needed to focus less on the outcome and more on the process. How will I make time for writing 500 words every day? What happens when I want to rewrite a chapter or remove a scene? I didn’t want to acknowledge the possible setbacks, so when those setbacks occurred, it became easy to get discouraged. When a goal’s first set, it can seem so shiny and new, so full of promise. We don’t want to acknowledge that daily effort is required.

We should also set goals we genuinely want to accomplish. I failed at the gum chewing goal because I didn’t truly care about it. I just wanted to accomplish something, but the goal had no stakes. So many of our goals have no real stakes for us. We’re bombarded with media telling us we have to improve ourselves, and we don’t have enough media telling us the opposite, that we’re okay the way we are. As a result, we make resolutions we don’t really care about just because we feel we should, then allow ourselves to feel guilty when we inevitably fail.

I think the most important thing when it comes to New Year’s Resolutions is to celebrate our success when it matters to us. If you accomplish a goal, or make progress on a goal, acknowledge that you’ve done something difficult and amazing and be proud of yourself for it. It’s so much easier to make progress on a goal when you believe in yourself than when you can only see your failures.

It’s difficult to balance the line between wanting to improve something about yourself and being proud of yourself the way you are. It’s difficult to know whether it’s healthier to give something up or to continue to press on. Only you can decide if a New Year’s resolution is right for you (or any other resolution, because why wait until January 1?) If you decide to harness the strangely motivating and guilt-inducing power of the New Year, you have my sympathy and my respect. Good luck.