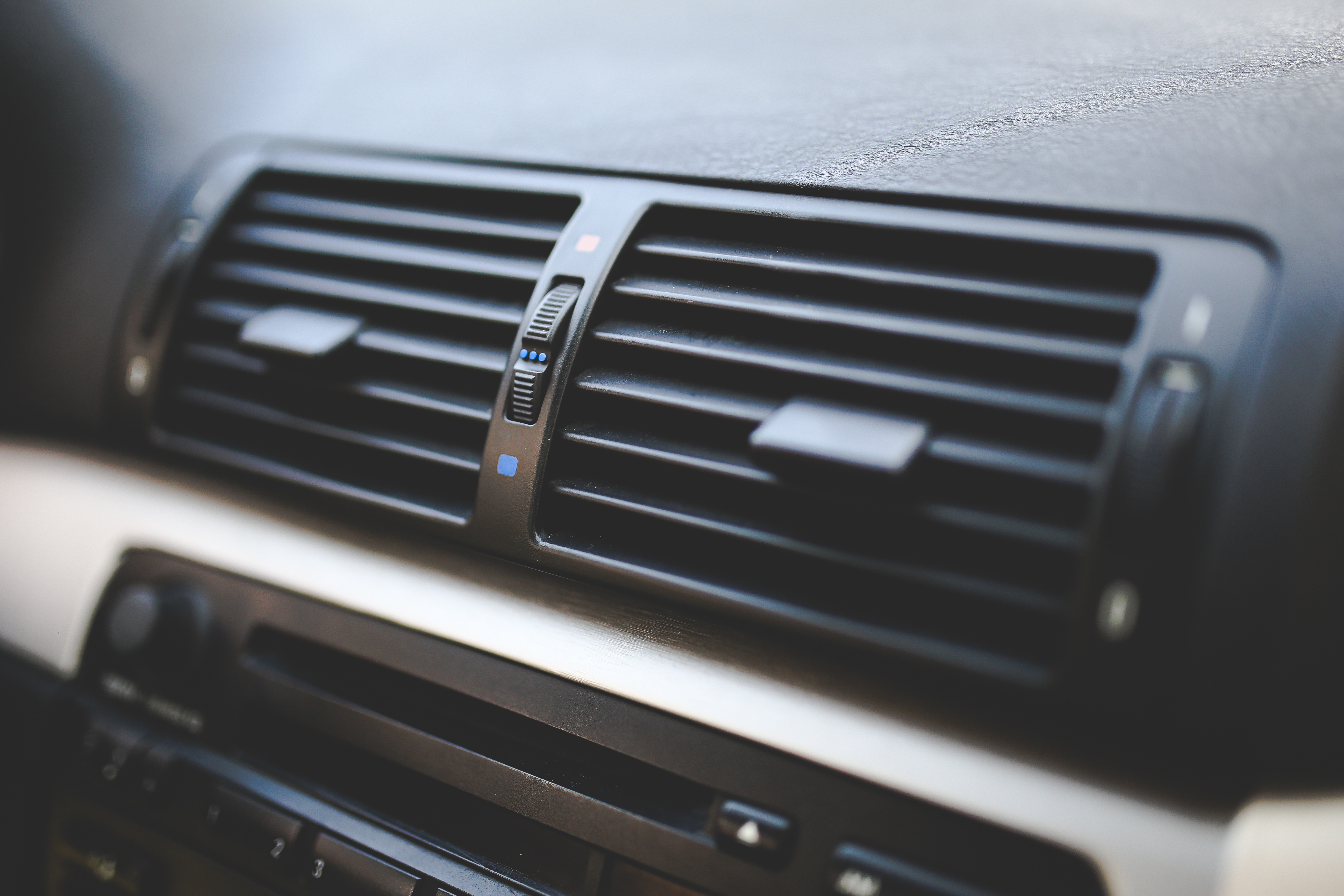 Charlie knew it was his when he saw it. He looked straight past the patches of black paint. All the time his fingertips had spent surfing the endless waves of Craigslist ads and postings in used car Facebook groups had finally yielded the car he yearned for.

Kurt nudged his shoulder. His best friend, more mechanically inclined than Charlie, had come along to ensure it wasn’t a total beater.

The Pontiac Sunfire’s current owner was Philip Baker; who was selling it as a mechanic’s special. Only one question stood between Charlie and the car. Would they agree on a price?

“How was the test drive?” Philip asked.

“I was wondering whether I’d be able to handle a standard with all the hills in Nanaimo, but it came back to me like riding a bike,” Charlie said.

They stood outside Philip’s home in the driveway, pacing around the car. Everything seemed right. He’s been honest the entire time, he even told me about the cosmetic issues on the body. This feels like the car.

Philip opened the driver’s side door, reached down, and pulled the hood release.

“I’ll show you where the release lever is, it’s a little tricky on these.”

Philip’s hand went under the hood, fishing for the release lever before he wedged it open with the hood prop. October’s faded sun draped over the small four-cylinder engine as Kurt and Charlie gave it a thorough look-over.

“No, barely at all. I got it for a steal, put a little money in and tried giving it to my son. He drove it for a week and said he didn’t want it.”

“How could he not want this car?” Charlie said.  Kurt shot him a glare.

“Just one, a young girl. I bought the car from her parents, they practically gave it away. The kid committed suicide. They found the car down a dead-end service road. Too many bad memories.”

“Well, hopefully not in the car,” Charlie said.

Philip didn’t reply, closing the hood. Kurt walked behind him and held up seven fingers. Charlie swallowed. Go in low but firm. You got this. Remember, the ad said he was motivated to sell.

“I’ll make you an offer. Will you take seven hundred for it?”

As Philip signed the papers, Kurt stood near the trunk, staring into the car’s tinted back window. Charlie joined his gawking friend.

Kurt just stood there, taking long drags of his cigarette.

“I’m not feeling so hot. I’ll just follow you to your place, and we’ll get insurance tomorrow,” Kurt said, his eyes never straying from the window.

Philip walked up behind them, rolled up papers in hand. “She’s all yours, my friend.”

“Keys are in the ignition—if you need anything, here’s my number,” Philip said. He handed Charlie the papers and a small sticky note.

Three days later, Charlie was becoming restless. Kurt wasn’t answering his phone calls, or responding to his brigade of text messages. Charlie’s mother had driven him to get the car insured and registered. It was day three of being mobile, and he couldn’t even enjoy it. On a bench outside his apartment building, he looked over the multiple messages. The uncertainty was eating him. His fingers dialed…

A voicemail message played, saying that the user’s voicemail box was full and could no longer accept any messages.

Charlie pocketed his phone and looked at his car across the lot. He noticed something in the driver’s seat. He got up from the bench. The shadow swayed. Charlie grabbed the lighter in his pocket and curled it in the center of his fist.

He approached his car from behind. I remember locking the door. How could someone have gotten in? Long auburn hair swayed from side to side in front of the headrest. Holy shit. Fear pulsed through him. His hands started to tremble.

Charlie grabbed the door handle, lifting as quietly as he could. Just at the point of popping, the weaving stopped. Charlie flung open the door and lurched forward.

There was no one in the driver’s seat.

He climbed in and searched the car, frantic. Nothing behind the front seats, and nobody crept down in the back passenger seat area. He threw his hat onto the dashboard. Am I losing it? Was this delusion a result of the drop of communication from Kurt?

Charlie glanced at the rearview mirror and notipeced it was out of place. A flick of his right hand adjusted back.

There was a mass of auburn hair in the backseat.

The door slammed shut and locked. Two beady red eyes stared through the tangled mess. Through the locks, he could see pasty white skin, a broken nose with dried blood protruding through, and disproportionate shoulders. It seemed to favor the left, or maybe its collar bones were broken.

The woman made a sound, a click, like her mouth was extremely dry. Like her tongue was stuck to the palate, and when she peeled it off, it ripped.

The woman replied in three long-spaced, somber clicks. Charlie stared into the mirror at the red infernos in her eyes; they mesmerized him. He couldn’t look away. Her hair started to stand on end and wave, slowly, as if there were zero gravity to invite it to join the rest of its body. He could see her face clearly now. Deep gouges ran down her cheeks and her nose was twisted to the right. A light-blue blouse soaked with blood became visible as the hair continued to rise, out of the woman’s face and away from her chest. My god, is this the girl?

Charlie reached into his pocket, grabbed his car keys and started the car. His eyes burned, mirroring her swirls of fiery red. He didn’t know why he was throwing his car into reverse. It felt like his intestines were swirling in synchronicity with the red portals within his eyes. He wondered if he was paralyzed, but that didn’t make any sense because he was driving his car out of the parking lot. Something had hijacked his body. His body did as commanded, and drove.

When the black Sunfire reached the side of the crumbling cliff on the outskirts of Parksville, Charlie cranked the emergency brake and turned off the headlights. He was parked next to Kurt’s Honda. This is where Kurt is. This thing did the same thing to Kurt. What have you done to Kurt?

Goosebumps lined every inch of Charlie’s skin as the woman clicked and her head turned. Vertebrae cracked as her eyes drew toward the cliff. Where’s Kurt? Charlie tried to scream. As if he had said it out loud, the head snapped back, tilted to the side. Charlie could see her half-smile in the mirror.

The driver’s door opened, and Charlie stepped out. Waves crashed at the base of the cliff, as if the ocean was at war with the eroding land. One foot in front of the other, Charlie marched toward the edge. He had driven down a dead-end road. This is where the parents found the car.

Three silhouettes stood near the edge, their eyes illuminated. One step closer, and he saw Kurt. A jagged bone protruded from his shoulder, through his blood-soaked shirt. The same shirt, the same clothes from three days ago: a black ball cap, white t-shirt, blue jeans, Converse.

The woman from the back seat stood beside Kurt, and beside her another girl. She, too, wore a blood-soaked shirt and stood crooked, broken bones escaping from her leggings.

Charlie thought fight-or-flight would kick in, as one foot stepped over the edge, but he just lurched forward as the hands of gravity pulled him. As he fell, the woman released him, and he had one last moment of control as he plummeted. Ocean met the very bottom of the cliff, but so did the razor sharp edges of the rocks it had shaped.

Charlie closed his eyes twenty feet before impact, his head cocked to the right and arms cast out to his sides. Before his body met the blue-black ocean, he felt fingers interlace in his, and a whisper.