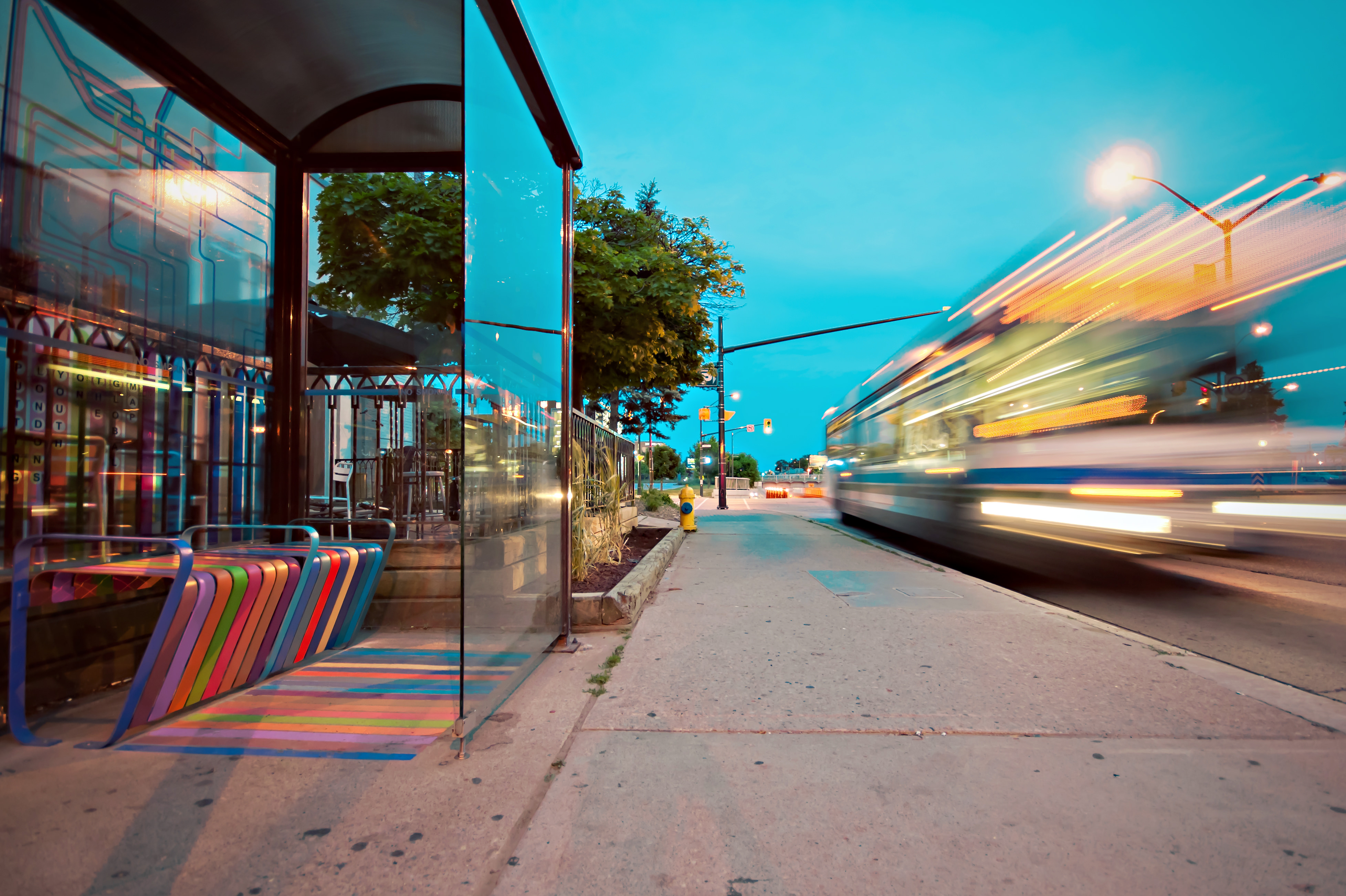 I look up and flinch.

The tract man has been by, again. He’s left four tracts, stuck to the inner glass of the bus station by a cross of double-sided tape. One of the titles reads “Going Down?” The other student at the stop has been sitting in silence, watching me. He has read my expression correctly: a wince of dismay.

He asks if I believe in God. An interesting question.

There are some questions I can answer with perfect ease. “Are you Canadian?” is one. I have no hesitation to label myself Canadian, to hold my Canadian passport prominently in the airport, and to mention my Canadian heritage abroad. This is because I assume that my listener will, on average, associate being Canadian more with figures like Terry Fox, and less with figures like serial killer Robert Pickton.

When it comes to religion, specifically Christianity, this confidence withers in the wake of the deeds of— well, the tract man. I am hesitant to openly brand myself a Christian. This is not because I am ashamed of my faith or feel persecuted. It is because I suspect that my listener will associate me less with Martin Luther King Jr. or Dietrich Bonhoeffer, and more with the tract man and Kool-Aid-drinking Jim Jones. I could hardly blame them.

“Yes. But not…this way.” I gesture to the tracts. “This is not the right way.”

“Then what is the right way?” asks the guy.

This one stumps me.

If you ride the bus to Vancouver Island University, you will, most likely, be familiar with the following spectacle: pasted about head height to the inner glass walls of our bus kiosks, several small Ziploc bags containing small, dark rectangular booklets. These booklets are fundamentalist Christian tracts in comic book form, mostly written and illustrated by a man named Jack T. Chick.

If you sit at that bus stop long enough, you may see the tract man. He is old, unshaven, red-faced and pockmarked, and wears thick glasses. Over his swelling torso, a bright T-shirt, bearing references to Bible verses. Or perhaps you have spotted him with the other shirt, the one that proclaims the imminent ending of the world itself and beckons viewers to seek salvation in Jesus Christ. His very body is a testament to his beliefs, his every second aflame with the urgency of ultimate concern. There is not a shred of doubt in this man.

If you watch long enough, you will notice the large, immaculately ordered cart he pulls, filled with cubby-holes stocked neatly with more Chick tracts and miniature Bibles. The first time I saw the tract man at VIU, he selected a little Ziplocked tract from his cart with the care and specificity of a sommelier. He solemnly pressed it to the cross of double-sided tape that he had fastened to the glass, and moved on to the next kiosk.

I felt, as I did the day I was asked about my beliefs, a mix of emotions: morbid curiosity at the man’s single-minded, heavenly commission, and sadness and disdain for the tracts themselves, for the hate-filled morbidity of that particular brand of Christianity. I wanted to remove them, for no one to ever associate that man’s religion with my own but didn’t want to be seen as just one more cold face in the system.

I never had to decide. Another student waited until the tract man had left, and removed the tracts with a smile. She ripped them from the walls, and threw them theatrically, triumphantly, into the trash. I was startled by the gesture.

The tract man posted his literature in the next two kiosks and boarded the next bus without saying a word. After the sad, shambling solicitor had passed, and the sneering champion of secularity had gone her own way, I was left sitting in a grey mood, staring up at that cross of sticky tape.

Whether through function or implicit symbolism, the tape on the glass formed a cross. Through the glass shone the rays of a late-September sun. In this simple icon, I found far more beauty and transcendence than the acts that had come before.

But the man and his tracts lingered. What is his purpose?

The tract man isn’t trying to share ideas, create a dialogue, or be nice. He isn’t even trying to get converts to his religion. To the tract man, his deeds take place on a scale of life and death. There is nothing less at stake than a human soul, in all its wounded glory. The tract man may not understand the greater world, may not see that his proselytizing is unwelcome, his ideas repugnant, his literature filled with fire, brimstone, and hate.

But, like it or not, the tract man is doing it because he loves us. He does it because he wants to save our souls from Satan himself.  That tract is your ticket to Heaven.

It is worth pointing out that, despite his visibility, the tract man is an outlier within the two millennia of Christianity’s history. He built his home on the wreck of a modern world. Far from being a return to an older, truer Christianity, it is as new and stark as a fresh wine stain on a wedding dress. Fundamentalist strains of religion almost always arise as a response to crisis, perceived or genuine. The crisis that prompted men like Jack T. Chick and the tract man to create a strict, exclusivist, anti-modern “Christianity” is alienation.

Developments that most of the world perceive as progressive and beneficial—from multiculturalism to feminism—strike the tract man and his forbears like the death knell of civilization itself.

In the face of a world that has turned on them, spurning their doctrines and ridiculing their leaders, the fundamentalists retreat into their high-walled fortresses. The only excursions thenceforth are mounted by lone actors like the tract man, armed with the petty weapons of an army under siege.

I don’t hate the tract man. I pity him. He inhabits a world that has left him behind, because he rejected those parts of it that challenged him. He works without glory or recognition for a reward he considers to rest on the fate of the universe itself.

But I do hate what he does. That his ideals and mine share an ideological ancestry, however warped, mutated, and nebulous, is a fact that gives me pause. It is destructive that he contributes to a powerful image of Christianity which is in no way indicative of the best, the truest, or even the mainstream of that faith. What he does reflects badly on me, and I cannot trust that everyone who sees those tracts is aware as I am of the historical context of his fringe-faith.

Back to that student’s question in the bus stop. What is the right way?

I don’t have an answer yet, but not this.