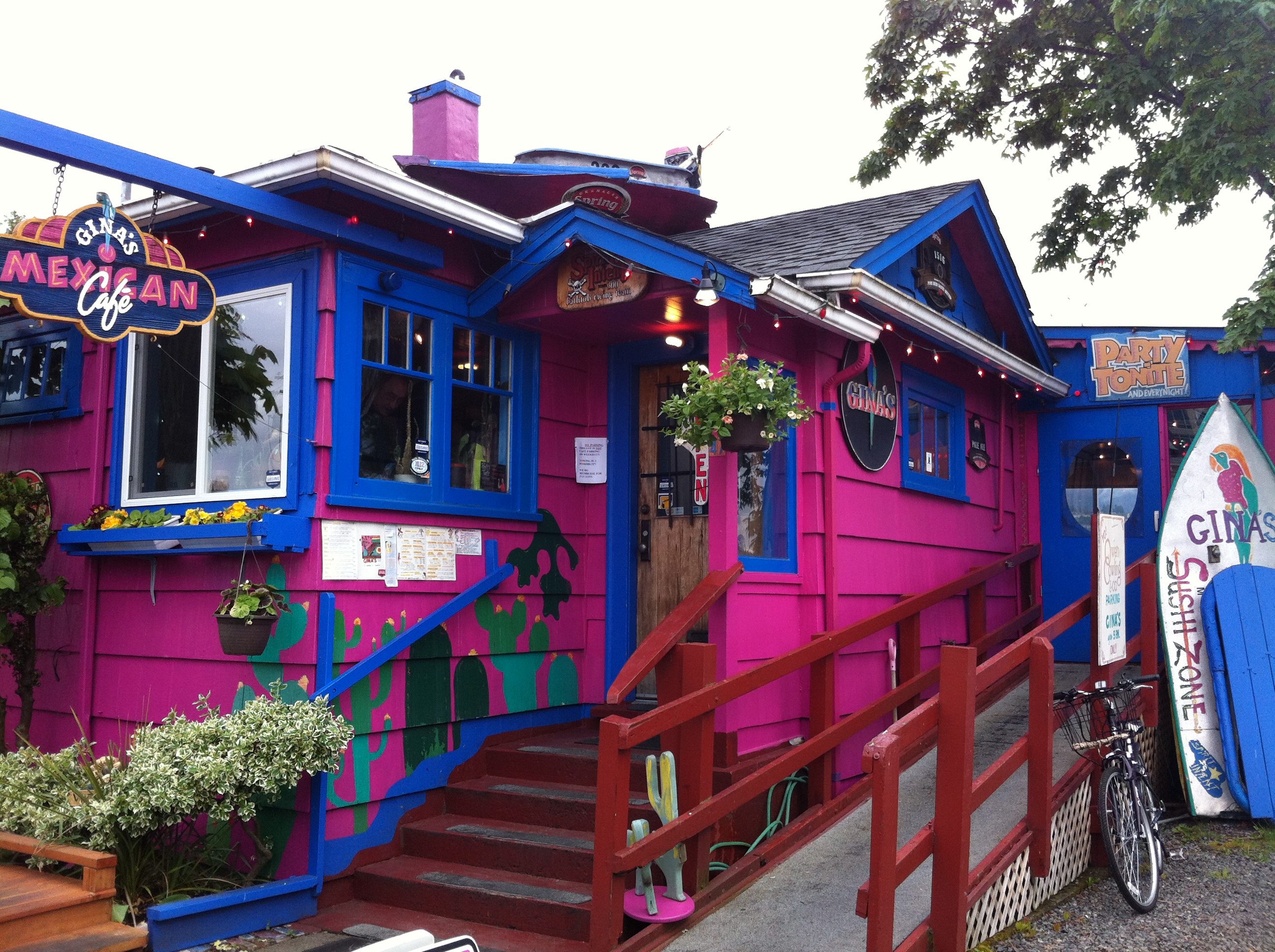 When you’re in need of some Mexican cuisine, very few places in Nanaimo will satisfy like Gina’s Mexican Café. The service and food are fantastic, while the environment feels unique, festive, and—okay, let’s just get this out of the way.

We’ve all heard tales of Mexican food and its destructive potential on the digestive system.  My stomach isn’t always the most cooperative, and hot and spicy food items are usually a gamble.

So if the gorditas happen to win in a standoff against my gut, it’s important to familiarize myself with the fastest route to the best baño I can find.

Thankfully, at Gina’s, the food doesn’t cause any trouble. How does the bathroom hold up, though?

Well, they lose points for placing a table right next to the restroom, and I mean right next to it. I would have snapped a photo but I doubt the family of four eating their meal would have enjoyed appearing in this review.  I definitely got looks as I snuck by and swung open the door.

Hey, they have a cute illustration on the door though—look at that little guy. I’ve never seen such an adorable smiling… poncho? Chef hiding under a table?  Mushroom growing on a dirty blanket?  Some sort of flasher, waiting to expose himself? Maybe it’s a Roger Hargreaves cartoon after he had one too many cervezas.

At any rate, I certainly appreciate the hand-drawn artwork. Once inside, I was delighted to find more cartoon friends.

Now, even if I wouldn’t want to think about bugs crawling on the floor while doing my business, these little guys are so charming that I almost feel like I’m the filthy, unwelcome guest.  They’re like a cute, dancing, cockroach welcoming-committee.

A snake, too? At first glance I thought maybe this guy was a Jalapeño pepper. However, I was pleasantly relieved to find they decided to maintain the “disgusting and terrifying desert creatures” theme for the facility. Much better than something food-related. I mean, come on. How cliché would that be?

As for the toilet: it was clean, and the paper well-stocked. I’ve got to wonder though, who is this Jack, and why does he bring a white-out pen everywhere he goes?  Come on, Jack. You could have at least gotten creative, wrote “Jose,” and drawn a cactus or something. No one cares about your big #481. Hell, that’s not even a good number. Were you feeling compelled to mark your territory, just in case someone else had the same great idea as you? I guess all the other white-out sniffing restroom gangs missed out this time. You sure showed them.

To sum up, this place smelled decent and had an entertaining theme. Frankly, it was a pleasure to see someone take entrepreneurial initiative and make this bathroom muy bueno.